Harrisburg teachers may have called off a one-day strike they’d planned for Friday, but one of the city’s leaders in the General Assembly is still calling for the struggling district to be put under state control.

Sen. John DiSanto, R-Dauphin, told the Capital-Star on Wednesday that the one-day strike planned by the Harrisburg Education Association teachers’ union offered further proof that the district lacks leadership and should be under the control of a state-appointed receiver — sooner, rather than later.

“I’ve learned to say, ‘what else can go wrong?’” DiSanto said Wednesday. “The last thing I thought we would have is a strike, and now there’s a strike… I think a lot can continue to go wrong.”

The teachers called off their strike late Wednesday night, once they’d reached an agreement with the district’s labor counsel.

But according to DiSanto, his position on receivership — which would put the district under the executive control of a court-appointed administrator — hasn’t wavered since he and other elected officials first launched the call for state control last month.

In April, DiSanto joined Harrisburg state Rep. Patty Kim and Mayor Eric Papenfuse, both Democrats, in asking the state Department of Education to put the district under the control of a court-appointed receiver, who would run all of the district’s financial and administrative operations for at least three years.

Their effort followed reports that the district would not comply with a state audit of its finances.

DiSanto said he hasn’t changed his mind, not even after Harrisburg voters ousted four incumbent school board directors in the May 21 municipal primary election. Voters chose to send a slate of union-endorsed candidates to November’s general election, where they’re expected to cruise to victory without any Republican challengers.

Many saw the election as a rebuke of the sitting school board and district administration, and a chance to bring true reform to the long-struggling school district.

But DiSanto pointed out that the current board and district leaders can still do a lot of damage before the new crop of board directors take their seats in December. He worries the district is far behind schedule preparing for the upcoming school year, which will begin in September.

“We need to take drastic action to get this district back online,” DiSanto said. “We need someone who is empowered to say, ‘This is what we’re going to do.’”

Kim, however, said Thursday the election offers new hope to the district, which in the last two years has seen an embezzlement scandal, hundreds of teacher resignations, and falling student test scores.

“The dynamic has changed,” Kim said of the election results. “I think the new school board with the new members will become more independent and more open minded.”

Kim, who served as a Harrisburg city councilor before she was elected to the House, said she’s sympathetic to elected officials who have to operate public institutions with limited financial resources. Avoiding receivership, she said, would respect the authority of the locally elected school board, and of the newly elected members who deserve a chance to govern.

Kim said she may change her mind if a Department of Education audit reveals criminal activity in the district, or if its board and administration refuse to comply with the agency’s mandates.

In the meantime, however, she thinks the state should take a heavier hand in assisting the school district.

Kim said she’d like to see a “hybrid situation” where the state has more authority to intervene in the district’s operations.

She said that the district’s chief recovery officer, who was appointed by the Department of Education last year to help the district implement a long-term recovery plan, could “step out of the advisory role” and be empowered to make decisions for the district.

That proposal sounds a lot like receivership, since courts can appoint a current chief recovery officer to act as a receiver.

But Kim insisted that she couldn’t support full-on receivership, since it would strip the elected board and the community of its power over the school district.

“There’s definitely a sense of urgency, but I don’t want to see a power grab,” Kim said. “I’m looking to make sure that the school district has some local control.”

The state Board of Ed advanced new science standards for the first time in two decades. That could transform how schools teach climate change 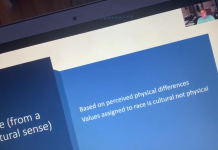 Duquesne U. prof put on leave after using ‘N’-word multiple times in video class with student

The teacher strike is off, but Harrisburg’s senator is still calling for state control

by Elizabeth Hardison, Pennsylvania Capital-Star
May 31, 2019

These pro-transgender rights candidates are running for office in red districts....