Following through on a promise he made last month,  Gov. Tom Wolf has announced the creation of the Pennsylvania State Law Enforcement Citizen Advisory Commission.

The administration has been advancing police reform bills in the wake of the protests that sprung up around the state and country after the May 25 death of George Floyd in Minneapolis.

“My administration is committed to bipartisan criminal justice reforms that are fair and inclusive and support public safety,” Wolf said Friday in a statement released by his office.  “My executive order moves us one more step forward to address the systemic failings that have created inequities and public mistrust of law enforcement.”

The commission will be led by a newly created Deputy Inspector General for Law Enforcement and Oversight, the administration said. The group will also include 15 members appointed by the governor. The members will represent the different geographic areas covered by the state police and six at-large members.

The group will review practices, procedures and policies of law enforcement agencies that fall under the governor’s control, such as the Pennsylvania State Police.

It will also be able to review internal investigations into allegations of excessive force or bias. The commission can then choose to release its own report on the investigation.

The first of those bills required more thorough background checks of anyone hired by law enforcement agencies. It creates a database of separation records of police officers.

The second bill requires mental health evaluations after the use of lethal force. It also requires more training programs for police in areas such as deescalation techniques and implicit bias. 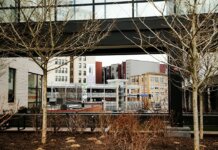