PHILADELPHIA — As city and state leaders rush to enact police reforms, the head of Philadelphia’s police union says he has worked behind the scenes to lobby for some changes but opposes others.

“We basically helped carve out some language in Harrisburg to help with some of the reform and we’re working here in Philly, too,” said John McNesby, president of the Fraternal Order of Police Lodge No. 5.

The union head has taken a less visible approach to dealing with calls for police reforms stemming from the police killing of George Floyd in Minneapolis in May compared to the past where he has held rallies and blasted critics from inside the union’s Northeast Philadelphia headquarters.

McNesby has primarily used social media to issue statements and post a video marshaling support for officers and condemning critics — as well as hawk T-shirts backing a police officer accused of assaulting a Temple University student during a protest.

McNesby, who represents many of the officers in the city’s 6,500-member force and thousands of retired officers, said he supports some police reforms already passed and still proposed, including:

A proposed city ban on chokeholds, which City Council will take up in mid-September; and

The creation of a confidential statewide database for police departments to track the disciplinary actions and misconduct complaints against law enforcement personnel, which Gov. Tom Wolf signed into law this week. The legislation will not make these records publicly available.

“We want to be a part of a solution, not a problem,” McNesby said.

Yet the union president’s support for reforms stopped there and he pushed back against others, including the reinstated residency requirement for new officers and city employees, and proposals to create a strong police oversight commission and hold public hearings on contract negotiations.

McNesby said he will continue working with lawmakers over the summer and he looks forward to City Council reconvening in September.

Crystal Coleman Williams, president of the Guardian Civic League that represents Black officers, said she was pleased McNesby came around on supporting some reforms but it was “disappointing” he didn’t advocate for more changes to restore the community’s trust in the police.

“Bring something to the table,” Williams said. “He needs to look into it [police reforms] to see what we can do to support the community and have the community trust us more because right now it’s a matter of trust.”

‘This is new for us’

The powerful union has been successful at preventing past reforms, including opposing the creation of an independent commission to investigate police shootings in recent years.

But a month of daily protests in the city has pressured lawmakers to act over the opposition of the union.

“They are definitely losing public opinion support,” he said. “For the first time that I can remember, people are now beginning to question whether everything [the union has] always said is true. This is new for us.”

Tyler said he was encouraged by McNesby’s opposition to some of the reforms.

“We’re on the right track,” Tyler said. “If [McNesby] doesn’t like these things that we think are the ones that are game-changers, then we’ve really struck a nerve.”

A bill reinstating a residency requirement for city employees, including police officers, passed in City Council last month over the union’s objections. The legislation requires city employees to live in Philadelphia for at least one year prior to joining the city payroll.

The residency requirement, McNesby said, would hinder the department’s recruitment efforts of minorities.

“I don’t believe anybody is going to move into the city hoping they get a job,” he said.

Williams disagreed, saying the residency requirement would “do the opposite” and lead to more people of color joining the majority-white department.

The push for more police oversight

Legislators also pushed through a resolution last month to place a referendum on the November ballot that will ask voters whether to create a new police oversight commission in Philadelphia. Officials have pledged the new commission will be more powerful than the current Police Advisory Commission and have subpoena power.

A new police commission with more teeth was a no-go for McNesby — “It just creates another level of bureaucracy.”

But asked whether the existing city, state and federal oversight of the police department was adequate to root out bad cops, McNesby said, “No.”

“It depends because you’re looking at some things that have taken place over the last month not only here but around the country, that we’ve never seen before,” he added, referencing the protests around the killing of Floyd.

Williams, on the other hand, backed the formation of a new commission, saying, “Police can’t police themselves.”

Menos said the new commission would have more teeth than his if it is able to front-line investigations into officer complaints and compel officer testimony, which advocates are calling for.

The push for transparency in contract negotiations

Primed for the fall is a proposal in City Council that would bring transparency to the city’s collective bargaining negotiations with the police union by requiring a public hearing prior to the city’s submitting its proposals to the union.

McNesby, however, brushed off the bill, saying public hearings on the city’s collective bargaining proposals were moot because negotiations nearly always are decided through arbitration.

“We don’t really negotiate,” he said, adding, that the union and the city “present both sides and [the arbitrator] rules.”

When it comes to contract negotiations, a state law locks the city into binding arbitration when a collective bargaining agreement cannot be reached between the city and police union in exchange for barring emergency personnel from striking.

The state law, Act 111, also imposes binding arbitration on discipline proceedings. City officials and critics have said for decades the state law stymies their ability to permanently remove bad cops and allows for arbitrators to reinstate cops even when accusations of abuse are proven.

Councilwoman Katherine Gilmore Richardson, the main sponsor of the proposal, said in an email that her legislation would give residents a voice in the negotiation process. But she sidestepped questions about how the state’s arbitration process could dilute the intent of the bill.

“The people of this city have the right to be part of the process that sets the terms for a department that has such a wide-ranging impact on their lives,” Richardson said.

Legislative police reforms in Philadelphia are on pause for the summer, as City Council is on break through mid-September.

McNesby said he and the union will continue to work with lawmakers over the break and looked forward to the reconvening of council.

“Let’s wait and see what happens come the fall,” he said.

Tyler said the future of police reforms in Philadelphia will depend on whether the advocates can sustain their energy around demanding change from city officials.

“My hope is that it will last long enough to put a real dent into a system that has been extremely difficult to even make incremental changes,” Tyler said.

“And the kind of changes we need are not incremental, they’re not small: They need to be big, sweeping and deep changes into how we do policing.” 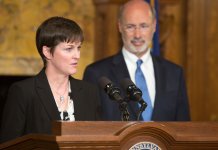 On anniversary of landmark case, DHS faces allegations it violated law protecting those with disabilities 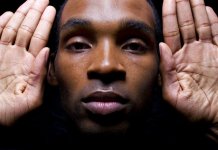 Pgh police review board asks for more info from community on...