(*This story was updated to reflect that the bill language while modeled after Virginia, does not have a set percentage of regulations to cut yet. It was also updated with comment from the the Department of State.)

Two freshmen lawmakers are proposing a bill, modeled of one recently passed in Virginia, to slash state regulations for the good of small business owners, people released from prisons, and would-be licensed professionals.

Reps. Andrew Lewis, a Republican from the Harrisburg suburbs, and Malcolm Kenyatta, a Democrat from North Philadelphia, have proposed the “Fighting Chance Act.”

The bill is modeled after a similar measure in Virginia that mandated that over the next three years, the corrections and professional licensure departments cut 25 percent of their regulations.*

It passed the state’s Republican-controlled legislature last year and was signed by Democratic Gov. Ralph Northam.

Lewis’ and Kenyatta’s bill would also target Corrections and the Department of State — in charge of issuing licenses for 255 different occupations, from barbers to doctors to car dealers.

The cuts can come from anywhere in the agencies’ codes. The agencies would also issue progress reports and request legislative changes as needed from the General Assembly.

Kenyatta described the language as “common sense” and a chance to help employ and raise more people out of poverty.

“The goal here it to make it easier for these folks,” from small business owners to formerly incarcerated people to anyone hoping to join a profession, Lewis said.

The measure passed with just a handful of dissenting votes, and was praised by free market, libertarian think tanks like the Mercatus Center and the Institute for Justice.

In a Washington Post op-ed, Nick Sibilla, an Institute analyst, said earlier reforms for hair braiders in Virginia made it easier for many entrepreneurs, particularly people who are black, to open their own businesses.

Aubrey Layne, secretary of finance for the Commonwealth of Virginia, said the measure has worked so far.

As opposed to an aggressive “shotgun approach” that requires agencies to cut two regulations for every one added, he said this policy lets state departments look through their own books over time to find unnecessary rules.

Letting changes such as cutting 300 hours of required training for a hairstylist license count was also critical. “Even though you haven’t reduced a regulation you’ve still cut red tape,” Layne said.

Virginia’s law applies only to corrections and licensing, but the goal is to gradually apply the same standard to all agencies, according to Layne.

Pennsylvania Gov. Tom Wolf has expressed interest in cutting government restrictions on professional licensing, especially for individuals leaving prison. In late 2017, he asked for a report on the state of certification in the commonwealth.

Released last June, the report found that 27.8 percent of Pennsylvania workers are either licensed or certified. That puts Pennsylvania in the middle of the pack among states.

Based on that report, Wolf suggested edits to 13 occupations’ licensing, including the elimination of hair braiding certification and tweaks to permits for auctioneers, barbers, and practitioners of “Oriental Medicine.”

“We must cut the red tape, reduce the bureaucracy and ensure overly burdensome rules and fees do not block hardworking people – especially our military spouses – from getting a good job, supporting their families and growing our economy,” Wolf said in a statement.

Licensing concerns can become even more acute when they include morals clauses or other restraints that prevent people with criminal records from exercising their profession, Rep. Sheryl Delozier, R-Cumberland, said.

Delozier said the General Assembly’s Criminal Justice Caucus, which she helps lead, wants to tackle reforms that allow professionals to go back to their jobs if their only crime was, say, shoplifting.

“That has nothing to do with if they can cut hair,” Delozier said. 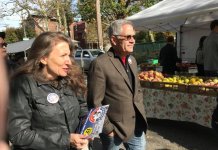 ‘We are all in the crossfire’: With gun violence on the rise during the pandemic, one Philadelphia mom is fighting back | Thursday Morning...

It’s not just Republicans talking about cutting regulations in Harrisburg