When a spate of domestic murders swept Philadelphia in 2009, one of the largest women’s shelters in the city launched a new initiative to support police officers responding to hundreds of domestic disputes each day.

Women Against Abuse, a women’s shelter and legal aid organization, used money from a federal grant fund to launch a new telephone hotline. It helps police connect abuse victims with emergency housing and counseling to protect them from dangerous partners.

The partnership has been in place for nearly a decade. But advocates say this program, along with countless other services for Pennsylvania crime victims, may be in jeopardy over the next two years unless federal lawmakers intervene.

After reaching a record high in 2017, grants from a federal fund created by the 1984 Victims of Crime Act have plummeted.

The VOCA fund, as it’s commonly known, is one of the largest sources of grant money for local agencies and nonprofits that provide services to crime victims.

“It’s almost at crisis level,” said Elise Scioscia, policy director at Women Against Abuse. “The trend we’re seeing is not sustainable, and we’re worried we won’t be able to cover all of our existing services.”

John Delaney, chairman of Pennsylvania’s Victims’ Services Advisory Committee, said that VOCA-funded programs “serve survivors of victims of all sorts of crimes in every county in the state.”

Delaney said the money for the federal grants comes from a single source: fines and penalties levied against people convicted of crimes in federal court, including companies and individuals convicted in corporate fraud cases.

The U.S. Department of Justice, which prosecutes those cases, put an average of $2.7 billion into the fund each year between 2009 and 2017, Delaney said.

The fund balance reached an all-time high when it received a $6 billion deposit in 2017, according to records from the Pennsylvania Commission on Crime and Delinquency, which distributes Pennsylvania’s VOCA grants.

Pennsylvania got a $128 million cut that year from Congress, which distributes a portion of the fund as grants under a state-based funding formula.

But deposits decreased drastically in 2018 and 2019, to approximately $450 million each year.

As a result, Pennsylvania share of grant money is down to approximately $84 million, Kathy Buckley, director of Pennsylvania’s Office of Victims’ Services, told the Capital-Star.

Delaney said any government or non-profit employee knows that grant funds can fluctuate. But the one-two hit to the VOCA fund has led many advocates to think the falling balance “is a trend, not an anomaly,” he said.

That prospect is particularly troubling because the 2018 deposit into the fund allowed Pennsylvania to greatly expand its victim service agencies.

That year’s grant recipients used the windfall to launch new programs for English-language learners, young African-American men, and other previously underserved populations, Delaney said. He and others worry many of those initiatives may be on the chopping block if VOCA funds continue to decline.

“The bottom line is, they hired experienced people to provide really good services, and now the threat several years down the line is that they’re not going to be able to sustain that,” Delaney said.

Unless they find another revenue stream to replace their VOCA funds, there’s little that grant recipients can do to brace for funding cuts.

Federal rules require VOCA money to be spent in four years, which means recipients can’t squirrel it away for longer-term projects, Buckley said.

The Pennsylvania Commission on Crime and Delinquency, which administers the state’s VOCA funds, plans to apportion its VOCA money so it can sustain current programs through 2022, Buckley said.

But in order to do that, the commission won’t accept any applications for new programs this year.

Delaney, an attorney, said there are a few reasons that could account for the VOCA fund’s falling balance.

Federal prosecutors could also be entering more non-prosecution agreements — arrangements similar to plea bargains that allow offenders to dodge charges if they help the government pursue other cases.

Whatever the reason, Delaney and other victim advocates say one thing is certain: Pennsylvania can’t replace VOCA grants with taxpayer money.

But one thing Pennsylvania can do is pressure on its federal lawmakers to make VOCA grants a priority.

Scioscia said Pennsylvania’s Capitol Hill delegation could convince the Justice Department officials to contribute larger deposits the VOCA fund, or work with Congressional appropriators to make sure they don’t draw it down to pay for other programs.

Delaney said his committee has also prepared a letter for Gov. Tom Wolf to send to members of Pennsylvania’s congressional delegation.

“Nobody anticipated this much fluctuation” Scioscia said. “We need to ensure this fund is steady so these services aren’t hit with huge swings.” 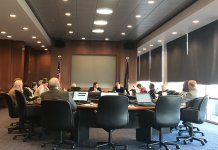