A ruling issued by a state appeals court Thursday will allow gun owners to challenge locally passed firearms laws, regardless of whether they have been prosecuted for violating the ordinances.

In a 7-0 decision, Commonwealth Court ruled that the pro-gun group Firearms Owners Against Crime and three of its members may challenge the constitutionality of four Harrisburg gun laws.

The previous precedent, set a decade ago by the court, found that lawsuits challenging local laws could only be brought by individuals who were about to or had already broken the law.

“It makes little sense to wait for appellants to break the law, which we presume they do not want to do, before they can challenge it,” Judge P. Kevin Brobson wrote in the decision. “It also makes little sense to force law-abiding citizens to rely on law breakers to advocate their interests.”

Firearms Owners Against Crime brought the suit against Harrisburg in 2015, challenging five locally passed laws, some from as early as 1821.

They include an ordinance that requires the reporting of lost and stolen guns, a ban on carrying firearms in city parks, and a prohibition on firing guns within the city limits of Harrisburg outside of a firing range or educational facility.

The plaintiffs said they brought the suit after Mayor Eric Papenfuse publicly pushed for stricter enforcement of the laws.

Under a 1995 state law, municipalities are prevented from passing any law “dealing with the regulation of the transfer, ownership, transportation or possession of firearms.”

The challenge from FOAC and three of its members — including a Harrisburg resident and the group’s president, Kim Stolfer — may proceed against those provisions, as well as a local ban on unaccompanied minors possessing firearms outside the home.

The court, however, found the group lacked standing to challenge a law that allows Harrisburg’s mayor to prevent the sale of guns or ammunition by declaring a state of emergency.

In a blog post on his website, Joshua Prince, the attorney representing FOAC, called the ruling “monumental.”

The case now returns to a Dauphin County court for trial, unless the city appeals the ruling to the state Supreme Court. City officials referred comment to their counsel, Frank Lavery, who was not immediately available for comment.

Over the past few years, Republicans in the General Assembly have tried to expand the standing of gun owners to challenge local gun ordinances.

The GOP-controlled body in 2014 passed a law giving standing to any group or individual to file a legal challenge to local gun laws, regardless of whether they were directly affected by the provision.

The Legislature acted in response to two Commonwealth Court rulings that threw out National Rifle Association challenges to Philadelphia and Pittsburgh laws mandating that gun owners report to police lost and stolen firearms.

The General Assembly-passed law, which also forced municipalities to pay legal fees and attorney costs if they lost the challenges, was struck down two years later by the state Supreme Court on a legislative technicality.

Still, the threat of costly litigation led dozens of municipalities to repeal their gun laws.

Shira Goodman, head of Ceasefire PA, a Philadelphia-based, anti-gun violence group, told the Capital-Star that she was “not happy” with the decision, as it would let gun groups’ attacks on municipal gun laws continue.

She added that the expanded definition of standing “could have all sorts of implications for all areas of the law.”

The Harrisburg suit isn’t the only legal fight over local gun laws snaking its way through the commonwealth’s court system.

Following the 2018 shooting at a Squirrel Hill synagogue that killed 10 people, Pittsburgh City Council passed a clutch of new gun laws, including one that allows judges to temporarily confiscate guns through an extreme risk protection order.

While court-watchers have noted a more leftward swing in the state Supreme Court since 2017, Prince said in an email to the Capital-Star that an earlier case this year makes him confident his clients will prevail if the case reaches the high court.

The case, Commonwealth vs Hicks, found that openly carrying a gun did not constitute reasonable suspicion to seize a person.

In particular, Prince noted a footnote which stated that the General Assembly, not local governments, are the source of gun regulations. This signaled to him that the Supreme Court might not “be judicially active and [is] not inclined to overrule its prior precedent.” 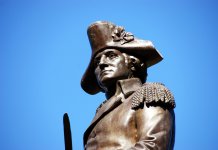 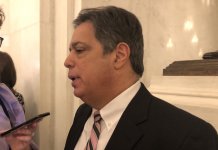