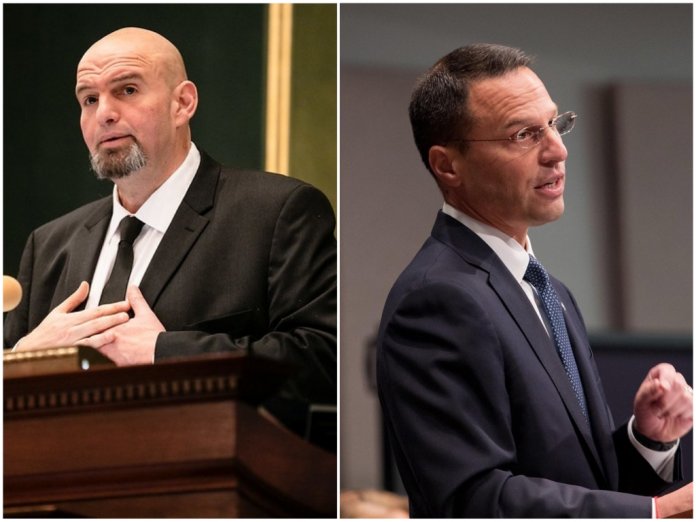 In the 150 years that Pennsylvania’s Board of Pardons has granted mercy to repentant prisoners, perhaps no single person has had a greater impact on it than Reginald McFadden — a convicted felon who was pardoned by the board in 1992, and who committed rape and murder in New York shortly after walking free from prison.

His crimes also sank the gubernatorial campaign of former Democratic Lt. Gov. Mark Singel, who, as chair of the board, voted to grant McFadden clemency.

A quarter-century has since passed. But experts say the McFadden vote still looms over the pardons board, which offers the only chance of freedom to many prisoners serving life sentences.

“Until McFadden, there was hope that the board would give you a fair shake,” Gregory Knight, a Cumberland County attorney who represents prisoners seeking commutations, told the Capital-Star in May. “But the perception after McFadden was that you’re wasting your time.”

Knight said that all five pardons board members have to weigh mercy against public safety concerns when they vote to grant someone clemency.

Those calculations — and the political risks of releasing an offender such as McFadden — are particularly acute for Pennsylvania’s attorney general and lieutenant governor, the two elected officials who serve on the board alongside three appointed experts, Knight told the Capital-Star this week.

The politicians currently on Pennsylvania’s Board of Pardons both say they believe in second chances for convicted criminals. They’ve also been rumored — or outright admitted — to have ambitions for higher offices.

But a Capital-Star analysis of Board of Pardons data show that Lt. Gov. John Fetterman and Attorney General Josh Shapiro, both Democrats, have drastically different records when they’re called to vote on high-stakes commutation cases.

The Board of Pardons voted on 41 commutations in public hearings in 2019 — the highest volume in decades.

The vast majority of people seeking commutations are serving life in prison without the possibility of parole. It can take years to shepherd their cases through the clemency process.

Each applicant must sit for a merit review, where the pardons board decides whether to grant them a public hearing. The board must then vote unanimously to recommend their commutation to Gov. Tom Wolf.

In last year’s public hearings, Fetterman tied with board member Marsha Grayson, an attorney who serves as the board’s victim representative, in casting the most “yes” votes on commutations.

Fetterman and Grayson both voted to commute 30 sentences in 2019, and voted “no” on 11 applicants, according to voting data the Capital-Star obtained via a Right-to-Know request.

Shaprio, meanwhile, cast the fewest votes in favor of commutations.

His record makes him one of only two board members who opposed more commutations than he supported. The other was Harris Gubernick, a former county corrections director.

Grayson, Gubernick and board member John Wiliams did not return calls seeking requests for comment on this story.

But Fetterman and Shapiro say their votes reflect their beliefs that deserving inmates should be granted mercy from harsh sentences.

“My record is clear — I believe in second chances,” Shapiro said in an emailed statement. “That is a proven fact.”

He also said he’s used his seat on the board to vote in favor of more than 400 pardons — clemency for people with old criminal charges who want to get their records expunged.

Shapiro, who is running for reelection this year, did not make himself available for a phone interview to discuss his approach to commutation votes.

But the state’s top prosecutor, who is widely expected to run for governor in 2022, denied that politics influence his role on the board.

“Each decision is based solely on the facts and circumstances of each applicant’s case,” Shapiro said, adding that he reviews hundreds of pages of application materials, including victim impact statements, psychiatric evaluations, Department of Corrections records and court documents, before casting a vote.

Shapiro also touted the fact that he has supported more commutations than all of Pennsylvania’s attorneys general in the last 25 years, combined — a statement that’s supported by Board of Pardons data his office shared with the Capital-Star.

That data also showed that Shapiro has had more opportunities than his recent predecessors to weigh in on commutation cases. The board has drastically accelerated its commutations caseload under Wolf.

“He’s obstructing a vision of justice that a lot of people share,” said Rick Krajewski, an organizer with Reclaim Philadelphia, a group that backs progressive Democratic candidates. “He’s blocking the ability for people to come home.”

Advocates say Shapiro’s priorities became clear in December, when the board voted on 14 commutations in a single day of public hearings.

Shapiro supported commutation for just three prisoners that day — the fewest of any board member.

Robert Saleem Holbrook, an organizer with the Abolitionist Law Project, a statewide legal aid society, said many of the people the board considered on Dec. 20 were exemplary candidates for early release — they had clean misconduct records, vocal support from corrections officials, and, in some cases, terminal illnesses that significantly diminished any danger they could pose to the public.

That these prisoners could be denied mercy by the pardons board, Holbrook said, shows that members aren’t voting on merit alone.

“For us, it was crass political opportunism that we’re seeing,” Holbrook said about the Dec. 20 hearings. “That leaves a terrible taste in peoples’ mouths.”

Nilam Sanghvi, a defense attorney who attended the board’s public hearings for the first time in December, agreed that many of the board’s decisions seemed inexplicable.

One of the prisoners the board considered that day was Sanghvi’s client, Pedro Reynoso, a cancer patient who has served more than two decades in state prison on homicide charges. Eyewitnesses say Reynoso was out of the country when the murder occurred.

Shapiro moved to hold Reynoso’s case indefinitely, saying that the pardons board should not circumvent the courts while Reynoso appeals his verdict.

“I didn’t see logic to a lot of [the votes],” said Sanghvi, legal director of the Pennsylvania Innocence Project, which helps prisoners overturn wrongful convictions. “There were a number of people who had strong support from the Department of Corrections. I couldn’t see a logic to why they were denied.”

Fetterman, who has made clemency his highest priority in the Lieutenant Governor’s office, called the Dec. 20 hearings the most “dismaying” day of his life.

In his first year as pardons board chair, Fetterman has worked to accelerate clemency programs in Pennsylvania. He’s traveled to state prisons to encourage aging prisoners to apply for commutations.

Fetterman told the Capital-Star a year ago that the effort would require “close collaboration” with the Attorney General’s office.

Last week, he declined to say whether the Dec. 20 votes affected his relationship with Shapiro, whose office, like Fetterman’s, is independent from Wolf’s.

The lieutenant governor also declined to comment on whether or not he lobbies his fellow board members to secure unanimous votes for commutations.

Fetterman told the Capital-Star that the pardons board shouldn’t rubber stamp commutations just to get people out of prison. Applicants who fail to show contrition, who are predatory or who have long misconduct records, aren’t good candidates for release, he said.

But if there’s a question of whether someone deserves clemency, Fetterman said he tends to support their application and let Wolf have the final say.

“Only [Wolf’s] pen can free an individual, and any one of ours can doom it,” Fetterman said. “I say, err on the side of mercy and let the governor decide.” 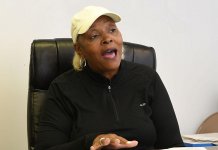 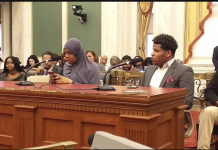 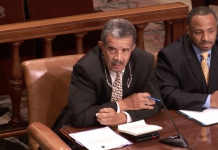 Saddled with vacancies, parole board says it’s struggling to keep up with growing backlog