HAMPDEN TWP., Pa. — Five Pennsylvania parolees accused of committing homicides this summer met all the criteria for release and did not show any indication that they were at risk of committing violent offenses, Pennsylvania Department of Corrections officials announced Wednesday.

An internal review of Pennsylvania’s parole system did reveal, however, that “there were errors” in the oversight of some of the parolees once they left prison, Corrections Secretary John Wetzel said Wednesday.

“These are horrible events, and certainly everyone in every criminal justice agency that touched these individuals and made decisions wish it went differently,” Wetzel said during a news conference at DOC’s headquarters in suburban Harrisburg. “But you can also say that the individual who did the crime made a choice. In most of these cases, I don’t think you can point to one thing to say, ‘if we had done this, it wouldn’t have happened.’”

Wetzel will not call for changes to Pennsylvania’s parole guidelines in the wake of the report. But his department will immediately take action to enhance communication among the various agencies that administer Pennsylvania’s community supervision programs.

Wetzel ordered the review of parole cases in June, after five parolees were implicated in six homicides across the state.

The Corrections Department analyzed the criminal histories, incarceration records, and parole cases for each of the five accused individuals, as well as crime data and parole release cases dating back to 2007.

The agency found that the five parolees — Christian Bey, Keith Burley, David Haas, Calvin Purdie, and James Sterbinsky — all demonstrated “positive development” while in DOC custody, and that all but one had been compliant with their parole conditions prior to the murders.

The review also found that arrests of Pennsylvania state parolees have, on the whole, declined. Per-capita arrest rates for murder and attempted murder, as well as non-violent crime, have fallen from 2007 levels.

“There is no indication of any alarming trends with regard to parole releases or arrests,” Corrections staff wrote in a report published Wednesday.

However, the review of the five parole cases revealed “inconsistent” communication and “discretionary decision making” among the parole officers, prosecutors, and law enforcement officials who supervise parolees and decide how to respond when they’re implicated in new crimes.

Those shortcomings were most evident in the case of James Sterbinsky, who on July 19 was arrested and charged with homicide and attempted homicide in connection with the death of his sister and niece, and the stabbing of his nephew.

At the time, police in East Lampeter, Lancaster County were planning to arrest Sterbinsky pending criminal charges in an incident involving a minor. Sterbinsky had struggled with conditions of his parole beginning in 2018, Wetzel said, and faced one report of drug use as well as a temporary protection from abuse order from his ex-wife.

Wetzel said the case highlighted the need for communication among parole agents, police, and prosecutors.

“One challenge that has been experienced by everyone is that it’s difficult to tell if someone is on state parole or not,” Wetzel said.

As a result, the Corrections Department will update the Inmate Locator database on its website to include the 45,000 parolees currently under state supervision, in addition to all the inmates currently held in state corrections institutions.

The database will be accessible to members of the public and law enforcement, Wetzel said.

Wetzel’s agency also ordered enhanced assessments for parolees suspected of domestic violence, as well as a new protocol for district attorneys who must decide whether to detain parolees facing new criminal charges.

The Corrections secretary also made three recommendations that must be approved by the General Assembly, including the creation of a committee that will review and report annually on all murders committed by individuals on parole.

Wetzel is expected to present the findings of the report to the House and Senate Judiciary committees this fall. 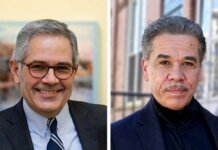 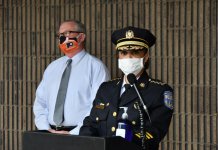