At some point in the last year, a state commission began quietly plugging the names of Pennsylvania’s municipal police officers into a statewide database of mental health records – a process that identified 11 officers whose mental health histories technically barred them from carrying firearms.

The Municipal Police Officers Education and Training Commission, which certifies local police statewide, immediately moved to revoke the licenses of the 11 officers, all of whom had been involuntarily committed for mental health treatment under a controversial Pennsylvania law.

Some of the commitments, which are legal under Section 302 of Pennsylvania’s Mental Health Act, took place when the officers were working in law enforcement, Lt. Andrew Wilk, assistant director of MPOETC, said durning the commission’s quarterly meeting Thursday.

Other commitments dated back to when the officers were teens. In some cases, Wilk said, those officers had no idea they’d ever been treated for mental health crises against their will.

“Many of these individuals didn’t know that they [had been] committed,” Wilk told the commission, which convened Thursday via teleconference. “They were maybe taken to the hospital by a parent when they were young, and they thought it was just to see a psychologist, but it turned out to be a 302 commitment.”

Whether a 302 petition was filed a day ago or a decade ago, its effects are the same: federal regulations say anyone who’s been involuntarily committed can’t own, possess, or carry a firearm.

That means that anyone who’s been the subject of a 302 commitment won’t meet state certification standards to become a police officer in Pennsylvania.

The involuntary commitments started to come to light last year, after MPOETC commissioners voted in 2018 to let agency staff use parts of the Pennsylvania Instant Check System, or PICS database, to conduct background checks on all the licensed law enforcement officials in the state.

Pennsylvania’s PICS database is most commonly used by firearms dealers and county sheriffs to access background checks on people who want to buy guns or obtain firearm permits.

It encompasses a range of criminal and court records, as well as a mental health database that has the name of everyone in Pennsylvania who has been involuntarily committed for mental health treatment or been declared mentally incompetent by a judge.

MPOETC is one of the few state boards that can discipline local law enforcement officials. It can revoke certifications from officers who have been convicted of crimes or deemed to be psychologically impaired, as it did for nine officers Thursday.

Seven of the officers who had licenses revoked Thursday had been convicted of crimes in state or federal court.

Two officers lost their licenses because they had psychological impairments that made them unfit to perform their duties. Clark could not say if those officers were deemed unfit because they had 302 commitments on their records.

The revelation that licensed and aspiring police officers could lose their jobs due to long-ago mental health crises worries advocates and attorneys, who say that Pennsylvania’s 302 law is flawed and even unconstitutional.

The law allows someone in the throes of a mental health crisis to be committed to a hospital for up to five days as they undergo treatment and evaluation.

But critics say it’s too easy to petition a judge for a commitment and nearly impossible for someone in crisis to challenge it.

Since counties have to report each commitment to a statewide database, they can have lifelong effects on someone’s ability to own a firearm or get health insurance, said Mary Catherine Roper, deputy legal director of the ACLU of Pennsylvania.

“It is a terrible thing that a law that is supposed to help people who are in a mental health crisis brands them with a stigma for the rest of their lives,” Roper said. “There is no reason to have a lifetime ban on anything because you had a temporary mental health crisis.”

MPOETC approved a new policy Thursday that will allow officers to have their certifications suspended while they petition a judge to overturn their 302 commitment or restore their rights to possess firearms.

The officers will not be able to work in law enforcement as long as they’re suspended, Wilk told the Commission. But they will be able to return to their jobs if the 302 is overturned.

While MPOETC anticipates some of the officers will be successful in expunging their 302 petitions, those who are not will have their licenses revoked, Wilk said.

Jon Pushinsky, a Pittsburgh attorney and constitutional law professor, said it’s not uncommon for people who have faced 302 petitions as teenagers to only learn of them as adults.

And while Pushinsky has had “a fair degree of success” in getting his clients’ 302 petitions overturned, he said that each request for relief “depends on the facts of the case.”

Roper said that police officers should be subject to psychological screenings. But a single instance of involuntary treatment under the state’s 302 law is a poor way of screening for mental health, she said, since it ignores the fact that “a mental health crisis can be temporary and people get better.” 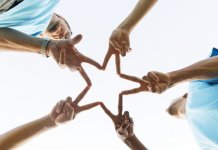 A Pa. board is sidelining officers with mental health histories. But advocates say it’s proof of a problematic law.