PITTSBURGH — Online learning may be the way all Pittsburgh students attend school for at least the first nine weeks of the new school year.

The Pittsburgh school board will vote on Aug. 4 on a resolution presented Wednesday by school director Kevin Carter that calls for the district to delay its plan to offer a hybrid in-class option for instruction for families that wanted their children to return to school buildings.

Carter’s resolution came during a meeting during which the board heard the details of the administration’s safety plan for bringing students back to school.

The plan included many of the same measures already publicly discussed — masking, social distancing, plexiglass shields and one student per bus seat. Students would attend in two separate groups on alternate days to keep classes small.

District officials — along with a group of more than 300 community volunteers and experts — have been working on two options for the fall, allowing parents to choose whether they wanted the hybrid option or enrolling in an online program taught by district teachers.

District spokeswoman Ebony Pugh said Wednesday that more than 4,000 families so far had indicated they wanted online learning for their children.

Hamlet warned last week the district, which enrolls about 23,000 students,  needed to prepare for a third option — offering a fully online curriculum — given the rising number of COVID-19 cases in the county.

At Wednesday’s meeting, Hamlet appeared to support Carter’s resolution, once again referencing the rise in COVID-19 cases and noting that the county and state health departments had put restrictions on indoor dining at restaurants and questioned why those same restrictions would not apply to students.

Board members Terry Kennedy, Pam Harbin, William Gallagher said they were also in favor of starting the school year online.

Harbin, however, stressed that the online system should have a focus on equity throughout the district and said the district should reach out to every family to find out what their needs are, in particular students with disabilities and those in vulnerable situations. She said the delay would also give the district time to figure out its transportation routes which will have to be reconfigured due to social distancing requirements

School director Devon Taliaferro, did not say how she would vote on the resolution, but also expressed concern for vulnerable populations in the district.

“I want to make sure concerns are heard especially in the areas we were not able to do well with (in the spring) — kids in special education and with needs that can’t be met during remote learning. I want those concerns to be heard and addressed,” Taliaferro said.

Carter said his resolution directs the superintendent to address those issues.

Kennedy said the extra nine weeks will give the district the chance to work out details for returning students and staff to the buildings.

“A delay of nine weeks gives us a lot more time to work out the details,” Kennedy said.

School Director Veronica Edwards said she was concerned that not all students would have the technology by the time school starts. She said she has spoken with families this summer who still do not have district-issued computer devices thought Hamlet had promised that the district would have a 1:1 technology program by fall.  She said all students should be guaranteed a computer before the district moves to online learning.

Pugh said not all of the computers ordered by the district have been delivered. But she said the district has enough devices to distribute to those who need them while other students would continue to work on devices provided by their families.

The board was poised to vote on its safety plan at the Aug. 4 special legislative session, following a July 29 public hearing on the plan.

That plan is a requirement of the state Department of Education before a district can return students to school buildings.

Earlier in the meeting, before Carter presented his resolution in the new business portion, the board approved the purchase of 200 sheets of polycarbonate to be used as protective shields and 6,000 sneeze guards to be used throughout the district along with 240,000 face masks for staff. 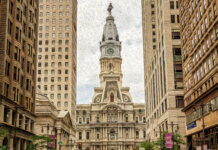