City officials are encouraging voters to vote by mail in the upcoming primary election as uncertainty remains over how the coronavirus pandemic will affect polling places.

“Right now, it’s a matter of public health. We don’t know if the state order is going to be lifted or extended,” said City Commissioner Chairwoman Lisa Deeley. “We had places we typically use for polling places that are closed now due to the pandemic. When we look at election day, we anticipate it is going to look far different than what we are used to in Philadelphia. Our main concern is the safety of our poll workers and our voters. We are asking everyone in Philadelphia to take advantage and vote from home.”

Applications for mail-in ballots are available online and at the City Commissioners’ Office.

“Now … you need no excuse,” said Deeley. “If you cannot apply online because you don’t have a Pennsylvania ID or driver’s license number, call [us]. If you are unable to apply online, you can ask for an application to be mailed to you.”

As officials push for people to vote by mail, some worry that the message isn’t reaching enough people — specifically Black and Brown people.

And activists are concerned the commissioners’ office might not be able to handle hundreds of thousands of mail-in ballots.

“If we are moving everyone to do mail-in ballots, we want to make sure the folks serving at the commissioners’ office aren’t overwhelmed and have the resources to do their job properly,” said Kendra Cochran, director of civic engagement for POWER (Philadelphians Organized to Witness Empower and Rebuild). “These mail-in-ballots will have to be processed. The commissioners’ office was already overwhelmed with Act 77 before coronavirus. They were already projecting across the state for commissioners’ offices to be overwhelmed. What accountability measures is the city putting in place for people to see transparency?”

Cochran added that voting by mail “would be extremely dangerous” without solid accountability measures.

“It leaves open for voter fraud similar to what happened in Wisconsin. It would be sad to see that same thing happen in Philadelphia,” she said. “People need more education around the mail-in ballot rules and an action plan in case they don’t receive their ballots. We need more clarity around the process and what it means once a person requests a mail-in ballot, whether it’s just for the primary or if they decide to use this method long term.”

As of November, there were more than 1 million registered voters in the city. More than 25,000 mail-in ballot applications (only about 3% of voters) had been approved by April 16 and another “13,000 to 14,000” applications are pending, said Commissioner Omar Sabir.

“We just analyzed the data and we are starting to see it’s a big divide. We saw a low [number] of applicants from Black wards and a significant amount from white wards,” Sabir said. “We definitely have to do strong community outreach for Black and Latino communities to increase that number.”

Sabir said the disparities are due in part to the lack of funding from the state to inform people about the vote-by-mail effort, which was initiated last fall when Gov. Tom Wolf signed Act 77, allowing a new option of voting by mail up to 50 days before an election.

“Normally, when we see typical changes, there are finances allocated but there was none for outreach,” Sabir said. “There was none that came from the state. If the state was to give more resources, that would be great, but it’s Republican controlled. It would be nice if we had more federal resources to help or private organizations.”

Sabir said the commissioners are talking with media outlets that speak to African-American and Latino communities to see they can develop a task force to get the word out.

Cochran said the commissioners also should talk with community activists.

POWER, for example, has digital training sessions on outreach, interpretation of proposed legislation and giving out information, she said.

“With everything being disjointed, we have to create more leaders and give them the tools to impact their communities. Specifically, information like this is the last to reach African-American communities and there are always a lot of myths to dispel,” she said. “This highlights the need for a reliable source of information … and creating leaders and trusted voices in the community.”

Samaria Bailey is a reporter for the Philadelphia Tribune, where this story first appeared. 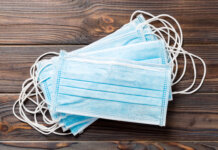 Philly officials push for mail-in voting, concerned about getting the word out