Pennsylvania’s highest court has thrown out a challenge, filed by a mixed group of business owners and a state House hopeful, that sought to overturn Gov. Tom Wolf’s business shutdown order, finding that the Democratic administration did not overstep its constitutional authority when it shuttered thousands of non-“life-sustaining” businesses statewide last month.

The decision, issued late Monday afternoon, came as the Republican-controlled House geared up for likely votes on Tuesday on bills to force the reopening of Pennsylvania businesses that have been closed because of the pandemic. GOP lawmakers have argued that Wolf has overstepped his executive authority.

In a 51-page opinion, Justice Chrstine Donohue writes that Wolf’s executive order authorizing the shutdown “results in only a temporary loss of the use of the Petitioners’ business premises, and the Governor’s reason for imposing said restrictions on the use of their property, namely to protect the lives and health of millions of Pennsylvania citizens, undoubtedly constitutes a classic example of the use of the police power to ‘protect the lives, health, morals, comfort, and general welfare of the people.'”

Wolf and state Health Secretary Dr. Rachel Levine are named as the defendants in the filing.

The plaintiffs filed suit on March 24, asking the high court to use its emergency powers to immediately hear their case, claiming, among other things, that Wolf’s executive order violated their due process, equal protection and free speech rights.

The free speech specifically pertained to DeVito who charged his speech was being suppressed because his campaign office was deemed non-essential, while Kulik’s was allowed to remain open. Wolf’s order, the majority wrote “does not place a restriction on supporters of DeVito Committee to assemble with each other and speak to each other, it only forecloses doing so in the physical campaign office.”

DeVito made also made an equal protection claim, arguing that if his office was to be shuttered, then Kulik’s should be as well. The court disagreed, saying that when elected officials such as Kulik “use their district offices, they do so as government officials, not as candidates. Indeed, it is a crime for public officials to use public resources – including taxpayer funded offices, staff, or equipment—to run for reelection.”

The high court similarly rejected a due process argument, finding that the administration’s waiver process provided an avenue to appeal the misclassification of businesses that were impacted by the order. 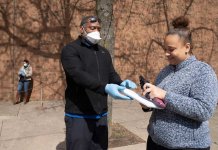 In class or online: Pittsburgh parents can choose how their kids go back to school 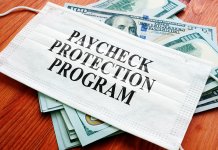 In class or online: Pittsburgh parents can choose how their kids...

With next president, Temple needs to demonstrate commitment to diversity, students...