State officials said Thursday that COVID-19 testing has reached an all-time high in the Keystone State thanks to partnerships with commercial healthcare companies, but warned that Pennsylvanians are still waiting up to two weeks to receive test results as the pandemic rages nationwide.

Though Pennsylvania has tried to source its own testing materials and ramped up capacity in public labs, its testing program remains at the mercy of national testing chains that are swamped with specimens from southern states.

“Anyone who needs a test can get a test now,” Levine said during the briefing held at the Pennsylvania Emergency Management Agency’s headquarters in suburban Harrisburg.

But “14 days is clearly too long to wait for results. We will be continuing to do whatever we can to [decrease that wait time],” Levine said.

Levine said that Pennsylvania officials have been in regular contact with representatives from Quest and Labcorp, two national testing chains that process millions of COVID-19 tests each day.

It’s unclear what those discussions have yielded. Pennsylvania has entered a partnership with Quest and Walmart to establish testing sites in rural parts of the state, but a Walmart representative who appeared alongside Wolf and Levine Thursday confirmed that tests may take two weeks to process.

He has previously said that Pennsylvania needs to “control its own destiny” and build its own testing infrastructure, but has so far been mum on his administration’s partnership with a Pennsylvania company that is developing rapid-turnaround tests.

Seven of Wolf’s fellow governors took matters into their own hands this week and entered a multi-state compact to purchase equipment and pressure companies to develop rapid testing technology, according to the Washington Post.

Wolf spokeswoman Lyndsay Kensinger said Thursday that Pennsylvania was not invited to join the initiative. She added that rapid tests have so far proven unreliable.

“We want everyone who believes they have COVID-19 to get tested,” Kensinger said. “Testing is widely available, and we are working nationally to ensure those tested get results as quickly as possible.”

Those results put Pennsylvania among the top ten states in the nation for the number of tests conducted, but data from Johns Hopkins University ranked the commonwealth 48th nationally when counting tests relative to the state’s population.

Need to get tested for COVID-19 in Pennsylvania? Use this map from the Department of Health to find a COVID-19 testing site near you. Click here to see if a Rite-Aid nearby is offering tests, and here to sign up for a test through the Quest/Walmart partnership. 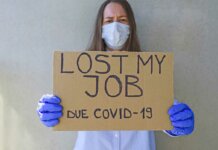 It’s easier than ever to get a COVID-19 test in Pennsylvania, but national backlogs are still delaying results