PHILADELPHIA — Local health workers who work in the city’s jails say they are not currently receiving the same overtime pay as other city employees who have been deemed “essential.”

The approximately 500 members of District 1199C NUHHCE, many of whom are people of color, are being told they must go to work in the city jails every day and they are continuing to do so, according to union executive vice president Chris Woods.

However, because the union members are contracted employees, they have not seen the bump to one-and-a-half times their salary that city officials promised “essential” employees last week.

“The money has been earmarked for city employees only,” Woods said. “Because they don’t technically work for the city of Philadelphia, they are not eligible for the time-and-a-half pay.”

The union has contacted the Kenney administration, and the two parties have discussed the issue.

“We take those concerns seriously,” said Kenney administration spokesman Mike Dunn, adding that “the mayor’s office of labor is currently looking into it.” 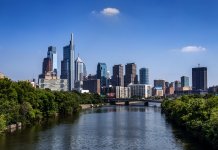