ATLANTA — Shortly after the Georgia General Assembly suspended its legislative session because of COVID-19, state lawmakers convened for a rare one-day special session. By the time they gathered March 16, the disease had spread throughout the state. There were 121 cases confirmed, the eighth-most in the country.

The Legislature had a historic purpose. With bipartisan support, lawmakers voted to give first-term Republican Gov. Brian Kemp greater power than any other chief executive in the state’s history. They gave Kemp the authority to suspend laws, take operational control of civil forces and order evacuations.

In the following days, Kemp closed schools and limited the size of public gatherings. He also secured medical supplies for hospitals, turned a state park into a quarantine site and opened COVID-19 testing sites.

But in a business-friendly state where many residents are wary of activist government, Kemp was circumspect with his new authority compared to his counterparts in other states.

He urged people to pick up food at local eateries instead of shuttering restaurants and used his bully pulpit to preach social distancing instead of ordering all Georgians to shelter in place. He suspended a few minor regulations — but took no drastic action.

“If you overreach, people are going to rebel on you, basically, and not heed the warnings you’re giving to them,” Kemp told a local radio station two days after the state legislature approved the special powers. “And if you don’t do too much, it creates big problems.” (Kemp’s office did not respond to an interview request from Stateline.)

That day, 197 cases were confirmed in Georgia, plus four deaths.

Kemp’s reluctance to use the powers granted to him, and the resulting confusion and rebellion among the state’s local officials, illustrates the shortcomings of the country’s federalist approach to the outbreak. In the absence of clear direction from the federal government, each state, county, city and town has been left to go its own way.

The disparities are likely to grow if President Donald Trump follows through on his pronouncement that he wants the country “opened up and just raring to go by Easter,” despite expert health warnings that it would be dangerous and premature to do so.

Governors in at least 20 states — from Democrats like California’s Gavin Newsom and Louisiana’s John Bel Edwards, to Republicans like West Virginia’s Jim Justice and Indiana’s Eric Holcomb — have ordered residents statewide to stay at home.

In Pennsylvania, Democratic Gov. Tom Wolf has ordered residents in 22 of the state’s 67 counties to stay at home. Through Sunday, the state had 3,394 cases in 58 counties, with 38 fatalities to date. Rather than order a full lock-down across the state, Wolf has said he’s taking a measured approach to try to address hot spots as they present themselves and contain the spread of the illness.

Others have proceeded more warily. In Florida, Republican Gov. Ron DeSantis delayed closing beaches and bars until interviews with oblivious spring breakers spread across the internet.

Republican Oklahoma Gov. Kevin Stitt — who drew national criticism for saying that he would “continue to take his family out to dinner” during the pandemic — waited until Tuesday to close businesses, and then only in some counties.

Kemp, for this part, works just 7 miles away from the headquarters of the Centers for Disease Control and Prevention, where earlier in the month he stood next to Trump as the president erroneously stated that anyone who wanted a test could have one.

But Kemp has refrained from aggressive social isolation policies, allowing mayors and county officials to create a patchwork of policies across Georgia.

That approach has sparked criticism from public health experts and political opponents. As Georgia struggles with one of the highest COVID-19 death rates among states, the editorial board of the Atlanta Journal-Constitution, the state’s largest daily newspaper, has pleaded for Georgia’s governor to take more dramatic action.

“A governor’s decisions have consequences,” the editorial read. “On Monday, Kemp said: ‘Look out for your fellow Georgians and pray for their continued safety.’ He can do more than that.”

The week before the Georgia legislature granted Kemp new powers, the governor’s administration told Georgians there was a “low” risk from the pandemic. At that point, Kemp had done little more than form a statewide task force and ask people to wash their hands.

That day, March 9, five cases were confirmed in the state, plus six presumed positive.

But as the severity of COVID-19 grew more apparent, and the state witnessed its first death March 12, Kemp declared the state’s first-ever public health emergency — setting the stage for the Georgia legislature’s historic granting of powers.

Kemp requested $100 million for the COVID-19 response and activated 2,000 National Guard troops, many to assist with the transfer of those leaving the Grand Princess cruise ship.

Kemp on March 16 ordered nearly 1.8 million students from kindergarten to high school to no longer attend in-person classes. (Some rural schools stayed open.) That day, the University System of Georgia shifted to online courses at its 26 colleges and universities.

But even as Kemp urged in-person restrictions on long-term care facilities and prisons, he did not force that guidance upon cities and counties. Instead, he filmed a video at The Varsity — an iconic Atlanta fast food chain — urging people to support local businesses.

Although some allies praised Kemp for his restrained approach, others worried that he was favoring the economy over public health.

“States like California are employee-friendly … so enacting forced business shutdown is much less of a stretch,” Darby Cox, a Savannah entrepreneur and criminal justice advocate, told Stateline. “Because of Georgia’s employer-friendly policies, it’s not surprising Georgia has not imposed harsh quarantine restrictions or business shutdowns. It’s for that reason Georgia will suffer tremendously with COVID-19.”

As the state’s COVID-19 cases spiked from 121 on March 16 to 485 on March 20, many Georgians from the most-affected counties hoped Kemp would issue a statewide shelter-in-place order. Kemp mulled the decision, but initially focused on other health care needs.

In the days after the state legislature’s historic vote, he worked to secure from the federal government and volunteers over 1 million masks and 46,000 gowns for medical providers, and in some cases relied on seamstresses to make new ones.

Some health care workers told Stateline that they fear Kemp’s actions are not enough to protect frontline health workers.

“For the first time in my career, I’m scared to go to work,” said one nurse, who works at a large Georgia hospital, but asked Stateline not to share their personal information for fear of retribution. “We are being forced to reuse N95 masks and we don’t have enough [personal protective equipment]. We are fighting a war without weapons and I’ve never felt more abandoned by our government.”

As of Thursday, only 8,926 Georgians had received tests, which was less than half of the tests that New York can now administer in a single day.

“Not every individual who wants to be tested can be tested because of limited capacity,” Dr. Kathleen Toomey, commissioner of the Georgia Department of Public Health, told reporters.

Dr. Melanie Thompson, the founder of the AIDS Research Consortium of Atlanta, said the Kemp administration won’t know how it is faring in the fight against COVID-19 without more tests.

Moreover, the heads of multiple independent labs say they reached out to the state to help but their calls were not returned.

“We don’t know who’s infected and who’s not — in our hospitals, we have many people waiting for test results not for hours, but for days,” said Dr. Carlos Del Rio, an epidemiology professor and chairman of the global health department at Emory University. “We have to scale up testing big time.”

On March 23, seven days after Kemp was granted his new powers, he announced a late-afternoon news conference. By then over a third of Americans had received shelter-in-place orders. Georgians were bracing for an order to stay at home for the foreseeable future.

Georgia cities from Albany — home to one of the state’s largest clusters of COVID-19, to Athens — Kemp’s hometown — already had ordered their constituents to shelter in place.

But most of Georgia’s 159 counties, particularly ones in rural areas, had not yet followed suit. The checkered approach constrained the most aggressive city and county policies, said Russell Edwards, mayor pro tempore of the Athens-Clarke County government.

“Our authority ends at the county line, but the pandemic doesn’t respect county lines,” Edwards said. “Those incremental strategies trickle throughout the entire bureaucracy. It hinders the impact of local action.”

Early Monday, Atlanta Mayor Keisha Lance Bottoms told city councilmembers that she was ready to issue a shelter-in-place order for the state’s largest city. But Kemp asked her to wait until his news conference — an indication, to many, that more sweeping statewide action was forthcoming.

However, Kemp, speaking remotely, ordered only “medically fragile” people to shelter in place. He restricted public gatherings to 10 people. And while he closed bars and nightclubs, he allowed restaurants to stay open if they served take out or delivery.

Kemp told reporters these were “several targeted measures,” and later explained that he was not ruling out broader action.So Bottoms, along with other local leaders, moved forward with shelter-in-place orders.

Others followed the governor’s lead, leaving different Georgians with conflicting information about the overall response.Georgia state Sen. Jen Jordan, a Democrat representing a portion of Atlanta’s northwestern suburbs, is puzzled at why there’s still no statewide lockdown.

In a couple of weeks, Jordan will have to vote once again to extend Kemp’s authority. She still wonders why Kemp hasn’t used those powers fully yet, and if he will before it’s too late.

“We gave the governor special powers to take a statewide approach,” Jordan said. “We had a real opportunity to stop the exponential growth. That inconsistency is really bad. Our local officials are flying blind.”

As of Thursday afternoon, Georgia had 1,525 known cases. Nearly a third were hospitalized. Forty-eight residents — from a hospital worker to a court clerk — have died.

“I wish we could open today,” Kemp told the CBS Atlanta affiliate on March 25. “But whether it’s Easter or whether it’s a week after that, we got to get this economy back roaring like it was before this happened and I believe it’s going to happen.”

Dr. Heval Kelli, a Kurdish refugee and cardiology fellow in Atlanta, who was exposed to COVID-19 and is awaiting test results, thinks Kemp needs to take immediate action. If not, Kelli fears that Georgia’s rising caseload will spike beyond control.

“The world is watching our mistakes and learning from it,” Kelli said. “We need to shut down the state. We are about to be New York in a few weeks if we don’t take it seriously. Look at the numbers, they don’t lie.”

Max Blau is a reporter for Stateline, a project of the Pew Center on the States, where this story first appeared. 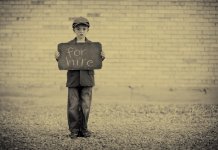 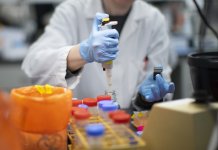