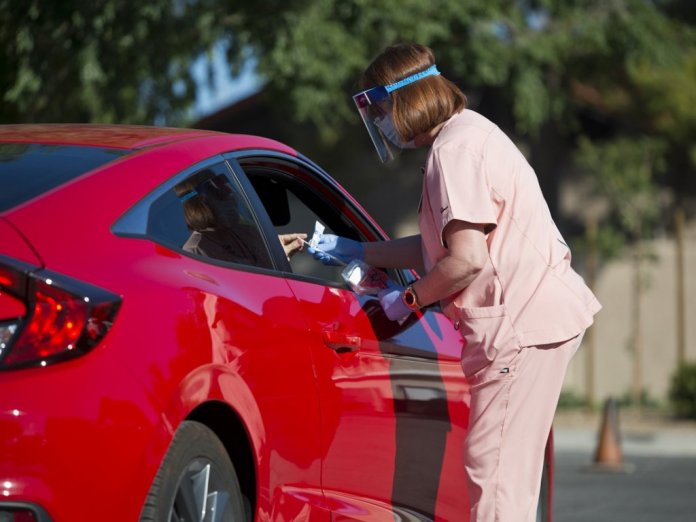 WASHINGTON — A central figure in the federal government’s coronavirus vaccine effort is a Pennsylvanian who, two years ago, was battling in the bruising 2018 Republican primary for governor.

Paul Mango has been working in the federal government on health policy since his loss in that primary election. But his background in health care consulting and the military have positioned him for a critical role in Operation Warp Speed, the Trump administration’s sprawling initiative to develop, produce and distribute a coronavirus vaccine.

Mango also has been mentioned as a potential candidate for 2022, when Pennsylvania will have two wide-open races for governor and U.S. Senate. The success or struggles of the national vaccine initiative would loom large should Mango decide to run again.

More than 8.5 million cases of the virus have been reported in the U.S., and more than 223,000 deaths, and the Trump administration has come under intense criticism for its overall response.

The former health care consultant and ex-Army Ranger has been a frequent spokesman for Operation Warp Speed in interviews and regular briefing calls. He has provided logistical updates on the vaccines and therapeutic medications sprinting through the federal approval process and announced partnerships with CVS and Walgreens to administer those vaccines in nursing homes.

During a recent conference call with reporters, Mango said the U.S. is on track to have up to 700 million doses available across several vaccines by March or April. And on Friday, he teased an upcoming announcement, saying officials believe they’ve resolved issues related to the vaccine’s cost: “We believe we will achieve the president’s aspiration of everyone getting these vaccines for free.”

U.S. Health and Human Services officials declined to make Mango available for a one-on-one interview. An agency spokeswoman said that in his position as deputy chief of staff for policy, Mango has been HHS Secretary Alex Azar’s “principal representative” on Operation Warp Speed, which was announced in May.

The $10 billion project has sought to help ramp up development, manufacturing and distribution of a vaccine and other treatments, pumping money into numerous pharmaceutical companies racing to develop those treatments.

President Donald Trump touted the initiative in Thursday’s final campaign debate, forecasting a vaccine will be announced “within weeks,” and highlighting the military’s role in the distribution effort. Democratic nominee Joe Biden criticized Trump for having “no clear plan,” adding that a vaccine is unlikely to be available to most Americans “before the middle of next year.”

When Operation Warp Speed began this spring, Mango had been in his position at HHS for about a year. Before that, he had spent a year at the federal Centers for Medicare and Medicaid Services, serving as chief of staff to CMS chief Seema Verma.

Mango’s stint at CMS began shortly after the 2018 gubernatorial primary, a brutal race in which he spent nearly $7 million of his own money.

The primary involved a flurry of negative ads between Mango and York County state Sen. Scott Wagner, who ultimately won the GOP primary. Mango’s campaign ads accused Wagner of being a deadbeat dad and a slumlord, while Wagner’s campaign called Mango an advocate of Obamacare who outsourced jobs. (Both campaigns accused the other of distorting facts.)

That background aligns well with Operation Warp Speed, a massive health care initiative involving a significant number of military personnel. A STAT article last month revealing an organizational chart showed many of those in leadership are from the Department of Defense.

“There are quite honestly certain logistical elements of this that the CDC has never, ever been asked to do, and why not bring the best logisticians in the world into the equation?” Mango told the news outlet, referring to the Atlanta-based Centers for Disease Control and Prevention.

Mango was not listed on that organizational chart, but told STAT that he and Bob Kadlec, the HHS Assistant Secretary for Preparedness and Response, personally sign off on every business agreement made by HHS for Operation Warp Speed. Asked about his role in those decisions, an HHS spokeswoman responded that investment decisions are approved by Operation Warp Speed’s Board of Directors, which includes the HHS and Defense secretaries and White House COVID-19 Task Force personnel.

John Brabender, a political adviser on Mango’s gubernatorial bid, described Mango as a level-headed, analytical person, emphasizing his military training as a strength in his latest position. As for speculation that Mango could consider another bid for public office, Brabender said they haven’t had any specific talks about 2022.

“I’m sure he’s extremely focused on what he’s doing on Operation Warp Speed, and is not saying, ‘What is my next political move?’” Brabender said.

The answer to that question could depend on the outcome of the vaccine push. Mango’s role with Operation Warp Speed is one that would be “defining” should he decide to run again, said Chris Borick, a political scientist and pollster at Muhlenberg College.

Whether that effort is successful or not is something that he would carry through future races, Borick said. And Mango’s role itself may be tied into the outcome of the presidential race, and how much of the groundwork put in place by the Trump administration is continued after Inauguration Day.

We say America is a ‘Christian nation.’ Here’s what that would look like if we really meant it | Opinion