On the same day that he put the state’s 12.8 million residents under a month-long stay-at-home order, Gov. Tom Wolf issued his starkest guidance yet on how Pennsylvanians could slow the spread of COVID-19, the disease caused by the coronavirus.

“Assume everyone has the virus, including yourself,” Wolf told the public during a daily briefing Wednesday. “Avoid leaving your house like somebody’s life depends on it, because ultimately, somebody’s life does depend on it.”

In the weeks leading up to Wolf’s order, COVID-19 testing data in Pennsylvania remained limited. Less than 1 percent of the state’s population have reported test results to the state Department of Health since March 6, when the state confirmed the its first two cases of COVID-19.

The overall rate of COVID-19 testing had also progressed more slowly in the Commonwealth than other northeastern states, and for many weeks lagged behind the national average, according to data from the COVID Tracking Project, a website that aggregates testing data from state public health departments.

However, medical practitioners and infectious disease experts agree that broader testing efforts over the last month would likely not have helped Pennsylvania avert its strict social distancing orders, which have ushered in a wave of business closures and unemployment claims.

And now that the virus is circulating in all parts of the state, testing won’t be a critical factor in how quickly COVID-19 spreads, and whether or not the state’s healthcare system buckles under its weight, they said.

“At this point, [testing] doesn’t matter,” Dr. Tracey Conti, president of the Pennsylvania Academy of Family Physicians, told the Capital-Star. “The virus is here, and the only way to prevent the virus at this point is by social distancing.”

The short supply of COVID-19 tests has been a source of frustration and anxiety nationwide, as medical providers have been forced to ration testing supplies and protective gear for personnel.

State Health Secretary Dr. Rachel Levine has insisted that testing capacity in Pennsylvania is sufficient to meet demand based on federal guidelines, which call for patients with moderate to severe symptoms to receive priority.

Levine has also said that broader testing efforts could overwhelm Pennsylvania’s healthcare infrastructure, which is bracing to treat a rush of patients with severe COVID-19 symptoms.

Even as they follow federal guidelines to administer tests, some officials say that wider testing would help them better prepare to thwart the spread of the disease.

“Ideally, I wish we had kits to test everyone, staff and inmates,” Corrections Secretary John Wetzel, who is leading the COVID-19 response in Pennsylvania’s state prisons, told reporters Wednesday. “We could really come up with a good game plan to mitigate it.”

But according to Conti, a positive test for COVID-19 won’t affect the guidance all healthcare practitioners should offer to their patients: to isolate themselves if they think they have COVID-19, and to avoid seeking medical care unless they have trouble breathing.

Since there’s no known cure for the disease, a positive COVID-19 test won’t affect a patient’s treatment options, Conti said.

Patients who have severe respiratory symptoms can receive treatment in hospitals. Everyone else has to ride out their symptoms at home, Conti said, where they can avoid burdening the healthcare system or spreading the virus through their communities.

“Act like you have it and stay inside,” Conti said, echoing the guidelines Wolf issued this week. “As long as you’re at home and you’re not spreading the virus, it doesn’t matter if you’re positive or not.”

Cindy Prins, a professor of Epidemiology at the University of Florida, said broader testing in the early stages of the pandemic may have helped public health officials buy some time containing the virus, which first emerged in the United States in January.

Ideally, American health officials would be able to test all symptomatic patients and everyone who came in close contact with them, Prins said. That would allow them to proactively isolate asymptomatic patients, who may make up as many as one-quarter of all COVID-19 cases.

But given a nationwide shortage of testing kits, and “the limitations of our public health infrastructure and workforce, I just don’t think states are going to be able to achieve a lot more testing than they’re [already] doing,” Prins said.

Even in places such as New York, aggressive testing in the early days of the COVID-19 outbreak didn’t avert statewide stay-at-home orders, Prins said.

Prins also agreed that gathering more testing data now won’t make it any less important for people to follow those orders, which are now in place in more than 30 states across the country.

But it will be crucially important for testing to ramp up as states begin to slow the spread of the disease, she said.

As the number of new COVID-19 cases begins to fall, officials may be tempted to lift stay-at-home orders and reopen businesses and businesses and return to a semblance of normal life.

At that point, however, “you’re still going to have people who don’t have immunity to the virus, and you’ll still have the ability for the virus to spread again in the population,” Prins said. “That’s [when] testing will be critical, in trying to control those last cases.

Wolf and Levine have been hesitant to say when COVID-19 cases could peak and then decline in Pennsylvania.

As they fortify Pennsylvania’s hospitals for an inevitable surge of patients, Prins said state health officials should also work to make their testing and contact tracing as efficient as possible, in order to prepare for the wind-down of the pandemic.

In the meantime, Prins said Pennsylvanians ought to follow the guidance that Wolf and other state health officials have begun to issue in recent days: assume you’re positive for the disease, and keep to your home as much as possible.

“That attitude can really help people change their mindset about what they’re doing,” Prins said. “If I were positive, would I be going to the store, or somewhere else I probably don’t have to go? I think that’s really an excellent message to give people.” 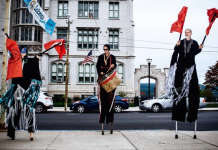 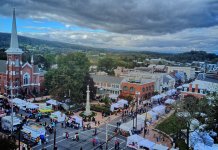 Pandemic mandates squeezed Pa. festivals, local communities, and non-profits. How you can help

For weeks, Pennsylvania’s COVID-19 testing rate was below the national average. Does it matter?