PITTSBURGH —  It was before the coronavirus-related shutdowns were official that Pittsburgh artist huny  realized the abrupt cancellations of hundreds of concerts, art exhibits and other entertainment would have a devastating impact on local artists who rely on events to pay their bills.

huny, a photographer, graphic artist, developer and DJ who only goes by one name, says she lost five gigs in two days’ time. “It hit me very quickly that I was going to have no income,” she said. “A lot of us were very quickly descending into desperation and worry.”

So she and fellow artists Julie Mallis, Joshua Nico Orange, Aaron Clark, Clark Price and Alex Neal started conversing on Slack, an online chat tool, about what they could do immediately to help people in the Pittsburgh arts and events communities. “The vast majority of people we were thinking about were black people, queer people, people of color,” huny said. “We knew it would have to be a grassroots effort.”

They started the Pittsburgh Artists Emergency Fund on March 14. In one day, it raised $5,000.

“I didn’t think it would raise that much in a day, but I knew it would pick up steam, because it was very resonant,” huny says of the campaign. “Even if you’re not a performer or a gig worker, people love our nightlife industry.”

The maximum amount available to applicants is $250, but huny says she’s been touched by how many people who applied were thinking of other applicants. “Some people would tell us, ‘oh I just need $80 for my prescription’ or ‘I just need $120 for my car payment,’” she said. “A lot of people said ‘please do not prioritize me.’ It was incredible, even in desperate need, people were recognizing their privilege and asking for others to get paid first.”

As the pool of money grew bigger, the group ran into problems distributing the funds;  GoFundMe wasn’t letting them make the withdrawals in a timely way. They turned to the Greater Pittsburgh Arts Council, which agreed to partner with them to help administer the payments to artists. The GoFundMe will remain open to donations indefinitely, huny added.

The fund has processed payments for 115 people, and has about 200 additional applications under review. More than 400 people have donated so far.

But huny and the other organizers won’t be paid for their work raising the funds, or receive any of the donations personally.

“No, we said from day one we would not be paid from this fund ourselves,” she said, adding that she probably should be more concerned about her own lack of income, but she’s not, at least, not yet. “I truly believe– and I know this sounds a little corny– but I believe if you do good work and you put good energy into the world, and you have a pure heart, good things will come back to you.”

For her part, huny is continuing to seek out clients via her website supremeclientele.co, and has remote DJ gigs lined up –including one last Friday live from her kitchen— to keep the artistic juices flowing even while practicing social distancing.

huny says while the coronavirus outbreak isn’t something anyone could have planned for at the local arts level, she hopes it will highlight how difficult the gig economy is for artists and other freelancers, and, that any stimulus package to help pay workers won’t leave them out.

“A lot of people don’t have a W-2 every January, they don’t have a 9 to 5,” she said. “What happens to bartenders who make below minimum wage aren’t getting any tips? It throws them into financial crisis. This is a real structural problem.”

Here’s where to donate to the Pittsburgh Artist Emergency Fund. 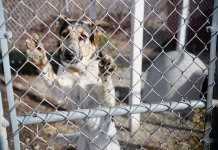