Pennsylvania has always been an energy leader.

The United States’ oil and gas sector can trace its roots back to the commonwealth, and coal has played a significant part in Pennsylvania’s industrial history. With the rise of fracked gas production over the past 12 years, our state’s capacity for fossil fuel extraction has taken a new direction.

Today, Pennsylvania is the second-largest gas producer in the country. While we remain the third-largest coal producer, the low cost of fracked gas and huge glut of supply is rapidly driving coal out of the marketplace.

In terms of low-carbon generation, Pennsylvania has the second-largest nuclear capacity in the country, as 40% of the commonwealth’s electricity is generated by nuclear facilities. However, the state’s aging nuclear fleet is also facing economic headwinds from the abundance of fracked gas.

Today, we face an urgent need to move away from fossil fuels in Pennsylvania and around the world. We’re past the point of warning signs and dire projections.

Scientists and public officials worldwide are calling for drastic action to reduce our greenhouse gas emissions in the coming decades, with meaningful action needed immediately in this decade to afford us more time.

According to our own state auditor general, the economic and environmental impacts of climate change are already being felt in Pennsylvania through extreme flooding events and infrastructure damage, incurring significant economic costs.

Our current path is unsustainable.

A continued reliance on fracked gas or coal is not a viable route to maintaining Pennsylvania’s role as an energy leader in the future. Fortunately, we have the tools available to ensure a just, equitable transition to a post-fossil fuel energy sector in Pennsylvania. No matter what industry lobbyists would have you believe, there is tremendous opportunity in this new reality.

Pennsylvania’s century of energy industry leadership hasn’t happened by accident. It was built by unprecedented innovation, strong public support and determined hard work. We must channel those same principles into fostering a modern green energy sector.

Fortunately, we have a solid blueprint for where to start.

Last October, Gov.Tom Wolf announced that the state would set up a Pennsylvania program to reduce carbon pollution from power plants and link to the existing Regional Greenhouse Gas Initiative (RGGI), a market-based cooperative effort among 10 New England and Mid-Atlantic states that reduces emissions while generating economic growth. RGGI offers a proven way to curb climate change from our state’s power sector through a cap-and-invest program.

If Pennsylvania were a country, it would be among the top 20 greenhouse gas-emitters in the world. A third of those emissions come from our electric power sector.

The world is getting warmer. What can Pennsylvania do about it?

RGGI incentivizes companies to develop cost-effective and innovative ways to reduce emissions and, since it launched, the program has generated over $3.4 billion that participating states have re-invested in strengthening the renewable energy sector and slashing consumer energy bills.

We know RGGI works because we’ve seen it in action in other states. In RGGI states, carbon dioxide pollution has been nearly cut in half since 2009. Power plants make the business decision to either pay for their pollution or reduce emissions, finding new and innovative ways to cut carbon.

Meanwhile, electricity prices are down for consumers in RGGI states. We can build these successes into Pennsylvania’s cap-and-invest program and utilize policies that accelerate deployment of renewable energy and invest in energy efficiency programs.

Where we are, where we’ve been: A look at Pennsylvania’s oil-rich history

RGGI offers a powerful first step and foundation to foster a new energy future in Pennsylvania. However, there is much more our elected officials can – and must – do.

Our state has a long tradition of supporting the fossil fuel industry, including billions of dollars in subsidies mostly in the form of tax breaks.

Wolf has committed to veto a new bill, HB 1100, that would offer yet another tax credit to prop up the natural gas and petrochemical industries. Lawmakers are now suggesting they may try pushing to override that veto.

It makes no sense to use taxpayer dollars to support an unsustainable industry that’s putting undue strain on our budget and our environment. Rather than propping up fossil fuels, Pennsylvania’s leaders must shift their focus toward bolstering our growing green economy.

That means funding advances in wind and solar infrastructure and, most importantly, supporting the creation of skilled, high-paying green energy jobs and training Pennsylvania’s workforce to fill them.

Our state has a powerful role to play in a new energy future. We have a clear path toward making it stronger than ever. But we must take action now.

There is no time to waste. We must take bold, comprehensive steps to curb our state’s greenhouse gas emissions and reduce our reliance on an aging fossil fuel industry.

Joseph Otis Minott is the executive director and chief counsel for the Clean Air Council. He writes from Philadelphia 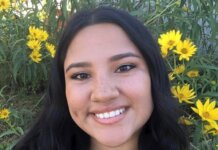 On DACA’s anniversary, a Dreamer dreams of a path to citizenship for all | Wednesday Morning Coffee 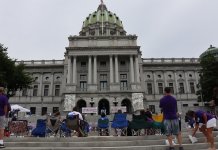 This year, we need a Pa. budget for the people – not just the powerful | Opinion

With RGGI, Pa. has a chance to show leadership in the new energy era | Opinion