Principal William Latson of Spanish River Community High School in Palm Beach County, Florida was removed from his position and reassigned to a different position in the Palm Beach County school district after refusing to admit that the Holocaust was a “factual, historical event.”

It is not that he personally denied the Holocaust.

Rather, in an email to a student’s parent, he relied on a faux professionalism and a dangerous sense of relativism, claiming that as a school district employee, he was not in a position to say that the Holocaust is a factual, historical event since not everyone believes the Holocaust happened.

While it is important to recognize the limits of one’s own expertise, and it is usually a good idea to avoid speaking as an authority on issues that are outside of the scope of one’s proficiency, Latson’s claiming that he could not admit the Holocaust is a historical fact is not only unacceptable, it is irresponsible. One does not need to be a professional historian to know that the Holocaust occurred.

We know that it occurred.

We can visit Auschwitz and walk through the barracks of the concentration camps that now serve as memorials and house personal artifacts of the victims, such as clothing, shoes, prosthetic limbs, even human hair.  We can stand in the gas chambers and see the ovens used to burn the bodies of those who were murdered.  We can talk to survivors and see the numbers tattooed on their arms.

Moreover, when educating students, it is vital to provide them with the skills to analyze data, verify which data are reliable, and arrive at justifiable conclusions; however, it does a disservice to students to make them question the veracity of obvious facts, simply because “not everyone believes in them.”

Imagine if the principal questioned the importance of teaching “Introduction to Physics,” simply because not everyone believes that gravity exists.

Having students “see all sides” to a complicated issue where values can be prioritized in different ways with varying implications so that they can arrive at a conclusion based on facts, their values, and the consequences is one thing. Having students exposed to truth and falsity as two equally valid options is quite another.

Underlying Latson’s refusal is a question of the importance of Holocaust education.

Currently, 11 states, including Florida, the state where Mr. Lawson was principal, have laws requiring schools to provide Holocaust education.

The most recent state to require it was Oregon in 2019, whose law stipulates that instruction be designed to “prepare students to confront the immorality of the Holocaust, genocide, and other acts of mass violence and to reflect on the causes of related historical events.”

While it is typically conceived of as a devastating moment in Jewish history, the Holocaust has much broader lessons to teach.

The Holocaust is the only example of medically sanctioned genocide in history.

It is the only time where medicine, science and politics merged to endorse the labeling, persecution, and eventual mass murder of millions of people deemed “unfit” in the quest to create a more perfect society. Individuals were stripped of their dignity and viewed solely as a risk to the public health of the nation. Their value was determined by their usefulness – or danger – to society.

Today’s political and social landscape is one where the voices of nationalism and populism have become louder and louder.

While the ethos of liberal democracy and multiculturalism still provides a strong foundation for peaceful civil societies and international law, its influence on shaping the future of domestic and international politics is waning. One can see the deleterious effects of hardening ideologies and prejudice, not only along the margins of society, but even within those sectors of society that have traditionally been seen as its stalwarts.

For example, members of various professions, such as in law and health care, have allowed political, racial and religious bigotry to affect the ways in which they engage the most vulnerable. The politicization of social justice and caring for those most vulnerable in various communities is one of the most urgent problems of our day.

By showing that the tragedy of the Holocaust is not only a tragedy in Jewish history but a lesson for everyone, Holocaust education can serve to foster civics and ethics education.

The Holocaust can serve as a historical example for understanding the danger of placing societal progress and political expediency ahead of individuals. Holocaust education is an opportunity to teach the next generation about the essential connection between the past and the future, to give them the tools they need to learn about moral decision making and to emphasize our responsibility to stand up and speak out when we see evil in any form.

How we teach the memory of the Holocaust is intricately tied to our vision for the future of our society.  Let’s stop thinking that “Never Forget” is enough of a message. Let’s remember not only for the sake of remembering, but for the sake of developing our students to become people who respect each other. 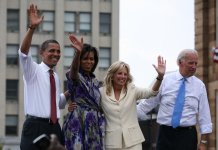 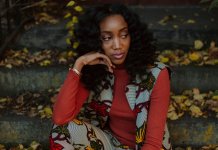