During his State of the Union address back in February, President Donald Trump vowed that “America will never be a socialist country.” And, indeed, there seems precious little danger of that ever happening.

And with such policy proposals as free college, universal childcare, and “Medicare for All” at the center of the debate this campaign season, Americans are certainly taking a closer look at social welfare programs that are common overseas.

Thus, some recent Pew Research Center polling data on Americans’ views and perceptions of socialism and capitalism are instructive. And they’re at the heart of this week’s edition of The Numbers Racket.

It will probably not surprise you to learn that Republicans have more favorable views of capitalism and some pretty pronounced disdain for socialism. Curiously, though, majorities of Democrats have positive impressions of both terms, though “only modest shares have strong impressions of each term,” Pew pollsters found.

Now here’s a bit more about those partisan breakdowns:

Nearly eight in 10 Republicans and GOP-leaning independents (78 percent) had a somewhat, or very positive, reaction to the term capitalism, while more than half of Democrats (55 percent) responded the same way, according to Pew. 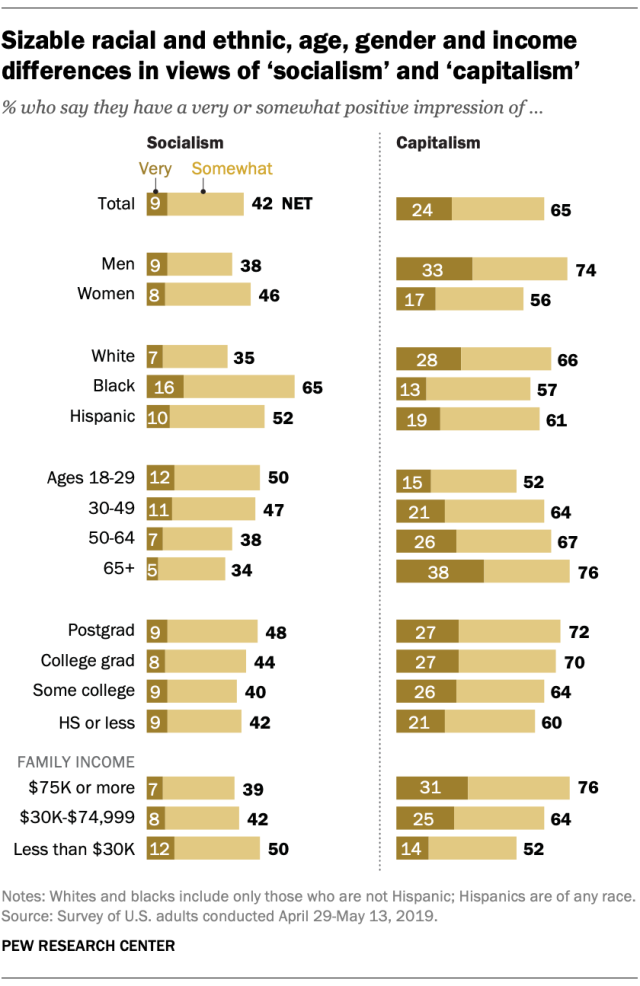 While the poll is silent on the “because” of those divisions, we’re guessing it’s a pretty solid bet that the wage gap and the undue burden of childcare has a lot to do with those gender splits.

It will also not shock you to learn that the more bucks up you are, the more favorably inclined you are toward capitalism.

In a big year, here's how Pa.'s progressive groups are… by Frank Pizzoli March 8, 2022
Thirteen men died after going to the Allegheny County Jail.… by Special To The Capital-Star March 15, 2022
Capital-Star Q+A: Nathan Reigner, Pa.’s first Director of… by Cassie Miller April 17, 2022