Who you calling an ‘off-year’ election? | Wednesday Morning Coffee

Is there any campaign cycle that gets less love than the dreaded off-year election?

It’s in a year that’s not divisible by two. As a rule, there aren’t any high-glam offices on the ballot. Not president. Not governor. Not Congress. Not even some ridiculously gerrymandered legislative seat where the elk outnumber people and the only way the incumbent will lose is if he or she gets hit by an asteroid on their way to a polling place. And probably not even then.

Which isn’t to the say the contests aren’t important. In your typical off-year … sorry … odd-numbered year, election, voters get to pick pols who will have the most direct impact on their lives: We’re talking school board members, township supervisors, county commissioners, prothonotaries (whatever they do) and other jobs that are the political equivalent of an appendix, yet, inexplicably, we keep voting for them anyway.

But as The Capital-Star’s Stephen Caruso reports this Wednesday morning, thanks to an indictment, a promotion to higher office, a death, and a handful of retirements, voters across the length and breadth of our fair Commonwealth won’t be able to swing a dead cat without hitting a special election for Congress and the General Assembly in the coming months.

Voters will pick replacements for a trio of Republican state senators, including one who, if we’re doing the math correctly, has been in office since the Mesozoic Era (just kidding). They’ll also pick a replacement for two House members, one of whom resolutely refused to leave right up ’til the last minute, and a U.S. Congressman from northeastern Pennsylvania who’s contending with what sounds like some serious health issues.

All of this adds up to the most consequential special election season that we can remember in a long time. And while we joke about the other offices on the ballot this year, we should stress that they’re hugely important. And that’s why it’s critical that voters are as informed as they can possibly be before they head into the polling station in the coming weeks and months.

The rest of our stuff.
Caurso hung out at a budget hearing for the Pennsylvania State System of Higher Education, where ^%$# got real over some lamentable Latino enrollment numbers.

The ADL released some disturbing data on incidents of extremist violence in Pennsylvania in 2017-18.

It’s official: Democratic Socialism is now the ‘Goosebumps” of Republican fundraising. The Capital-Star’s Elizabeth Hardison has the story.

On the Opinion side of the House, the County Commissioners Association of Pennsylvania says it’ll need the state’s help to make sure the 2020 elections are safe and secure.

Pennsylvania is doling out money to stop school shootings, but local officials are having trouble ‘finding the right way’ to stop them, PennLive reports.

One Pa. lawmaker hopes a tax on video games could help cut down on school shootings, The Inquirer reports.

Because it’s what they do, a group of Penn State alumni is again attacking the Louis Freeh report on the Sandusky scandal, The Inquirer also reports.

The Post-Gazette homes in on a dispute over the state’s role on Medicare Advantage members’ access to UPMC.

City officials in Philly have filed a $2 million lawsuit against a recovery center in the city’s Kensington neighborhood, BillyPenn reports. 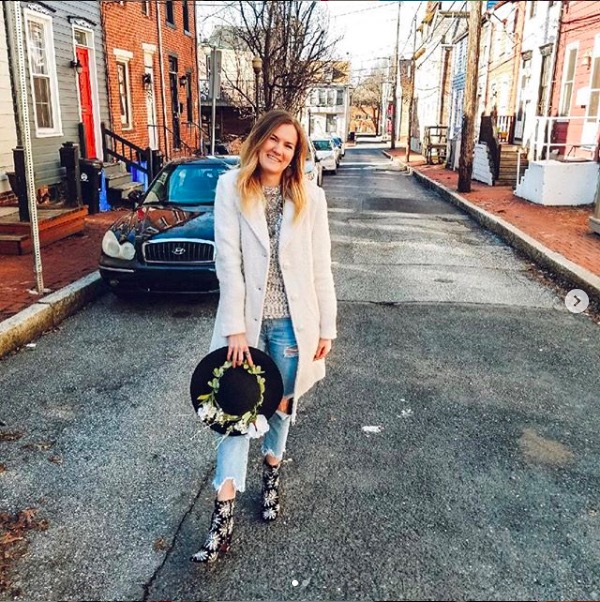 The PG’s publisher went ‘berserk’ in the newsroom, now the union wants him banned, The Incline reports.

WHYY-FM profiles one of Philly’s few black midwives, and her efforts to expand healthcare options for women of color.

The Pa. Post offers one explanation for why there are so many school superintendents in Pennsylvania.

The diverse field of 2020 Democratic candidates is under pressure to make their staff, which is mostly male and white, equally diverse, Politico reports.

Will Colorado get its first female United State senator in 2020? Roll Call considers the chances.

What Goes On.
Budget hearings roll on in the House this Wednesday, as three, would-be governors get their turn in front of PCN’s cameras. All meetings are in 140 Main Capitol.
10 a.m.: State Treasurer Joe Torsella
1 p.m.: Auditor General Eugene DePasquale
3 p.m.: Attorney General Josh Shapiro

Heavy Rotation.
Here’s an old fave from Mumford & Sons to get your Wednesday morning rolling.

Who you calling an ‘off-year’ election? | Wednesday Morning Coffee

These Pa. lawmakers have 2022 primary challengers by Special To The Capital-Star April 11, 2022
What, to the slave, is the Fourth of July? | Monday Morning… by John L. Micek July 4, 2022
Here's what to do if your vote is challenged on Election Day… by Capital-Star Guest Contributor November 4, 2022