SOMEWHERE ALONG LONG ISLAND SOUND – From my beach chair, there’s a strong wind blowing in from across the water, rippling the pages of my book, as moisture slowly condenses on the beer bottle at my side.

Squinting against a strong afternoon sun, I find the kids in the middle distance, water up to their waists, as many as there were the last time I looked up to check.

My cousin, Brian, taps me on the shoulder, and asks me if I want another beer. The answer is never anything but yes. And, seated in a circle with my cousins, we laugh, catch up, and just get a little goofy.

And all is pretty much right with the world.

This four-day weekend in July is an annual tag-up with my roots. I would not trade it for anything.

When I pile my bags and the chairs and towels and food and drinks and presents in my trunk early on Friday morning, and point my car north for the five-hour drive home to Connecticut, what I’m bringing with me isn’t nearly as important as what I’m leaving behind.

For four days, I turn off the news, turn up the music. And the world exists no further than the distance between my chair and the water’s edge.

For a blissful 96 hours, the rhythms of my days are guided by little more than Spotify playlists; finding the best running routes through town; a trip every morning to the coffee shop; and, of course, procuring Prosecco and orange juice for the mimosas on Sunday morning.

There’s subs and tables sagging with trays of baked ziti and eggplant rollatini and a pasta and pesto salad.

The coolers are full. There’s burgers and dogs and hot sausage on the grill. And there’s conversation. And old jokes.

And laughter – so much laughter.

I wasn’t always this good at doing nothing.

For a long time, I thought that if I wasn’t being productive in some way, either by puttering around the house or the yard; by actually doing my job, or engaging in some other planet-improving activity, I was shirking my responsibilities as a human.

It took getting older – and loss – to understand how wrong I was.

Members of my family have been coming to this Connecticut shore town for four generations. I grew up in a little town in the Litchfield County foothills about an hour north. The week at the shore was a rite of summer.

My earliest memories go back to the 1970s: endless days, sticky nights, box fans blowing in the windows. Bathing suits hanging in the outdoor shower, and an FM radio on the sand blasting AOR rock. Somehow it was always Warren Zevon’s “Werewolves of London.”

Viewed through the prism of 40 years – my God, has it been that long – what sticks with me most now is the way life cycles on you without your even noticing it.

In those days, our grandparents kept counsel in the cottage.

On cold days, they whipped up monster pots of pasta fagioli (and if you pronounced it anything other than “pasta fazool,” Heaven help you. These were proud southern Italians, after all.).

On hot days, there was bluefish and crab and lobster. My one adventure on a lobster boat, watching as the traps were hauled up from the steel gray water, is as vivid now as it was then.

Our parents were on beach chairs in the sand, while my sister and I, and our younger cousins, splashed in the shallows or crawled on the rocks, smashing open mussels and tying them to string so we could lure crabs out of the pools between them.

Every once in a while, our parents would look up from their magazines or their conversations or their drinks to make sure we hadn’t drowned. Or gotten stung by a jellyfish – because someone, it seems, always managed to get stung.

Our grandparents’ generation has passed on now. And our children hear about them, sturdy Italians who came over in 1929, only through collected legend and yellowing photographs on our family cottage’s walls.

Now, our parents are the grandparents in the house, muttering wisdom to themselves. And some of that generation has passed on, too.

So my cousins and I are the parents on the beach. And our kids and their younger cousins are running off to the water or to the Italian ice truck that pulls up like clockwork every afternoon around 4 p.m.

The jellyfish, I’d add, are nowhere to be found. I’m not sure how I feel about that.

Life circles. The sun still shines. The music still blares. And I laugh at that younger me who once would have bristled at this delightful idleness.

In doing nothing, sometimes you do everything. 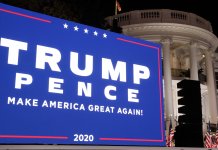 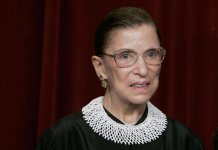 Legislature set to finish a troubled September without solving its two,...