Good Monday Morning, Fellow Seekers.
When Paula Meninato was in high school, a friend’s mother would bring her to the polls on Election Day so that her daughter and her young friend would have the experience of the polling place, and, when the time came, that, she too, would know how to vote, and participate in the electoral process.

These days, Meninato, of Philadelphia, not only votes, she’s helping to educate other Latina women about voting so that one of the state’s fastest growing voting blocs can make its voice heard in one of the most critical elections in decades.

“My parents always stressed the importance of civic duty,” Meninato, a bilingual digital organizer for the advocacy group MomsRising, told the Capital-Star in a recent interview. “Most of my family come to me to ask questions about voting because there’s a lot of things they don’t know.”

With just about two weeks to go before Election Day, Bay Area-based MomsRising is organizing LatinX women and women of color in seven key states, including Pennsylvania, the group’s vice president, Xochitl Oseguera, told the Capital-Star last week. According to its website, the group boasts more than 1 million members nationwide, and 36,000 in the Keystone State.

“We hope that, in the next election, we will have more Latinas elected and leading in every aspect of our lives,” Oseguera said. “We will not be given the power, we have to organize and take it.”

Our separate interviews with Meninato and Oseguera about the group’s work nationwide — and here in Pennsylvania — this campaign season has been lightly edited for content and clarity.

Q: Tell us about Moms Rising, what is it? What does it do?

Oseguera: “We advocate for policies that help working families and to end the discrimination against women and mothers. We work at a national, state and local level on policies [that include] paid family medical leave, early childhood education, access to affordable healthcare, access to maternal justice, also gun control and immigration justice, among many others.”

Q: What does that look like from a digital perspective? What kind of outreach are you doing?

Meninato: “What I do is try to get LatinX voters engaged and going to the polls through digital media. We have been running ads and multiple social media pages to get people to vote … Right now we’re mostly using Facebook and Instagram and we’re relying on Facebook ads and also radio ads to reach people.

“We want to make sure that people have the correct information and that it’s out there in Spanish, because there are a lot of LatinX voters who don’t have the correct information, such as about naked ballots. And there are a lot of steps to follow to vote in Pennsylvania by mail. Folks will send in their ballot and not realize they need the secrecy ballot.

“For a lot of LatinX voters, they don’t have the tradition of voting, because they might be first in family to vote. And little things like that might be stand in the way of them successfully casting their ballots.”

Q: There’s been some reporting out there that the LatinX community feels like it’s been taken for granted, that politicians only seek you out during campaign season when they need your vote. What’s been the response within the community to that, and how have you been working to change that?

Oseguera  “I have been organizing Latinas for over 20 years. This, for me, is a long-term project, a long-term mission, because a lot of parties and politicians are reaching out [only] when they need our vote.”We’re more engaged and we’re more aware. And we’re growing. That’s the key. Our political and economic and purchasing power is growing. And our organizing is getting better. Every year, we have almost 1 million LatinX [Americans] who are going to be voting. We’re not a minority anymore. We’re a rising majority.”

Q: What does the issue advocacy look like? What are you talking to voters about?

Oseguera: “Immigration is not our only issue …The top issue in our community is COVID. Most [of us] have known someone with COVID. That’s on top of our minds, as well as the economy and jobs, and education.”

Q: The community is a varied and vibrant one. It’s hardly monolithic. The priorities of, say, voters of Mexican descent might not be those of Cuban descent. How are you speaking to those different constituencies?

Meninato:  “One of the things to note is that we’re targeting Puerto Rican moms, because if you live in Puerto Rico, even though you’re a citizen, you can’t vote for president. But you can the minute you move to the mainland United States. And they’re one of the biggest voting blocs in the United States. Literally, the Puerto Rican vote could swing the election in Pennsylvania. There are 400,000 Puerto Ricans who are eligible to vote in Pennsylvania … and just 44,000 votes determined the presidency [in Pennsylvania] in 2016.”

Q: The U.S. Supreme Court ruled [last] week that it’s okay for the Trump administration to stop the Census early. Now the court is being called to rule on whether undocumented immigrants can be excluded from the count. The former already has far reaching implications. What about the two together?

Oseguera: “It is very worrisome. I think it is going to have a very long impact. There will be a couple of generations who are going to be impacted by this decision. I hope it’s not as bad we think it is.”

Q: People are already voting in Pennsylvania. Do you have a sense if LatinX voters are in that early cohort? Are they as engaged?

Meninato: “The people I’ve been talking to have said they’ve already voted. But they are politically engaged. So it’s a little early to tell. There will be an emphasis on phone banking [to mobilze people]. Because of COVID, you don’t see as much canvassing, which is unfortunate, because canvassing is the best way to reach people.

“Some of the people we’re targeting are single moms with three kids — so it’s really important to go to people and make sure they have the information they need. It’s not just mom, but it’s also the kids. If they don’t watch her vote every year, they won’t go.”

Our Stuff.
Today is the last day to register to vote in Pennsylvania if you want to cast your ballot in the Nov. 3 general election. Our Hearken Election SOS Fellow, Kenny Cooper, has what you need to know about registering — and obtaining a mail-in ballot.

Black and Hispanic Americans have been hit disproportionately hard by the COVID-19 pandemic. In this week’s edition of The Numbers Racket, Cassie Miller dives into the data to give you a fuller picture.

From our partners at Pittsburgh City Paper, here’s a lengthy profile of Democratic state Treasurer Joe Torsella, who faces Republican Stacy Garrity as he contends for a second term in November.

On our Commentary Page this morning, two Penn State scholars explain why our current healthcare system poses a threat to Hispanics. 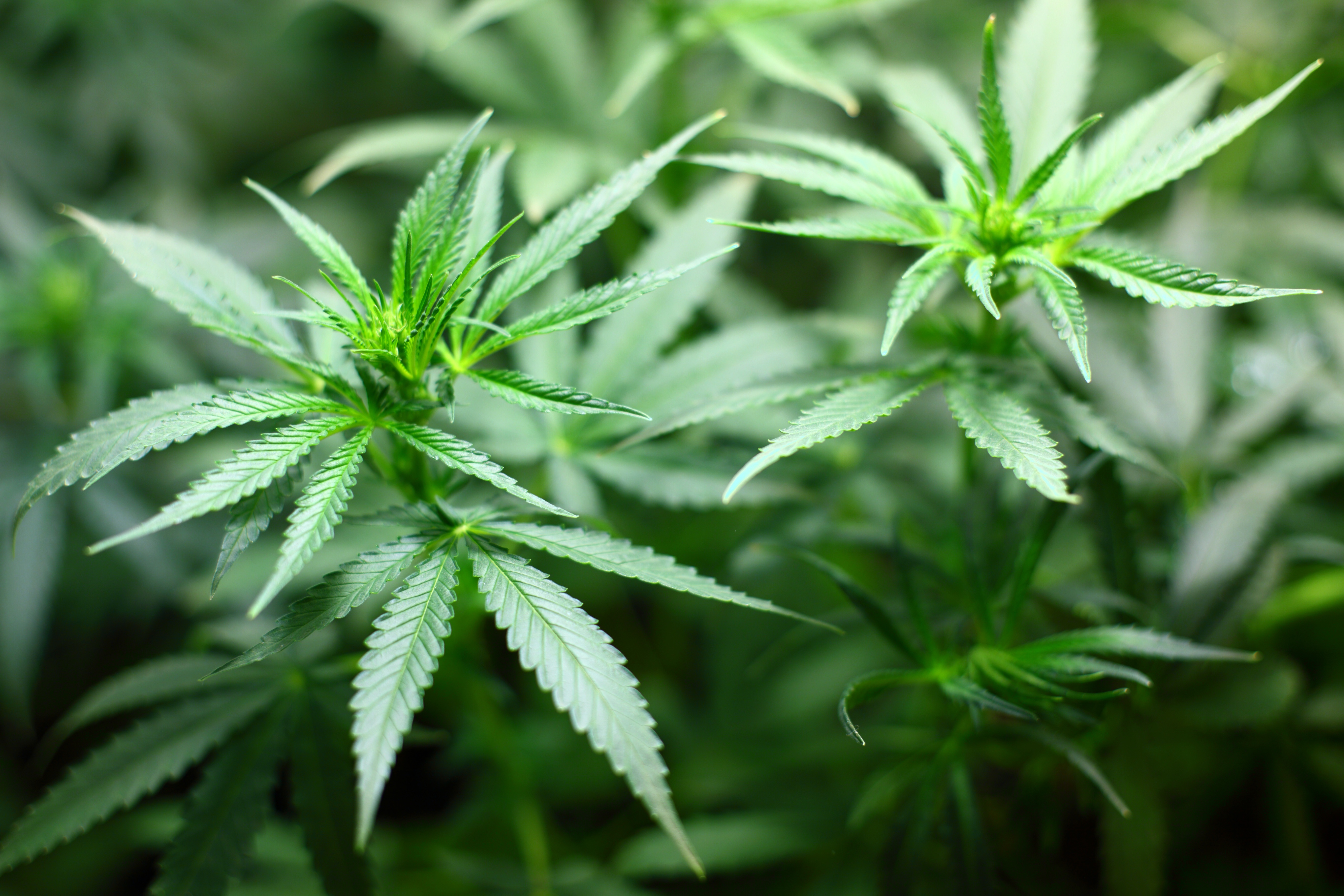 Elsewhere.
The Inquirer explains why some people are facing arrest for not surrendering their medical marijuana cards.
A plan for Pittsburgh’s Schenley Park is being touted as a ‘plan for a generation,’ the Post-Gazette reports (paywall).
PennLive looks at the Pennsylvania counties that flipped for Donald Trump in 2016, and whether they could go for him again in 2020.
The Morning Call looks at the debate over how to spend $1.3 billion in unspent federal stimulus funds as the state gears up for Budget Debate Part II.
Democratic U.S. Rep. Matt Cartwright and Republican challenger Jim Bognet ‘[slugged] it out’ during their 8th Congressional District debate on Sunday, the Citizens-Voice reports.

What Goes On.
The House and Senate both come in at 1 p.m. today.
Here’s a look at the day’s committee action.

You Say It’s Your Birthday Dept.
Best wishes go out this morning to Borys Krawczeniuk, stalwart politics reporter at the Scranton Times-Tribune, who celebrates this morning. Congratulations and enjoy the day, sir.

Heavy Rotation.
Here’s some (very) new music from Groove Armada: It’s ‘Get Out on the Dance Floor.’ And who on Earth are we to argue?

Monday’s Gratuitous Soccer Link.
It was a very happy weekend indeed, as our club, Aston Villa, prevailed over Leicester City 1-0 on Sunday afternoon, keeping a winning streak alive that sees the Villans sitting at an improbably wonderful 2nd place in the Premier League table.

And now you’re up to date