We have been lamenting the inevitable fate of the Democrats’ ridiculous cast of thousands surfacing over the past several months.

The dreaded fear of a race with little hope of consensus is in danger of coming to fruition.  The most recent debates only reinforce the harbingers of doom. Yet there are reasonable alternatives that could make “His Arrogance” squirm just a little.

It will perhaps take a lightning bolt of self-awareness to shock the remaining candidates into an admission that four more years is too high a price to pay for any candidate’s personal ambition. It is not too late, however, for the party professionals to tell the wannabe saviors to put their weapons down, get in a straight line, and listen to what they are all going to do for the good of country and party.

Before your prudence and pragmatism compel you to stop, please take a moment to consider these factors that, blended together, may create a prescription cocktail to cure the Democrats’ current ills.

Ask yourselves whether a ticket that meets these criteria would not be one worth punching with enthusiasm:

Moreover, a pairing of two people with guts, integrity, and no fear of the bitter invective spewed daily from Trump’s profane lips. Finally, a combination in which neither team member is subject to accusations that his/her viability turns on membership in the landed gentry or fueled primarily by an inexhaustible supply of money.

Reverse spoiler alert, we have previously suggested that Landrieu would be a terrific alternative to the current suitors for the big prize.

However, it is becoming apparent that the public, to some degree, may have some misgivings about latecomers who have not earned their “bones” or emerged from the crucible of the ongoing campaigns. Landrieu himself has avoided any discourse or show of intent in challenging the surviving combatants.

Fair enough, but for reasons already expressed at length, we believe that he represents an irresistible component of the dream ticket, if only as the wingman.

There is ample justification for the argument that this pairing satisfies all of the above-mentioned variables.  First, the obvious.

The only potential quarrel may rest on the absence of a minority presence.  However, Landrieu’s eloquent and dispassionate stance on Confederate monuments and the hideous hypocrisy of the “Lost Cause,” together with his expressed views on immigration, clearly cloak him with credibility and, in fact, cachet with people of color.

Moreover, the performance of African-American candidates over the past twelve months reinforces the notion that a person of color is not necessarily a guaranty of a vigorous turnout among minorities.

Warren is a passionate candidate who is an extremely intelligent, scrupulously prepared, and tireless campaigner. Her raw savvy alone would make her a formidable opponent for the intellectually bankrupt, superficial occupant of the White House.

Regarding their other virtues, particularly as adversaries capable of winning a skirmish with the incumbent, one should simply observe them closely in a hostile forum.

Rest assured, on the debate stage, Trump will not hover over Ms. Warren like a panther about to pounce on defenseless prey. Further, could you envision a debate between Landrieu and Vice President Mike Pence? If it were a thoroughbred race, they would not even allow wagering.

Our suggestion is not without difficulties.

Will the voters who stayed home in 2016 turn out for Bernie Sanders in 2020? | Fletcher McClellan

For those diehards enamored with the remaining field of dreamers, as worthy and formidable as it may be in the abstract, the following observations warrant attention.

U.S. Sen. Bernie Sanders, I-Vt., is an unrepentant socialist. While self-awareness should not be viewed as some tragic Shakespearean flaw, when America walks into the little booth, the specter of Lenin, Trotsky, and all the proud young Bolsheviks will be in their minds, however silly and misplaced.

Regrettably, it is what it is and we are what we are. Sanders’ base, especially given his frontrunner status, has been passionate but unrelenting in the process. His surrogates have alienated more than one Democrat. Their willingness to offer vigorous support of a ticket that excludes him, certainly not a foregone conclusion, is the sine qua non of any hopes for a November victory.

Former South Bend, Ind. Mayor Pete Buttigieg is aglow with some recent success but unrealistic about his probable lack of staying power and, while sexual preference should be a colossal irrelevancy, will it not slap many homophobic, intolerant or simply old-fashioned voters in the face when they enter the privacy of the voting booth?  A pity, a shame, and a grim reality.

U.S. Sen. Amy Klobuchar, D-Minn., is appealing and the strong showing in New Hampshire is inspiring.

However, she finished as an also-ran in a neighboring, cornpone, middle American venue and the fear is that the bloom on the rose will not last forever. Her so-so performance in the recent debate evinces some falling petals.

Former Vice President Joe Biden, a true statesman and a candidate with some gravitas, sadly has shown signs of decline and financial stress.

He rallied most recently on stage, but doubts remain.  Lastly, former New York City Mayor Mike Bloomberg may bear the stigma of being still another wealthy, white guy, who is largely unapologetic about his association with the Not-So-Grand Old Party. His unprepared and non-responsive debate performance may have exposed a candidate who will go only as far as his checkbook will carry him.

And let’s face it. Our proposal is hardly without baggage. Medicare-For-All in its current iteration has to go. It will never be enacted anyway.

Warren, however, need not surrender all of her hopes for a nation acknowledging that largesse is not a four-letter word.

As history would support, for example, her notions of a progressive tax base are hardly subversive. Landrieu undoubtedly has a recognition problem.

That is what conventions, campaigns, and video records of such things like the Confederate monuments speech are designed to remedy. Whatever the difficulties, they certainly can be no worse than having the current field of candidates continuing to carry out their own executions together with the hopes of the Democratic Party for a win in November.

Still, the fiasco in Iowa, the pathetic debate, and the growing likelihood of an unbroken logjam or the rare brokered convention, are grounds for serious concern, if not panic.

The vindictive action of our foul-mouthed and feckless leader and the blight that appears to be spreading even in the Justice Department sounds deafening alarms. Ideally, the Warren/Landrieu option could be included in the mix as the party moves forward to an election in which the future of the republic hangs in the balance.

Michael J. Cozzillio, is a former member of the faculty at Catholic University School of Law and the Widener Commonwealth Law School in Susquehanna Twp., Dauphin County. Craig N. Moore  is currently a criminal defense attorney. Their work appears frequently on the Capital-Star’s Commentary Page. 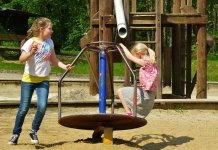 Despite Wolf’s order, GOP lawmaker wants to send Pa. back to...