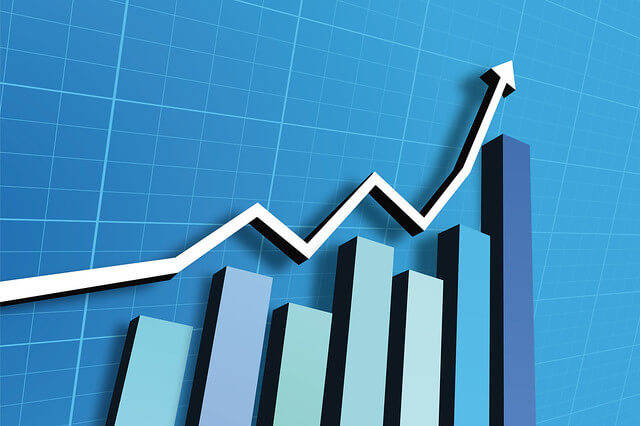 With its mix of ages, races, gender and experience, the 2020 Democratic presidential primary pack has been rightfully hailed as one of the largest and most diverse in years.

But … just but … what if the primary field’s size and diversity is, at least in one significant way, working against it?

Writing for FiveThirtyEight this week, Nathaniel Rakich notes that the sheer size of the primary field means that some candidates are going to have to be left on the cutting room floor.

“With upwards of 20 candidates and potential candidates, pollsters are forced to make editorial decisions about whom to ask about,” he wrote. “And with new candidates still popping up out of nowhere, the field is enough in flux that it looks different every month. By our count, nine pollsters have polled either the same state or the entire nation more than once since the 2018 midterm elections, which is when we started collecting 2020 primary polls. But none of these pollsters have kept the same list of candidates for every poll — although some have been more consistent than others. This means great care must be taken in declaring a candidate is surging — or struggling — even when comparing his numbers in polls from the same pollster.”

But, “the good news is that, in most polls, the candidates who are rotated in or out are polling poorly, so it doesn’t make a huge difference whether they’re included or excluded. Plus, there can be good reasons for a pollster to update the roster of candidates it asks about; it’s important that a poll reflect the most up-to-date state of the race (e.g., Bloomberg looks like less of a factor now than he did in December, and Buttigieg looks like more of one),” Rakich wrote.

And that matters, after all, because poll standing is a guaranteed ticket (or not) into the debate schedule, Rakich also notes. But, “the fact that poll results influence which candidates can get into the debates weighs on some pollsters when they decide how many candidates to ask about.”

“The fluid field is one reason not to read too much into early 2020 polls. When comparing polls — even when they’re from the same pollster — take care that the candidate rosters don’t differ too much. And the next time you see a surprising result, make sure you scan the list of candidates to make sure no big-name potential candidates are unduly included or excluded. Overall, the most useful 2020 polls are those that come as close as possible to the final list of candidates that will appear on ballots in less than a year’s time. Of course, the trick is guessing right,” Rakich writes.

Our Stuff:
Elizabeth Hardison takes note of the reaction — the good, the bad, and the wonky — to the Senate nuclear bailout bill.
Sarah Anne Hughes looks at the GOP’s ongoing efforts to stomp out general assistance payments to the poor.
U.S. Rep. Brian Fitzpatrick’s independent streak endures. He was the only Pa. Republican to vote in favor of reauthorizing the Violence Against Women Act, Capital-Star Washington Bureau Chief Robin Bravender reports.
Here’s your clip-and-save list of the five most — and least — financially literate states in the union. Pennsylvania, back to personal finance class with you.

On the Opinion side of the house, a critic explains why Pa.’s nuclear industry is looking for a handout – not a bailout. And Stephen Herzenberg of the Keystone Research Center has some thoughts about why federal overtime pay rules are awful and how Pa. could be a counterweight.

Elsewhere:
Philly’s building trades unions – with the notable exception of the IBEW, are lining up behind Philly Mayor Jim Kenney, PhillyClout reports.
A new Pa. State System of Higher Education plan lets students know their tuition costs, PennLive reports.
State officials have fined a nursing home for veterans in Pittsburgh, The Post-Gazettereports.
Flu hospitalizations are up by 62 percent statewide, The Tribune-Review reports.
To assist in preservation efforts, Philly is creating a ‘comprehensive’ index of its historic buildings, BillyPenn reports.

A post shared by Rahul Nandkishore Shende (@rahul_nandkishore_shende) on Apr 4, 2019 at 7:35pm PDT

The Incline tells the tale of Pittsburgh’s ‘mysterious shipwreck.”
The Morning Call has more about the … pardon the pun … unfolding controversy surrounding the flying of the Syrian flag outside Allentown City Hall.
People all over Philly are lining up for the city’s municipal ID, WHYY-FM reports.
Bernie Sanders will participate in a Fox News town hall in Bethlehem, PoliticsPA reports.
Emily’s List is eyeing the Texas Senate race amid speculation that U.S. Rep. Joaquin Castromight jump into the race, Roll Call reports.

What Goes On:
12 p.m., Main Rotunda: Rally for a higher minimum wage. A Friday rally in the Rotunda has always struck us as an  instance where admirable enthusiasm trumps expectation for actual attendance.


Friday’s Gratuitous Hockey Link.
Are you kidding? There is exactly one hockey story that matters today: After 10 long years, our beloved Carolina Hurricanes are headed for the playoffs. Go ‘Canes!