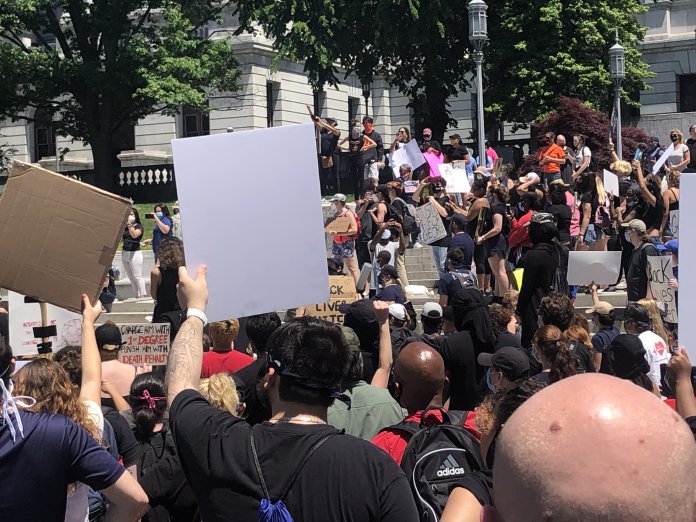 Race is a social construct, but we certainly understand its impact. It is real in its consequence and real in our engagements or lack thereof.

The concept of allyship and community engagement seems like a dream but feels like a nightmare in practice. There is a very real struggle in discussing race relations in this society. Most recently, the discussion surrounding police brutality and nationwide demand for allyship and advocacy has led to a very interesting question: Who owns the right to care about Black and Brown lives?

We know that in order to move communities forward, there must be a vested interest from one’s own community. There is an idea that Blackness cannot be fully understood in its fullness, in victory or defeat, from anyone but our own.

However, racial tensions in America has brought the discussion of white allies to the forefront. The mistrust amongst Black and white America is deep rooted, seemingly embedded in our DNA. Although the idea of advocacy amongst Black and white communities is not a new one, it appears the urgency to show solidarity has created miscommunication and at times, overstep.

For many Black and Brown populations, white alliance has become a slap in the face when seen through the media lens. It presents alliance under the ‘white savior syndrome’. It implies that White America is both oppressor and savior.

So often, the idea is that for Black Americans to be saved, it must come at the hands of White Americans. This misguided narrative leads to strained approaches on dismantling systems in minority populations. “Allies” are hard to label as such under these conditions. Mistrust is high and disingenuous experiences have left a bad taste for many minorities.

But what of our allies? What support or praise is earned or due to those whom step bravely into the fire meant to condemn their peers? Is the fear or refusal to appeal to their humanity misguided? Have we lost touch with the need as minorities to provide the benefit of the doubt to those who have demonstrated efforts in changing the white narrative from oppressor to supporters?

After all, if the argument supporting dismantling systems involves using the dominant culture,, how can that be done without trust, communication and acceptance. If forgiveness is not at play, can true cohesiveness be achieved?

Our society is divided, struggling to maintain a balance between how to remain cognizant of racial inequality without losing sight of alliances needed to become progressive.

Over the past weeks, the idea of race, allies, and authenticity has been on the rise in community discussions. What we know for certain is this: There is a time to listen and there is a time to speak. For minorities, the challenge lies in allowing for dialogue but being present as gatekeepers at the head of our house. Allies do not bring automatic relief to minorities.

The process to developing authentic relationship will bring about feelings of resentment, doubt, frustration and eventually, hope. As we work  at dismantling systems we must first be clear that the road to togetherness is not paved in yellow brick roads.

Crossing through the crossfire of mistrust, resistance, and complexities in one’s own sense of Trauma will be the prerequisite battle for advocacy.

For allies, navigating whiteness in power and humility will be the challenge. Listening and learning will be necessary in a space where all too often, your voices have drowned out those whose demands required your attention.. while dominant culture is needed to aid in progress, that can only be done when one is clear in the objective at hand and has listened long enough to those who can explain the complexities of oppression from firsthand accounts.

Before one can advocate, one must first listen.

The uphill battle towards allyship for both minorities and whites is enough to disenchant even the most enthused advocate. However, dismantling the system requires everyone’s support. The issues, quite frankly, are not “Black and White.”

Those who are allies should be so in authenticity and in truth. The African American community in kind must do their work to be appropriate, responsible gatekeepers, ready to create safe spaces for dialogue, identifying ways in which allies can further their reach and impact, and addressing our needs accordingly.

Working together will inevitably involve give and take on both sides.

Allies must depend on the subject experts, the African American Community, to lead the march, walking alongside of us with humility and sympathetic ears. And African Americans must create spaces for allies, in order for them to listen to our voices and work on our behalf.

Fiordaliza “Ana” White is the owner of Way With Words Consulting Services,LLC., specializing in diversity and inclusion professional development training. She also works in mental health services in the Harrisburg area.

The road to Black and white allyship isn’t a smooth one. But it’s one we walk together | Opinion