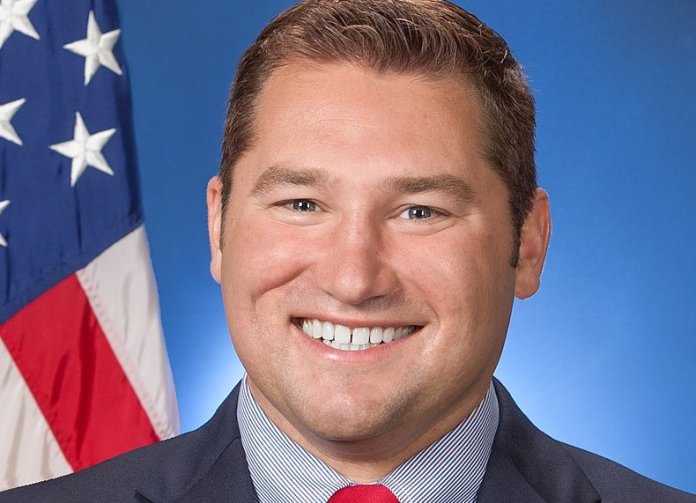 So were scrolling through the Twitters on Tuesday, when this caught our eye:

Proud to be an original member of the newly formed Anti-Socialism Caucus. Together we must remember the dangers of socialism throughout history and work to defend liberty and free markets in our country.https://t.co/ioqzrJ5RAz

So, naturally, we clicked through, because, well, the Pavlovian pull was too strong to resist.

There, we learned that U.S. Rep. Guy Reschenthaler, R-14th District, who’s Pennsylvania’s newest member of Congress, has sufficient free time that he’s managed to find his very own Daryl Metcalfe.

That’d be U.S. Rep. Chris Stewart, R-Utah, who gloated on Twitter recently that he’d received a permission slip to form the “Anti-Socialism Caucus,” whose sole purpose is to “defend individual liberty & free markets and highlight the dark history of socialism.”

The reaction from the Twitterati was about what you would have expected:

“So much time has passed from the fall of the Iron Curtain that many have internalized — or never experienced — Socialism’s ultimate price,” Stewart said in a February press release, according to the online Conservative Review. “If we fail to recall those dangerous times, the primitive appeal of socialism will advance and infect our institutions.”

We’ll put aside for the moment the clear conflation of totalitarian communism and socialism — which can be, and is often, small-“D” democratic — as evidenced by some components of the English and Canadian healthcare systems and the vigorous social democracies of Scandinavia.

We couldn’t help but think that there wouldn’t be any need for Reschenthaler and his merry band of fellow travelers to defend the mechanisms of the free market if they were working equally for all Americans.

As we noted in this space on Tuesday, the regional divisions between the haves- and have-nots are growing more and more profound all the time and middle-income earners are being squeezed out of the picture. The gap between CEO pay and the average worker bee is wider than ever. And nearly two-thirds of Americans don’t have the cash on-hand to weather a $500 surprise.

Thus, it should come as no surprise that such wild-eyed proposals as universal childcare and preschool; affordable or free college; Medicare for All, and a $15/hr minimum wage, stack up pretty nicely alongside a much-ballyhooed tax cut package that ended up being a sweet deal for the rich, but ended up handing a nasty surprise to most rank-and-file taxpayers.

And, shocking exactly no one, Republicans ended paying a price at the polls in 2018, with control of the U.S. House flipping back to Democrats (who also need to get their own ideological house in order to retain control) and gains in the Pennsylvania House and Senate (which continued last week).

Reschenthaler and his colleagues who are standing athwart history and shouting “Nyet!” are fighting the last war.

Instead of getting together in a room and complaining about how the Reds are taking over Washington, they should be out there offering arguments in the affirmative for their own policies and why they deserve to be returned to the majority.

In much the same reason voters gravitated toward President Donald Trump’s populism in 2016 because they thought they were going to be getting something — and then found out they’d gotten snookered — voters are now embracing progressive solutions.

Republicans failed to come up with a workable healthcare plan. Their tax cuts are a charade. They didn’t do anything about childcare or college affordability while they had the White House and both chambers of Congress.

Tailgunner Guy and his colleagues shouldn’t be shocked this is happening. And in forming this caucus, they’re acknowledging, in a way, that they’ve already lost the next war of ideas.

Elizabeth Hardison leads our coverage this morning with the news that a state Senate committee has advanced a redistricting reform proposal that all concerned agree could use some work.
Stephen Caruso caught up with nurse-practitioners who are hoping the fourth time’s the charm for a bill that would expand their scope of practice.
We hung out with community college advocates who hope this year’s vogue for all things workforce development will yield them a bigger piece of the budgetary pie.
And Capital-Star Washington Bureau Chief Robin Bravender caught the Capitol Hill contretemps between U.S. Rep. Matt Cartwright and U.S. Attorney General Bill Barr.

On the Opinion side of the house, new Capital-Star contributor Kadida Kenner says the easiest way to shrug off the legacy of white supremacy is to raise the minimum wage. And a trio of attorneys explain why it may not be as easy as you think to regulate PFAS.

Elsewhere.
New Jersey is getting ready to legalize cannabis. But growing it at home is still off-limits, The Inquirer reports.
PFAS contamination has been discovered in York County, PennLive reports.
The 140 cats, yes, 140, that were removed from a Lehigh Valley home last week are doing well, The Morning Call reports.
Pittsburgh Mayor Bill Peduto has signed new gun-control legislation into law, The Post-Gazette reports.

What Happens on Twitter: Yeah, this happened … in the real world. Perfect timing:

I just asked our attorney to have a resolution drafted to IMPEACH the Mayor of Pittsburgh for his illegal gun control ordinances!

An independent bookstore in West Philly is up for sale. BillyPenn explains how you can get in on that action.
The survivors of sexual abuse by nuns are now standing up and asking to be counted,WHYY-FM reports.
Polarizing York County commissioner candidate Steve Chronister skipped a candidates forum Tuesday, the PA Post reports.
Democratic presidential candidate Tim Ryan will headline the Erie Dems’ spring dinner, PoliticsPA reports.
Politico explains why the Dems aren’t saying much about immigration.
Democrats may look to use the power of the purse to get their hands on the Mueller report, Roll Call reports.

What Goes On.
Today’s schedule, as befits a session week Wednesday, is totally bananas, Hope you wore your walking shoes. The House and Senate gavel in at 11 a.m. The two chambers will meet in joint session at 11:30 a.m. to honor the victims of The Tree of Life shootings last October.
Meanwhile:
9:30 a.m., Main Rotunda: AG Josh Shapiro and Senate Dems on extending the statute of limitations in sexual abuse cases.
10 a.m., Media Center: Rep.Tim Briggs and others on something called Zero Waste PA. Because everything has to be called Noun Verb PA. these days.
10 a.m., Capitol Fountain: The Pa. Fish & Boat Commission offers fly fishing lessons and will sell fishing licenses. The first ever Morning Coffee Spear-Fishing Festival will be held at the same time.
10:30 a.m., Main Rotunda: The Pa. State System of Higher Education holds its annual lobbying day.
11 a.m., East Rotunda: The House Democratic Caucus holds its Diversity Day observance. Performances at noon.
12 p.m, Main Rotunda: The AARP rallies against high drug prices.
2:30 p.m., Main Rotunda: Rally to expand the States Alternative Energy Portfolio to, like, a Trapper Keeper, at least. And you know you had one.

WolfWatch.
At 11:30 a.m., Gov. Tom Wolf will attend the joint session honoring Tree of Life victims. At 2 p.m., in the Reception Room, he’ll announce grants to “connect teachers to local businesses,” which is what we thought the Yellow Pages were for, but no matter.

You Say It’s Your Birthday Dept.
Have a birthday shout-out? Email us at [email protected] to be included.

Heavy Rotation.
Here’s an old favorite from The Heavy that seems to be following us around this week. It’s “Short Change Hero.”

Thursday’s Gratuitous Hockey Link.
The playoffs get underway tonight. Please don’t disturb us after about 7 p.m. Meanwhile, New Jersey won this year’s NHL draft lottery, and will get to pick first.