The Leg did the right thing on police reform. The work is just starting | Thursday Morning Coffee

Okay, write down the day, we hardly ever say this: The Pennsylvania House and Senate did the right thing Wednesday as the two chambers approved long-overdue police reform legislation that will, among other things, ban police chokeholds and provide more transparency in the hiring of police officers.

The bills, as the Capital-Star’s Stephen Caruso ably reports, still need final votes and have yet to be signed into law by Democratic Gov. Tom Wolf. And because this is Pennsylvania, where the capacity for things to go terribly wrong is bottomless, there’s no reason to take a victory lap until the bills are safely on Wolf’s desk.

But the fact that they’ve gotten even this far is extraordinary. That’s down to a couple of factors. And we’ll explore them below.

First up, and make no mistake: Black lawmakers in the House and Senate took the lead, and made this happen.

Two weeks ago, Black lawmakers in the House staged an extraordinary, 90-minute takeover of the chamber, demanding action on reform bills that had been mired in committee for months. The pain and frustration over years of inaction was palpable as lawmakers took to the podium and offered speech after heart-rending speech.

And then something unexpected happened.

In one of his final acts before retiring, ex-House Speaker Mike Turzai, R-Allegheny, pulled legislative leaders together, and asked them to find common ground. The bills soon cleared committee, with Wednesday’s House vote following a week later.

The action in the Senate was far less dramatic, but no less significant, with the Republican-controlled Judiciary Committee holding a marathon, two days’ worth of hearings on reform measures. The bills, which had also been languishing for months, cleared committee and headed to the floor on Wednesday.

Second, as we noted a few weeks ago, the late U.S. Rep. Elijah Cummings, D-Md., once observed that often we don’t choose the moment — the moment chooses us.

With tens of thousands of people in the streets, beyond fed up with years of unanswered calls for justice — for Breonna Taylor, for Ahmaud Arbery, for George Floyd, for Rayshard Brooks, and for so many who had come before — the moment was surely upon us.

And Republican lawmakers, who ignored similar cries for justice after Antwon Rose was shot to death by a cop in East Pittsburgh two years ago, found themselves confronted by a multiracial, multigenerational, gender-spanning coalition. This time, they got the message.

“Issues that challenge our time are best addressed when every voice involved has a seat at the table,” new House Speaker Bryan Cutler, R-Lancaster, said in a statement. “These bills are a reflection of that process. Hearing from law enforcement, community leaders and residents of our communities, this package takes strides to make our communities safer and promotes trust in the officers we rely on.” 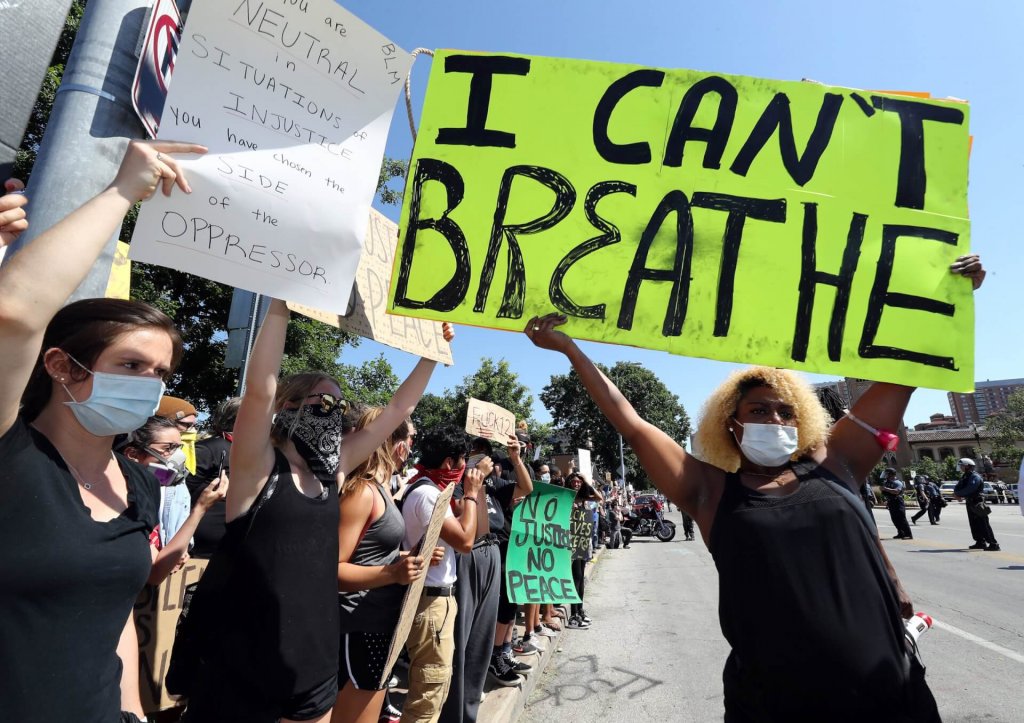 Of course, it wasn’t news to Black lawmakers.

State Rep. Malcolm Kenyatta, D-Philadelphia, who was one of the Black lawmakers who orchestrated that takeover, offered qualified praise for the vote.

“The passage of these bills in the House is the first to reforming a system that we know is broken. Every Black and Brown person in this chamber and across our commonwealth is all too familiar with that gut-wrenching feeling when those red and blue lights pull you over,” Kenyatta said in a statement on Wednesday evening. “That feeling is from the uncertainty of not knowing if that encounter will end safely. I am proud to see this chamber unanimously heed the calls of our citizens who are calling upon us to take action in ensuring lives are protected and law enforcement is held accountable.”

And from Sen. Sharif Street, D-Philadelphia, who sponsored the Senate chokehold ban:

“The murder of George Floyd was a flashpoint that has forced us to reimagine public safety,” Street said in a statement. “People from all walks of life converged on cities across America to declare simply ‘Black Lives Matter.’ Prohibiting chokeholds and mandating development of established Use of Force policies for every Law Enforcement Agency in our commonwealth are essential reforms long overdue. I’m proud to join my colleagues from across the aisle to ensure our communities’ expressions of frustration, pain and protest do not ring hollow.”

If there is one thing that this moment has made clear, there’s no going back to where we were before. And there’s no rest from the work that lies ahead of us. Too many systems, too many institutions across our commonwealth, and across our nation, still suffer from the ill of systemic racism.

“So I look forward to this being the first of many steps,” she added.

That’s where any journey begins. With that first step. Lawmakers cannot stray from the path.

Our Stuff.
Stephen Caruso has full coverage of the police reform votes in the House and Senate on Wednesday.

Elizabeth Hardison has what you need to know about a Senate committee vote on a landmark overhaul of Pennsylvania’s probation system, and why reformers are no longer supporting it.

Cassie Miller was in Hershey where Gov. Tom Wolf and state Health Secretary Dr. Rachel Levine talked about the state’s plans to fight the next wave of COVID-19.

Intern Jordan Wolman talked to business leaders and immigration reformers about the Trump White House’s executive order limiting guest workers and why Pennsylvania is going to take it on the chin.

In Pittsburgh, advocates and parents are pushing to get cops out of city school buildings and have them replaced by clinicians and social workers, our partners at the Pittsburgh Current report.

A Philadelphia City Council also advanced a chokehold ban, but it could be weeks before the bill sees a vote, our partners at the Philadelphia Tribune report.

On our Commentary Page this morning: If state lawmakers really want to thank essential workers, they could start with a minimum wage increase and follow that up by abolishing the tipped wage, opinion regular Aryanna Hunter writes. Monuments are intended to honor our highest ideals. Confederate monuments don’t do that, and that’s why they have to go, former Gettysburg Times columnist John Messeder writes.

Elsewhere.
After continual violence, Philadelphia officials will remove a Columbus statue from Marconi Plaza in the city, the Inquirer reports.
The Tribune-Review tells the stories of western Pennsylvania protesters.
PennLive asks: What should Gettysburg do with its Confederate statues as monuments come down nationwide.
Lehigh County Controller Mark Pinsley and District Attorney Jim Martin have found themselves at odds in the debate over criminal justice reform, the Morning Call reports.

WHYY-FM goes to the experts over Philadelphia’s proposed police reforms.
A Luzerne County woman talks to the Citizens-Voice about her husband’s death from COVID-19.
The Herald-Standard considers whether college sports cancellations are now inevitable.
Pennsylvania is a presidential toss-up in the latest ratings from the Cook Political Report (via PoliticsPA).
Black homeowners pay more than a fair share of local property taxes, Stateline.org reports.
U.S. Senate Republicans are prepping a counterargument over renaming Confederate military bases — this should be fascinating. Roll Call has the story.
The Appeal looks at the state of the outbreak in America’s jails and prisons.

You Say It’s Your Birthday Dept.
Best wishes go out this morning to the man, the myth, the legend: John Baer, of PennLive, who will celebrate today by drinking the blood of his enemies. Enjoy the day, Sensei.

Heavy Rotation.
We’ve become a huge fan over these last months of Haitian-Canadian producer/artist Kaytranada. So here’s a whole artist playlist from Spotify to power you through the morning.

Thursday’s Gratuitous Baseball Link.
Baseball’s new rules include ‘no spitting, no arguing and lots and lots of testing,‘ the New York Times reports. Players report to camp on July 1.

The Leg did the right thing on police reform. The work is just starting | Thursday Morning Coffee