As spring rounds the corner, and nature seems to come alive again, we’re reminded of the abundant life that exists around us.

Millions of plants and creatures, and cells and molecules, are growing, changing, and living right outside our door, right under our feet. It can be easy to forget about all of these species we share our planet with when we are consumed with the nonstop hustle of our everyday lives.

But, we are in unprecedented times – as I’m sure we’re all very aware. The coronavirus has brought many of our lives as we know it to a screeching halt. This is concerning and upsetting for many, and rightfully so —  but we could also look at this pause as an encouragement to be ever mindful of the natural world around us – and our inextricable link to it.

The very thing that is ravaging modern life came to us from the natural world. Viruses extremely similar to COVID-19 have been seen, as CNN reported recently,  in Chinese horseshoe bats.

They are one species of hundreds that can be found at Chinese markets, in this instance, “wet markets” in Wuhan, China. Here, exotic and wild animals are kept in captivity and sold either as pets or as delicacies to be eaten.

As NPR reports, “Researchers believe the new virus probably mutated from a coronavirus common in animals and jumped over to humans in the Wuhan bazaar.”

Scientists can’t definitively say this is where the virus originated without isolating a live virus in the species suspected of carrying it, CNN further reported. But it is their best educated guess.

And this isn’t the first new virus we have seen sweep the world in pandemic fashion that is suspected to have originally been transmitted from an animal.

According to the World Health Organization, the 2014-2016 Ebola outbreak that carried with it a 50 percent mortality rate, claiming more than 10,000 lives, is thought to have originated in fruit bats.

SARS, an influenza-like virus that reached pandemic status in 2003, is considered another animal virus originating in bats and/or palm civets, with its first human infection reported in southern China, according to the WHO.

But let us keep in mind, this is not something we can now blame on bats.This is on us.

These viruses may have been transmitted from animal host to human carrier by eating said animal, but there are other, less obvious ways this could have happened.

When animals are stressed, whether from the constant dangers of hunting, habitat degradation, or the captive conditions in which they find themselves in these markets, their immune systems are weakened.

Couple that with the proximity of humans and many different species of wild and domesticated animals in very confined spaces, and the perfect environment for viruses from different species to mingle has been created.

This novel coronavirus may have come from someone eating a bat, but another future virus like it, or others in the past, could be a product of our constant need to encroach on wild lives with human activity.

Though you might feel like you aren’t personally responsible for the deforestation or offshore drilling that’s disturbing and ravaging habitats, you may be supporting the illegal wildlife trade in ways you never knew.

Many wildlife attractions, even where animals seem to be happy, are just another stop in the never-ending cycle of killing, kidnapping, transporting, and breeding wild animals to be used for vacation photo-ops or trick shows and circuses.

Humans aren’t meant to be in such close proximity to wildlife for the welfare of the animals, but now we know it’s in our best interests as well. That selfie with a baby chimpanzee, or even that chance to ride on the back of an elephant not only harms the animal, but it threatens our health and safety, too.

Keeping in mind that grim reality, it is important to also acknowledge and admire the environmental improvements we are seeing all over the world.

Smog is vanishing exposing mountain ranges rarely seen in Asia, canals are clearing welcoming eager fish back to Venice, and carbon emissions and nitrogen dioxide levels in the air of China and Italy are dropping precipitously.

A study comparing air quality this time last year to current findings in San Francisco, New York City and Seattle is seeing similar trends. In New York City, there has been a 28 percent drop from this time last year in the average concentration of tiny particles in the air that can be dangerous when breathed into the lungs. Seattle has seen a 32 percent drop. And San Francisco, currently under a shelter in place order, saw numbers almost 40 percent lower.

I’m sure many of us have seen the photo making the social media rounds of a dolphin swimming in the now clean and clear waters of Venice’s canals.

As National Geographic reports, the photo was actually taken in a harbor at the island of Sardinia.

This is, of course, a great lesson in the importance of fact-checking, but regardless of location, there is a happy dolphin swimming somewhere in the Mediterranean Sea, free of the proven stress caused by cruise ships and human noise pollution.

And that is a good thing.

This pandemic has caused us all to pause, giving our planet a chance to finally breathe. And the planet is responding positively.

According to the Los Angeles Times, scientists say we can be sure that these drops in pollution levels will bounce right back to regular, if not higher, numbers after industries are able to resume regular function.

As much as we see encouragement to care for our neighbors, and think about the impact our actions may have on others in this time, I equally encourage us all to be ever-conscious of the impact our actions, great or small, have on the natural world around us – during this pandemic and far after, when it is a distant memory.

It is as environmentalist and writer John Muir once said, “When one tugs at a single thing in nature, he finds it attached to the rest of the world.”

Becky Kimmel, a native of Dillsburg, Pa., is a graduate of Messiah College, with degrees in journalism and politics. She currently works for the Jane Goodall Institute in Washington, DC. 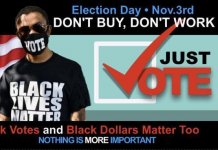 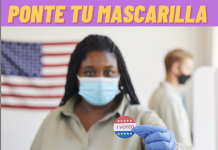 The COVID-19 pandemic is a reminder that we’re a part of nature, not above it | Opinion