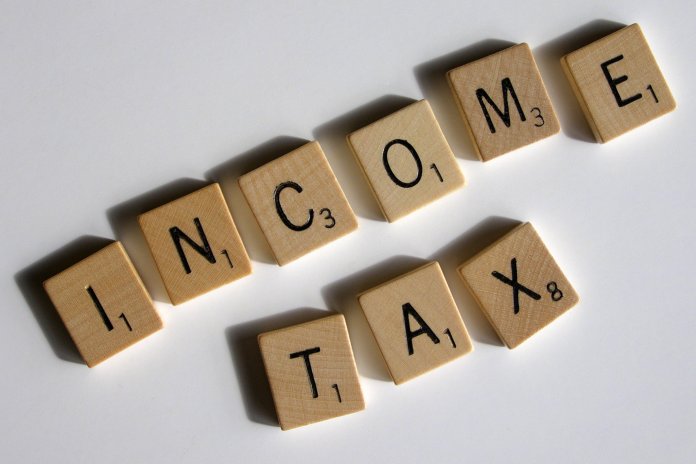 Today is Monday, April 15, 2019: The absolute, drop-dead deadline to render unto Caesar what is Caesar’s and then cross your fingers and hope you find an enormous refund in your bank account. Unless, of course, you’ve already filed, already received your refund, and are, at this very moment, reading this email from the comfort of some tropical beach.

In which case, congratulations, we hope you get malaria.

But in addition to this being tax season, we’re also in the middle of campaign season. And, if you’re politically inclined, you may have some (or plenty) of thoughts about the best way to fix the existing tax system — and even more thoughts about making sure the wealthy pay their fair share.

Fortunately, so do the candidates who are running for office. Via our friends at The Conversation, here’s a quick rundown on where they stand. The analysis below was conducted by Beverly Moran, a law and sociology professor at Vanderbilt University.

First, a bit of background:

Americans enjoyed substantial economic growth and broadly shared prosperity from the end of World War II into the 1970s. But in the 1980s, President Ronald Reagan dramatically slashed taxes on the wealthy twice, cutting the top rate on wages from 70 percent to 28 percent.

Studies have shown that the drop in tax rates, combined with other “trickle down” policies such as deregulation, led to steadily rising income and wealth inequality.

The top 1 percent controlled 39 percent of all wealth in 2016, up from less than 30 percent in 1989. At the same time, the bottom 90 percent held less than a quarter of our nation’s wealth, compared with more than a third in 1989.

Currently, the federal government taxes all income above $500,000 at 37 percent with an additional 3.8 percent investment tax on incomes over $250,000.

There are two problems with a tax that goes after income instead of wealth.

First, people who earn very high incomes usually control when they receive their income and how much they receive. The reason is straightforward: They own the companies that pay them. This control allows the rich to nimbly take advantage of whatever brings a lower tax.

When rates on ordinary income go up, the wealthy can defer that income until the rates go back down. Or, they can turn salary into a capital gain and watch the value of their stock rise instead of harvesting profits. Or, they can take advantage of retirement savings. Even death is a tax avoidance device for the wealthy.

That is why the richest Americans are effectively paying lower tax rates than the middle class.

That brings us to the wealth tax.

U.S. Sen. Elizabeth Warren, D-Mass., proposes applying a 2 percent tax on assets worth $50 million to $1 billion and 3 percent on everything above that. She claims that her wealth tax would affect 75,000 households and raise about $2.75 trillion over a decade.

Unlike an income tax, a wealth tax reaches the root of both wealth and income inequality.

There’s only one snag: There are strong arguments that a federal wealth tax is unconstitutional. Wealth taxes violate Article I, Section 2, Clause 3, of the U.S. Constitution, which forbids the federal government from laying “direct taxes” that aren’t apportioned equally among the states.

The income tax is a direct tax and constitutional because of the 16th Amendment, which specifically allows income taxes without apportionment. As for property, you may notice that only states levy real estate taxes. In almost every case, the federal government cannot tax real estate or any other form of wealth absent a transaction.

Warren cites a small group of law professors who back her claim that a wealth tax passes constitutional muster. But the argument against constitutionality is strong enough that a lawsuit before the Supreme Court is sure to follow any attempt to enact a wealth tax.

Barring a victory before a conservative Supreme Court or an arduous amendment to the Constitution, the federal government is shut out of taxing wealth.

U.S. Sen. Bernie Sanders, I-Vt., also wants to go after wealth; but unlike Sen. Warren, he wants to focus on when wealth changes hands by reforming the gift and estate tax.

Sanders wants to lower the threshold for when the estate tax applies from $11 million – which touches just 1,000 estates a year – to $3.5 million, where the threshold stood in 2009. He would also levy a new 77 percent rate on estates over $1 billion. Sanders estimates that his plan would raise $315 billion over 10 years.

Although this amounts to significantly less than his colleagues’ proposals, it is far superior because it both addresses the root of the problem – wealth disparities – and can be implemented immediately.

Moran says she “[agrees] with Sen. Warren, Sen. Sanders and Rep. Ocasio-Cortez that the United States should return to economic policies that seek to lift all boats. Although American wealth and productivity has surged in the last 40 years, most Americans have not fared nearly as well as the richest among us. Our tax system is at least partly responsible for these gaps. Changing it can be part of the solution.”

Our Stuff:
Elizabeth Hardison leads our coverage this morning, reporting that pardons applications surged after the state eliminated onerous application fees.
Hardison and Caruso take stock of the plethora of pro-victims rights proposals that are making the rounds of the House and Senate this legislative session.
Caruso takes a look at some outlier gun-control bills that are getting outsized attention.

On the Opinion side of the house, Pa’s Fab Four members of Congress look back on their first 100 days on Capitol Hill. Former U.S. Rep. Jason Altimire explains why his fellow Democrats should focus more on shoring up Obamacare and less on chasing Medicare for All. And a Pitt scholar explains how U.S. tax laws are rigged against women, LGBTQ Americans and people of color.

Elsewhere:
The Inquirer profiles a city-run nonprofit that’s been doling out millions in tax dollars without oversight.
The Daily News’ John Baer looks at the potential for angst in the Democratic primary.
Bernie Sanders barnstormed in Pittsburgh, vowing to bring people together, The Post-Gazette reports.
PennLive brings you the Pennsylvania site that is the least visited in the National Parks system.

Pennsylvania Democrats prefer a candidate who can beat Donald Trump over one who shares their ideology, a recent poll shows. The Morning Call has the story.
The Philly Democratic Committee won’t endorse Sheriff Jewell Williams — but your local ward leader might, BillyPenn reports.
The Incline profiles a Pittsburgh woman who’s walking every, single street in the Steel City.
WHYY-FM looks at state Sen. Sharif Street’s efforts to give second chances to lifers.
At a forum in the 12th Congressional District, Republican Fred Keller warned of the dangers of the Green New Deal, the PA Post reports.
Stateline.org looks at the growth of needle exchanges to curb opioid abuse in southern states.
Politico has your insiders’ guide to the Mueller Report.
Louisiana is looking for some ‘gator’ aid, Roll Call reports.

What Goes On.
The House gavels in at 1 p.m. today. The Senate is out of voting session until April 29.

WolfWatch.
Gov. Tom Wolf legs it to Hershey for a 9 a.m. appearance before the annual meeting of the Pennsylvania State Association of Township Supervisors. All the better to plug his RestorePA program. At 10 a.m., Wolf and First Lady Frances Wolf host a Spring Fertility Rite Egg-Shaped Object event (There, kept ’em out of Establishment Clause trouble) at the Guv’s Residence on Front Street at 10 a.m. (Which also leads us to ask how fast Wolf plans on getting back from Hershey …)

Heavy Rotation.
Here’s an old favorite from Toploader to get your Monday morning off to a mellow start. It’s their version of “Dancing in the Moonlight.”


Monday’s Gratuitous Hockey Link.
The Pens are teetering on the brink of elimination as the Tavares-less New York Islandersleaped out to a 3-0 nothing lead in their Eastern Conference playoff series on Sunday.