In his 2020 State of the Union address, President Donald Trump offered a series of promises: reduction of prescription drug costs, improvement of education opportunities, and a greater emphasis on combating the opioid crisis.

Just six days later, Trump’s released his 2020 budget. It paints a starkly different path: one of false promises colliding with regressive actions. A budget represents more than dollars, and as Vice President Joe Biden once said,“Don’t tell me what you value, show me your budget, and I’ll tell you what you value.”

His budget fails to provide a vision for a greener, safer, healthier, and a more financially stable America. Instead, it is a roadmap to the President’s disregard for hard working Americans, college students, seniors, the environment — and most notably, our nation’s future.

Our nation faces serious challenges: a rapidly warming planet, exponentially high health care and education costs, and a crumbling infrastructure. And yet, at this time of sustained low interest rates, top economists offer us a better path — urging us to invest in the things that grow our economy and our future, such as infrastructure and education.

Interest rates have reached a historic low, comparable to those of the 1950s and 1960s. More than 60 years later, bipartisan infrastructure bills from that era, including the Federal Aid Highway Act of 1956, continue to serve Americans all across this nation.

Yet, this president suggests a mere 2.3 percent of the GDP to infrastructure —  the lowest level in 60 years. The president’s roadmap misses a clear opportunity for a bipartisan solution that will benefit Americans for decades.

Today, we can invest in our infrastructure, and advance our future  — stimulating our economy and promoting global growth. It is time we upgrade roads, bridges, broadband access, mass transit, and many other paths for the 21st century. We must create a sustainable and innovative infrastructure network that is better for businesses, commuters, and pedestrians. Infrastructure is an essential building block of any economy and is a tool to improve the quality of life of millions of Americans.

Low interest rates offer another opportunity: to invest in education. Tragically, the Trump 2020 Budget would cut $5.6 billion from the Department of Education, and would further limit student loans programs with a $170 billion cut. As a former professor, I watched talented students struggle to claim their education because of financial barriers; access to education remains one of my top priorities.

The president’s proposed $5.6 billion cut from the U.S. Department of Education is a wrong turn. Instead, we should be providing two years of free community college, through America’s College Promise Act, to educate our future teachers, electricians, and engineers.Comparatively, this is a small investment in students that will soon serve as the backbone of a robust and evolving economy.

Now is the time we invest in the foundation of our society: infrastructure and education. The United States thrives with smarter transportation, infrastructure development, and accessible education.

Trump proposed more than $1.4 trillion in slashes to Medicaid, Social Security, and Medicare. These impetuous actions undermine the goals of this nation and threaten our future, leaving Americans more vulnerable to war, illness, poverty and addiction.

The choice is clear: we must elevate growth by investing in human capital and infrastructure — guaranteeing a smarter workforce and stronger economy. 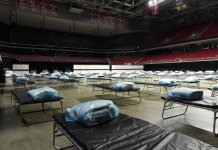 COVID-19 in Philly: Breaking down results by ZIP code tells the city’s story

With the COVID-19 surge coming, is it finally time to expand practice rights for nurse practitioners? | Tuesday Morning Coffee 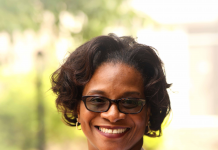 DelCo House hopeful: People have ‘asked me how dare I be a Black woman and be a Republican?’ | 2020 Women Speak Up

COVID-19 in Philly: Breaking down results by ZIP code tells the...