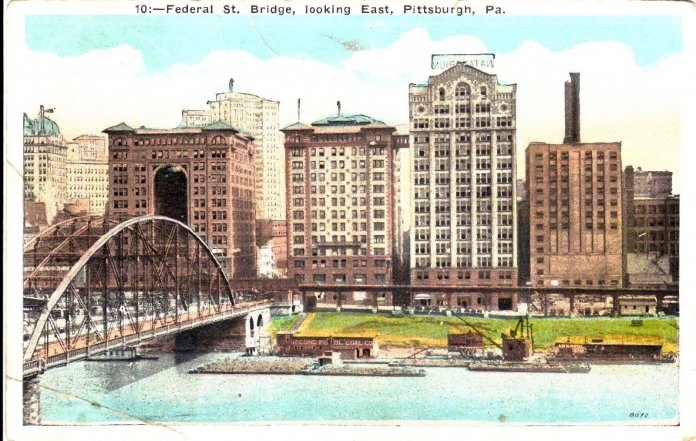 So who’s really to blame for urban gentrification nationwide? Upwardly mobile hipsters with their artisan butcher shops and craft cocktails? Empty nesters fleeing the ‘burbs for walkable neighborhoods and easy access to public recreation? Big-bucks developers looking to cash in?

Or is it some combination of all three?

In a new book, “Capital City: Gentrification and the Real Estate State,” author Samuel Steinargues that it’s none of the above.

According to Stein, “the state is ‘a central actor’ in gentrification,” Tanner Howard writes for CityLab. “Planners lure developers and landlords with land-use and tax incentives on the one hand, while enticing new residents and shoppers with amenities on the other—all of which push prices up. “A planner’s mission is to imagine a better world, but their day-to-day work involves producing a more profitable one.”

So how does that happen?

As Howard notes, “Stein argues that the combined forces of development, finance, and a global elite parking its wealth in luxury housing swamp planners’ best intentions. With most industrial activity now pushed outside of city limits and public services dependent on property taxes, real estate, he contends, has come to dominate urban planning; the technology and finance sectors are beholden to it and offer no political counterweight.”

The full CityLab piece, which includes a lengthy interview with Stein, who’s a planner and an instructor at Hunter College in New York City, is well worth your time this Monday morning. It offers a fascinating look at the forces now driving urban development and offers some prescriptions for a cure.

Our Stuff.
Stephen Caruso previews Tuesday’s special election in W.Pa’s 37th Senate District.
For Women’s History Month, Sarah Anne Hughes chatted with First Lady Frances Wolf about some game-changing Pennsylvania women.
We sat down with Attorney General Josh Shapiro for a long talk about, well, everything.
Elizabeth Hardison explains why the Legislature opens its voting sessions with a prayer – and why that’s not unconstitutional.

On the Opinion side of the House, Dick Polman lays out what he says is Donald Trump’s newest big lie. And a West Virginia University political scientist wonders if there’s a way to impose Medicaid work requirements without hurting the poor.

Elsewhere.
Donald Trump has turned this suburban Philly bookstore into a battleground, Maria Panaritis writes for The Inquirer.
Longtime regional PennDOT spokesman Greg Penny is calling it a career and looking forward to the next adventure, LancasterOnline reports.
U.S. Secretary of State Mike Pompeo will give a speech at the U.S. Army War College in Carlisle today, PennLive reports.
Ex-Reading Mayor Vaughan Spencer’s assistant will be sentenced in a bribery case, The Morning Call reports.
Police are ‘not an invading army,’ in protests after the Rosfeld verdict, The Post-Gazette reports.
The Tribune-Review has some pointers for Monday’s Pirates home opener.

BillyPenn has the contents of ‘Philly’s $4 billion checkbook.’
The USDA has public comment on proposed changes to food stamps. Next up – reading it all,WHYY-FM reports.
A federal appeals court has upheld vacating some convictions for the ‘Kids for Cash’ judge, The Associated Press reports (via WITF-FM).
Four in 10 homeless people are black. Stateline.org looks at why that’s the case.
Dem primary candidates are expressing sympathy for the woman accusing ex-Veep Joe Biden of impropriety, Politico reports.
Here’s Roll Call on how districts in Indiana and Minnesota explain the 2020 race for Congress.

Here’s a very scenic #Pennsylvania Instagram of the Day:

WolfWatch.
Gov. Tom Wolf makes an 8:30 a.m. appearance at the Hilton, where he’ll pitch his RestorePA program to the Pa. Municipal League.

What Goes On (Nakedly Political Edition).
Sen. Dan Laughlin holds an 11:30 a.m. reception at PNC Park during the Pirates’ home opener.  Admission runs from a merely offensive $1,000 all the way up to a truly appalling $10,000.

You Say It’s Your Birthday Dept.
Best wishes go out this morning to PennLive social media maven, Hope Stephan, who celebrates today. Congrats and enjoy the day. Have a birthday wish? Email us at [email protected]

Heavy Rotation.
Here’s one that popped up on shuffle on Sunday afternoon. It’s ‘Let Go,’ by RAC.


Monday’s Gratuitous Hockey Link.
Carolina dropped a 3-1 decision to Pittsburgh on the road Sunday.  But we’re still in the Wild Card hunt.

So who’s really to blame for urban gentrification? It’s not who you think | Monday Morning Coffee

In second visit to Pa. in a week, Trump touts SCOTUS...