Home #PennForward Pa.’s ‘Safe2Say’ program is really something to talk about | Opinion

By Vincent Hughes and Pat Browne

In the aftermath of the horrific school shooting in Parkland, Fla., as well as other tragic violent incidents across the United States, it was vital to find an effective way to immediately stem the tide of tragedies and better protect students, teachers, and administrators.

It was clear that a new, effective hands-on approach was necessary to get ahead of and prevent potentially devastating school-related events in Pennsylvania. Recognizing that students and teachers are often the first to notice something is not right or to hear about a potential threat, we determined a safe and secure outlet was needed for students, parents and others to report school safety threats anonymously.

With this in mind and out of the desire to better protect students in school, the Pennsylvania’s Safe2Say Something program was born.

We decided that while other strategies may be useful to prevent school violence — enhanced physical barriers in schools, cameras, better training, mental health counselors, etc. — simply providing a secure access point to report potential threats would be an immediate, cost-effective and proven technique to save lives.

Our belief in this strategy has been confirmed by the first annual report released on Aug. 1, 2019 by the Attorney General’s office. The report details that the Safe2Say Something program logged more than 23,490 reports. While there is no way to know if all of these reported threats would have ever resulted in even one incident, it is clear that there were no events stemming from the threats reported.

Included in the report were national statistics that noted more than one million students had reported being harassed, threatened, or bullied; that 80 percent of school shooters admitted their plans ahead of time to at least one person; and that 70 percent of people completing suicide told someone of their plans or provided warning signs ahead of time.

These statistics are supported by the findings of a recent report of the United States Secret Service, National Threat Assessment Center. The Center’s study of mass attacks in 2018 indicated that 78 percent of attackers exhibited behaviors of concern to others. The concerns others felt were so pronounced that 70 percent feared for their, the individual’s or other’s safety.

Given these findings, the ability to confidentially reach a professional who can act on a potential threat is imperative. The response of dedicated employees within the state Attorney General’s office — working in concert with the Sandy Hook Promise — is the linchpin to a highly effective system.

The Safe2Say Something process is simple, and it begins with a personal contact. Those receiving intake calls determine if the threats are life safety or non-life safety and notifies the school accordingly. The key is that action is taken and steps are initiated to stop threats from becoming life-altering events.

While our approach is not novel — Colorado has used a similar system since the Columbine tragedy — the results demonstrate that new strategies can be implemented to protect students from all types of harm. In fact, while external threats remain a priority, other safety and security issues impacting students in schools have been reported.

A Pa. state senator got the green light to start a school safety nonprofit — but can’t mention his day job

Safe2Say Something has proven to be a comprehensive touchstone for reporting varying types of potential security issues. The new report from the Attorney General details how effective the Safe2Say Something program has been for those seeking a safe place to report safety issues in schools.

The reasons for the report of threats are multi-faceted the new study found, and they outline characteristics or environments involving students that need attention. These include: bullying/cyber bullying, cutting/self-harm, suicide/suicide ideation, depression/anxiety, and drug use/distribution/possession.

Even with the program’s success thus far, we refuse to believe that Safe2Say Something has reached peak effectiveness.

The program has had great success thus far, but there is more to do to protect our students and keep them safe. The more people that know about this program, how it works, and that it is available to them to report incidents or concerns confidentially, the safer our schools and communities will be.

Pennsylvania’s Safe2Say Something program has truly proven to be something worth talking about.

‘We need to stop it before it happens:’ Bipartisan House coalition rolls out new school safety measures 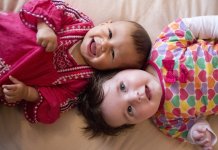