As the Pennsylvania Legislature and Gov. Tom Wolf negotiate the next state budget, they should be mindful of a recent report published by the Center on Regional Politics at Temple University, entitled “A Tale of Haves and Have-Nots.”

It has a sobering message: Pennsylvania’s method of financing education is creating a “persistent gulf” between districts with surpluses and those with shortfalls.

The study estimates that over a nine-year period, the number of districts experiencing budget shortfalls increased from 195 districts to 320 – nearly two-thirds of the 500 districts in Pennsylvania.

Our state risks becoming permanently divided between have and have-not districts.

The fiscal conditions described in the report substantiate what petitioners in an active school funding lawsuit have maintained for years: Pennsylvania’s system for funding schools is broken. As the Education Law Center ‒ one organization representing plaintiffs in the suit ‒ prepares for a likely 2020 trial, evidence of inequity and inadequacy is mounting steadily.

Have-not districts are facing ongoing and permanent deficits as expenditure growth continues to outstrip increases in state support. The consequences of these deficits are grim.

The structural deficits are largely due to rising costs in a few key areas, including expenses for charter schools, special education, and contributions to the state retirement system ‒ all now integral components of public education budgets.

What stands out about charter expenses is that they are the major cost driver that has no state funding stream dedicated to it.

Although state legislators increased funding to school districts by over $100 million a year in the past two years, districts’ charter costs were projected to rise even more. The latest state data confirms that: In 2017-18, progress toward solvency in many districts was undercut by a $168 million statewide increase in costs to districts for charter schools.

There are costs associated with running two parallel sets of schools, one district-run and one made up of charters.

Across the state, districts are also paying exorbitant sums to cyber charters that receive the same funding as brick-and-mortar charters despite a totally different cost structure.

Charter costs used to be partially offset by a line item in the state budget for charter school reimbursement – until it was removed in 2011.

Since then, local districts have been footing the entire bill, except for a slight boost when the state adopted a need-based funding formula in 2016. Charter school enrollment is now one small factor in allocating new aid dollars from the state.

But there are simply not enough new dollars.

How inadequate are the increases in state support? The Temple study found that state subsidies cover only 19% of district expenditure increases, while local tax revenues pay for 81 percent of increased costs.

Given Pennsylvania’s paltry contribution to school funding ‒ the fifth worst state in the country in its small share of total K-12 education costs ‒ local communities scramble to handle these growing expenses.

As authors of the Temple report point out, Pennsylvania’s problem of unequal school funding is a “persistent, ongoing, and systemic crisis that will continue and worsen unless structural changes are made.”

We call on Pennsylvania lawmakers to act decisively in June to prevent the further entrenchment of have and have-not districts.

Any solution should address the increased costs associated with charter schools. This begins with restoring the line item in the state budget for charter school reimbursement and reining in spending on cyber charters.

To help districts dig out of deficits, legislators must also commit to increasing state education aid – for basic education and special education – at a rate greater than the cost increases. Finally, they must focus these investments on the students and districts with the greatest needs. 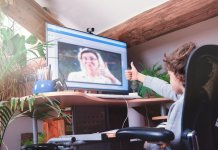 Students flocked to cyber-charter schools this year. So did district revenue and federal relief funds

Yes, the politics of a Capitol riot commission are tough. But it’s work that needs to be done | Fletcher McClellan

Pa.’s ‘have not’ school districts are falling farther behind. Lawmakers, Wolf need to close the gap | Opinion