Pennsylvania Attorney General Josh Shapiro has joined with fellow attorneys general nationwide in a sweeping anti-trust lawsuit alleging that Google manipulates its search results to give its own products and services an edge over the competition, according to published reports.

The lawsuit marks the third legal volley that regulators have filed at Google since October, according to the Washington Post, signaling “the rising unease with Google’s massive profits and expansive reach — and the growing national dissatisfaction with Silicon Valley writ large.”

Specifically, the lawsuit alleges that “Google illegally maintains its monopoly power over general search engines and related advertising markets through a series of anticompetitive exclusionary contracts and conduct. As a result, Google has deprived consumers of competition that could lead to greater choice, innovation, and better privacy protections. Furthermore, Google has exploited its market position to accumulate and leverage data to the detriment of consumers,” Shapiro’s office said in a statement.

In that statement, Shapiro accused Google of “using its market power to ensure consumers and businesses rely on it, and prevent competitors from coming to the fore. Their anticompetitive practices have built a monopoly over search—a backbone of the internet — that stifles innovation and economic growth, all while giving them unprecedented advertising profits and access to consumer information and the ability to obstruct the flow of data to their users.” 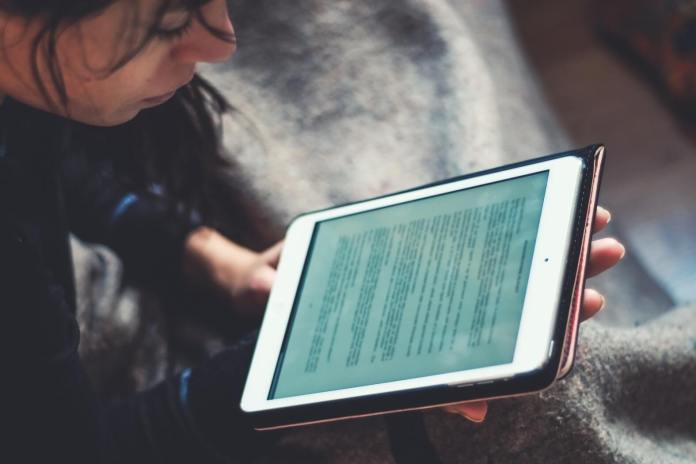 The lawsuit further alleges that Google:

In a post to its official website, Google argued that “redesigning Search would harm American consumers and businesses.” The company argued that it knows that if consumers are dissatisfied with their search results, other companies, such as Amazon, Expedia, and Tripadvisor are just a click away as an alternative.

To get “to the issues raised in [Thursday’s] lawsuit: it suggests we shouldn’t have worked to make Search better and that we should, in fact, be less useful to you,” the company’s response reads. “When you search for local products and services, we show information that helps you connect with businesses directly and helps them reach more customers. This lawsuit demands changes to the design of Google Search, requiring us to prominently feature online middlemen in place of direct connections to businesses.”

As a practical matter, however, the company maintains a nearly exclusive lock over internet search. It is so ubiquitous that the company’s own name is now a verb. People don’t search for something on the web, they “Google” it.

“For too long, regulators have not taken needed steps to protect a free, open, competitive marketplace online. Big tech companies must meet the same standards of any other business in this country and play by the rules put in place to protect consumers,” Shapiro said in a statement.

The states filed their claim in U.S. District Court in Washington D.C. They also filed a motion that would allow them to consolidate their claim with an extant one filed by the U.S. Dept. of Justice.

Our Stuff.
Capital-Star Washington Reporter Ariana Figueroa leads our coverage this morning, revealing that workers’ COVID-19 lawsuits could be quashed under a GOP push in Congress.

Speaking of Washington, U.S. Sen. Pat Toomey, R-Pa., is spearheading the push to end an emergency pandemic lending program as Congress closes in on a deal for a new COVID-19 relief package.

Could Pennsylvania switch up the format of its primary elections to allow more people to participate? Cassie Miller takes stock.

In today’s edition of Helping the Helpers, our partners at the Uniontown Herald-Standard highlight the work of Crosskeys Human Services, who have been providing meals and other services to clients since 1975.

Officials in Gettysburg have passed an LGBTQ non-discrimination ordinance, our partners at the Philadelphia Gay News report.

Officials in Philadelphia say they plan to close COVID prevention spaces for the homeless at two city hotels this month, our partners at the Philadelphia Tribune report.

Elsewhere.
In Philadelphia, healthcare workers are getting vaccinated for COVID-19 and are headed back to work where the disease continues to rage, the Inquirer reports.
Allegheny County reported a record new 55 COVID-19 deaths on Thursday, the Tribune-Review reports.
New Year’s Eve is a countdown to homelessness for thousands of Pennsylvania residents as eviction protections expire, PennLive reports.
Lehigh Valley lawmakers want financially struggling restaurants to keep the sales tax they collect, the Morning Call reports.
Wilkes-Barre City Council gave its initial approval to an amended version of Mayor George Brown’s 2021 budget on Thursday night, the Citizens-Voice reports.

A post shared by Chris Fravel | The Drone Geek (@thedronegeek)

Heavy Rotation.
We’re delving deep into the indie files this morning for a track by Seeing Stars, a side project of ex-Church guitarist Marty Willson-Piper and Andy Cousin and Mark Price, formerly of English goth rockers, All About Eve. Their only LP came out in 1997 in blink-and-you-missed-it quantities. Here’s the outstanding lead track, “Salome.” It’s a slice of heavy-duty, shoegaze-y pop for your Friday.

Friday’s Gratuitous Soccer Link.
Aston Villa dueled to a scoreless draw with Burnley on Thursday. The Vilans had a chance to move to 7th place with a victory, but instead dropped to 11th in the Premier League. Burnley remain just above the drop zone.