Today, Tuesday, April 2, is Equal Pay Day across the nation. According to Census data, the median income for a woman working full-time is 80 percent of that earned by a man, as Voice of America reports. This week, on the Numbers Racket, we’re going to take a look at what that means for Pennsylvania.

The data comes from a report put together by the American Association of University Women and another by GlassDoor.com.

80.46 percent: The earnings ratio between the median incomes of men and women working full-time in Pennsylvania, as of 2017.

24: Pennsylvania’s nationwide ranking, as of 2017, for the median income gap between men and women, both working full-time.

Now, these are the old district numbers, but here’s a breakdown, by congressional district, as of 2017: 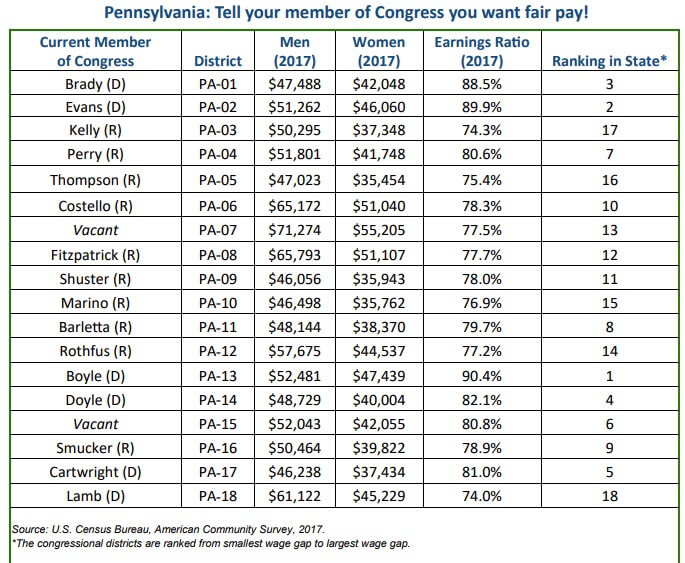 Source: American Association of University WomenSo what does the rest of the nation look like?

80.50 percent: The income ratio between the median salaries for men and women working full time, nationwide, as of 2017.

California finishes atop the AAUW rankings list. The median income for full-time working men in the Golden State, as of 2017, was $52,487, compared to $46,783 for women. That’s an income ratio of 89.13 percent, the report concluded.

From Glassdoor, here’s how the United States shapes up compared to other countries (the economics website last took a similar pulse in 2016): 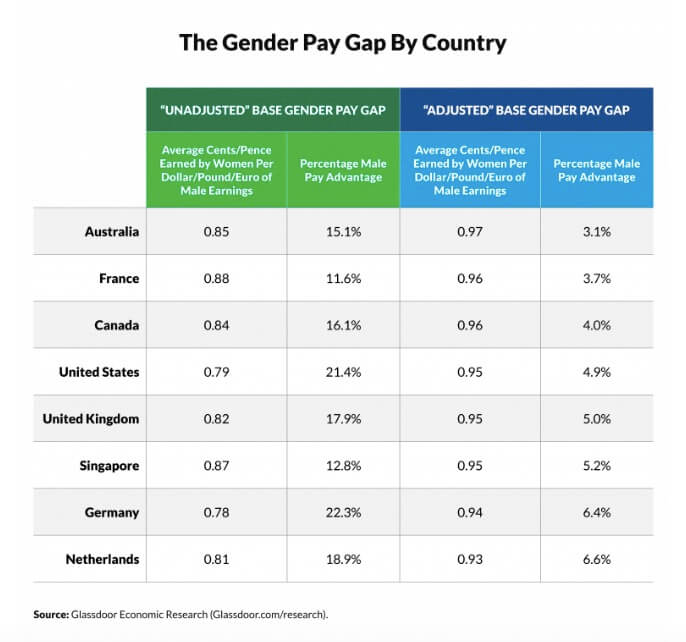 But, there are some encouraging signs, as the Glassdoor report notes:

Based on over 425,000 salaries shared by full-time U.S. employees on Glassdoor, men earn 21.4 percent higher base pay than women on average (or women earn 79 cents per dollar men earn). However, comparing workers of similar age, education and experience, shrinks the gap to 19.1 percent. Furthermore, after comparing workers with the same job title, employer and location, the gender pay gap in the U.S. falls to 4.9 percent (95.1 cents per dollar).