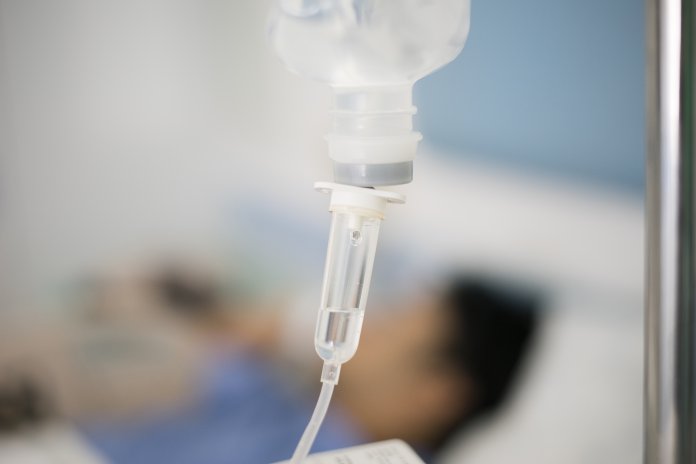 This week, more than an entire classroom of kids in this country will lose their lives and nobody will know about it. It won’t make headlines, and it won’t be reported. Why? Because these kids will die of cancer.

In any other space, losses of this magnitude would be considered an epidemic, and it would dominate conversations. But not here; not with these kids. And with September being Childhood Cancer Awareness Month, now seems like a perfect time to drive a more honest conversation about why.

Childhood cancer takes more lives each year than any other cause of death outside of accidents. The American Childhood Cancer Organization estimates that approximately 43 kids are diagnosed with cancer every day. Twenty percent of these kids won’t survive. We’re talking about the death of more than 3,000 kids a year.

If you’re noticing an agitated tone weaved through the words of this column, it’s because it’s coming from someone who knows this issue far too well.

I am a cancer-parent. In June 2016, I became one of the thousands of moms and dads who, each year, find themselves crammed in a small consultation room while a doctor informs them that their child is fighting for his or her life. For my wife and I, the cancer was leukemia and the child was our eight-year-old daughter.

While I won’t delve into every detail of our experience, it’s only fair to offer a small window into what we faced during my daughter’s 27-month battle.

On more than one occasion, I’ve watched her collapse just walking through our house; her legs too weak to hold her little body. I’ve seen her gasp for breath because her chemo-treated blood couldn’t carry enough oxygen. And even four years later, I can still vividly see her standing in front of me as she pulled a handful of hair from her head and demanded, “shave it,” as tears rolled down her face when she realized her hair loss wasn’t going to stop.

Childhood cancer is hard to watch, but it’s also far too important to ignore.

It was in the early onset of my daughter’s diagnosis that I learned just how prevalent cancer was in children. The more I learned, the more frustrated I became. Of course, the statistics speak for themselves, but what I saw was more than just numbers and data. I saw sick kids — lots of them.

Report: 37,000+ cancer diagnoses made because of Pa.’s Medicaid expansion

As a family, we spent countless days in the pediatric cancer clinic at Penn State Hershey Medical Center. They were long, grueling days, and they shed some bright light on a part of childhood most people don’t want to know exists.

Every visit to the med-center presented us with someone new who was fighting our same fight. In some ways, it was comforting to know we weren’t alone. But then we would come to the harsh realization that some of these smiling faces with their bald heads and frail bodies would soon be part of the 20 percent who don’t make it. Like it or not, this is the reality of childhood cancer.

It’s with this perspective that I find myself completely dumbfounded when I consider how rarely these kids are given the support they need and deserve.

Here we are, in the United States of America, and among the trillions of federal dollars allocated each year in Washington, D.C., childhood cancer support barely represents a blip on the radar.

In fact, of the billions of dollars spent on overall cancer care in this country, only 4 percent is directed at kids. We’re giving a mere four-pennies-on-the-dollar to fight a disease that kills more children than any other illness in this country. We cannot be OK with this.

While Pennsylvania has made some notable steps on its own to focus on childhood cancer in recent years, its history of overall support still falls woefully short.

Our state has one of the highest diagnosis rates in the country and stakes claims to some of the best pediatric cancer hospitals in the world, yet Pennsylvania’s own comprehensive cancer plan doesn’t even mention pediatric patients — not even once.

Funding absolutely must be part of the childhood cancer solution at the state and federal levels, but so must enhanced awareness. Across the board, there is a major lack of focus, and these kids’ lives are being completely neglected. Our hospitals and research centers can’t do this alone, despite the best efforts.

Parents like me aren’t expecting the world to change overnight for our kids. Trust me, one thing cancer-parents are good with is reality, because hiding from it does us no good.

But we also can’t continue to allow folks to talk about the imperative nature of the health and welfare of children without talking about the disease that is most responsible for taking so many of them from us. As a society, we need to start making childhood cancer a tier-one priority, because it’s definitely a tier-one problem.

Yes, I’m a cancer-parent. And thankfully, my child is a cancer-survivor. I want more stories like mine to be the norm, and so should you. Because there’s a good chance someone reading this will soon also know this story far too well, and their child’s life is worth far more than four percent.

Todd Brysiak is the VP of Government Affairs at Triad Strategies, a Harrisburg public affairs firm. He writes from Camp Hill, Pa.

Pa. needs to treat childhood cancers like the public health crisis that they are | Opinion