Pa. is about to drop a bundle on new voting machines. Who’s going to make sure they’re secure? | Wednesday Morning Coffee

So here’s an item that caught our eye in the wake of Gov. Tom Wolf’s recent announcement that he wanted to leverage economic development money to help counties cover the cost of buying new voting machines.

The whole purpose of decertifying roughly oh … about a zillion … voting machines statewide was to make sure that neither malicious foreign governments (Здравствуйте, русские хакеры, как вы?) nor enterprising coyotes in the Arizona desert would try to interfere in the 2020 elections like they did in those not-so-faraway days of 2016.

Which, naturally, got us to wondering: Who’s going to  make sure the state is getting safe and secure election equipment and not the representative democracy equivalent of an ACME Rocket Sled?

The answer, as we found out, is a little disconcerting.

As our friends at Stateline.org reported not too long ago, the feds don’t regulate election equipment, which means states are entirely on their own. So, y’know, awesome.

Despite the risk of election tampering, “there are no federal rules requiring vendors to meet security standards, test equipment for vulnerabilities or publicly disclose hacking attempts,” according to Stateline.

“With the 2020 presidential election approaching, security experts, lawmakers and even election vendors themselves are calling for more rigorous testing of election equipment and stricter security standards for the private companies that provide election-related services.”

Edgardo Cortés, an election security expert at the Brennan Center for Justice at New York University Law School, told Stateline that the “lack of vendor regulation in the election technology space is a big gap that needs to be addressed.”

Maurice Turner, at the nonprofit Center for Democracy and Technology told Stateline that revelations of foreign tampering in the Mueller Report is “proof that targeting vendors is no longer a theoretical route.” He added that he’s worried that election technology companies are not rising to the challenge, Stateline reported.

Stateline noted that “election security experts have criticized Elections Systems & Software (ES&S), one of the largest election technology companies in the country, for installing software on 300 jurisdictions’ systems between 2000 and 2006 that was vulnerable to hackers. (The company will not disclose which jurisdictions were impacted.)”

But the company told Stateline that the vulnerable software hasn’t been used in more than a decade.The company now “submits its equipment to the U.S. Election Assistance Commission — a federal agency that serves as a resource for election administrators and vendors — for testing and certification. It also contracts with the Idaho National Lab, to assess whether its equipment can be penetrated, and the U.S. Department of Homeland Security, to scan its public-facing website,” Stateline reported.

The company is “in a “very strong position going into 2020,” Kathy Rogers, its senior vice president of government relations, told Stateline.So what does that mean for such states as Pennsylvania, which is embarking on a voting machine buying spree?

According to Stateline, since 2017, the feds have considered election systems to be on par with nuke plants and public utilities.

And “while there are no federal mandates for election vendors, many states require vendors to follow voluntary guidelines from the U.S. Election Assistance Commission.

“States can set security requirements during contract talks for new equipment. According to a 2018 analysis by the National Conference of State Legislatures, 38 states require some element of federal testing and certification of election systems before installing them in their state. In eight states, officials do not require that sort of testing or certification,” Statelinereported.

But wouldn’t you know it — at the federal level, Republicans have resisted tougher regulations, Stateline noted.

“In June, the Democratic-led U.S. House passed an election security bill that would, among other measures, require backup paper ballots for all federal elections and add cybersecurity safeguards for election equipment and systems. The bill also would authorize $600 million in additional funding to states to boost security,” Stateline reported.

Attorneys General in 21 states, including Pennsylvania, have urged the Republican-led U.S. Senate to take up the elections interference bill, the Capital-Star reported earlier this month. 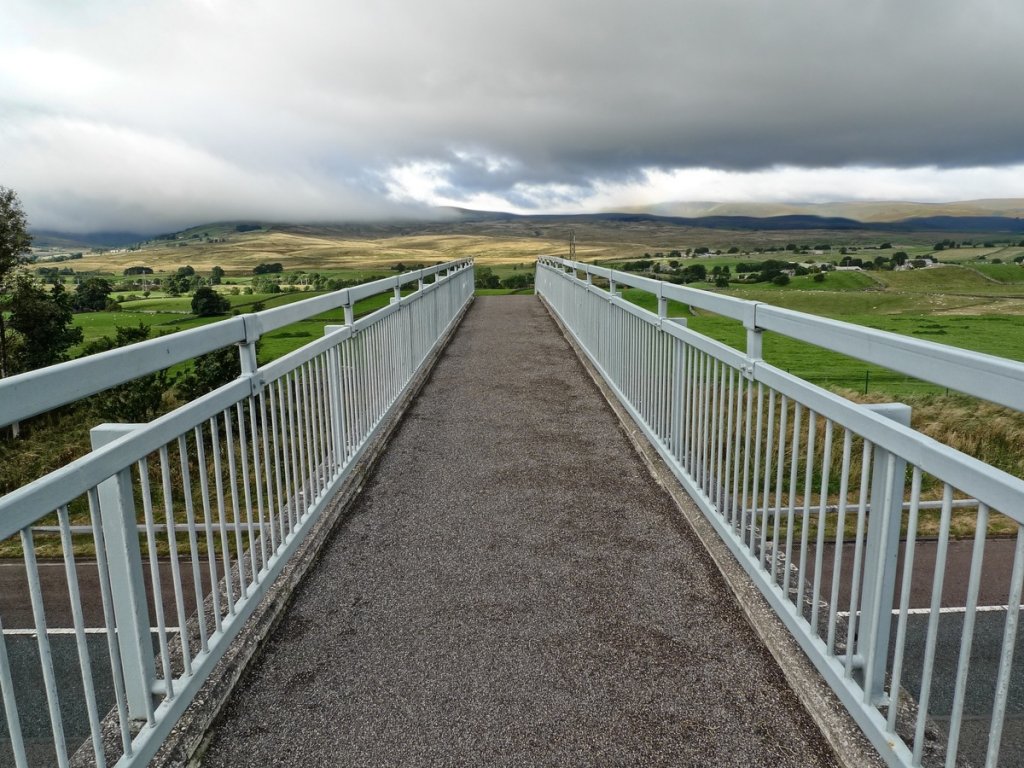 In a story you’re only going to read here, the progressive advocacy group American Bridge (sight gag above) is upping its game in several, key 2020 battleground states, including Pennsylvania.

They’re doing that with a series of digital-only articles on their media site  American Ledger, that the group says “exposes the economic impact of Donald Trump’s disastrous policies at the local level in Pennsylvania and details how the president has betrayed many of his core voters.”

In a statement, American Bridge spokesman Jeb Fain said the digital articles will highlight how “Trump’s destructive agenda is hurting hardworking families.”“Whether it’s the thousands of residents in Northampton County who can’t afford Trump’s push to gut funding from critical healthcare and retirement programs or the hundreds of workers in Luzerne County who were laid off while their CEOs reaped the rewards of Trump’s tax cut, this president is only making life harder for the people of Pennsylvania,” Fain said.

The stories include an examination of how Trump’s policies are affecting Erie County dairy farmers; how workers are getting short-changed by the administration’s tax cuts, and how the administration has failed to deliver on transportation funding for the Pa. Turnpike and other highways.

On our Commentary Page, two University of Michigan scholars confront the long-term health problems of the Great Lakes. And frequent correspondent, John A. Tures, has a bipartisan call for civility in our politics.

Citing security concerns, election advocates want to force Pa. to examine new voting machines, the Inquirer reports.
U.S. Rep. Mike Kelly, a white dude from NWPA, has actually said this out loud and in public: “I’m Anglo-Saxon. People say things all the time, I don’t get offended.” The Post-Gazette has a story that will make you snarf your corn flakes.
Officials in the Tamaqua schools are taking another at that run at a policy that would arm teachers, the Morning Call reports.
PennLive runs down the Wolf administration’s victory lap on school funding on Tuesday.

Hahnemann University Hospital in Philly wants to stop taking patients by Friday, WHYY-FM reports.
The Inquirer has slashed some 40 positions, but is still optimistic for the future, BillyPenn reports. Ugh.
WITF-FM takes a look at the challenges facing rural Pennsylvanians.
‘The Women for Trump’ campaign kicked off in the Philly ‘burbs on Tuesday,PoliticsPA reports.
Some U.S. House Democrats want to push for impeachment over Trump’s tweets, Roll Call reports.

What Goes On.
The House Democratic Policy Committee holds a 2 p.m. public hearing on wind power in … Carbondale, Pa. (Oh we totally see what you did there).

Wednesday’s Gratuitous Baseball Link.
We’re just going to assume that Baltimore is tanking on purpose. The Os got clobbered 8-1 by Washington during their Beltway Series on Tuesday.

Pa. is about to drop a bundle on new voting machines. Who’s going to make sure they’re secure? | Wednesday Morning Coffee

States, including Pa., target ballot drop boxes in fight… by Kira Lerner February 9, 2022
The state of American news in the age of the pandemic: An… by Capital-Star Guest Contributor September 29, 2022
Trump’s fake electors: Here’s the full list by Kira Lerner June 29, 2022