What’s the common denominator in each of these scenarios?

For the past three years, I have been pushing for all Pennsylvanians – rural, urban and suburban – to have access to reliable, affordable broadband access, regardless of the county in which they reside. In particular, the more rural and densely populated areas of our state have been most affected by this lack of access.

In June, the Center for Rural Pennsylvania announced the results of a year-long study on broadband in Pennsylvania. This study found there isn’t a single county in the state where at least 50 percent of the population received broadband connectivity, as defined by the Federal Communications Commission.

The research team collected more than 11 million broadband speed tests statewide and found that connectivity speeds were substantially slower in rural counties than in urban ones.

In addition, the study also noted a significant discrepancy between what internet service providers, or ISPs, are reporting regarding broadband availability, and the speed test results collected through the center’s research.

Sadly, these results didn’t surprise me, but today, I still find it enormously frustrating.

Pa’s rural broadband problem is bigger than anyone thought

Despite the passage of measures back in 1993 and 2004 to ensure all areas of our state have access to a modern broadband telecommunications network by 2015, we have failed to act.

This lack of access for unserved and underserved areas of Pennsylvania means:

One of my bills (HB305), would direct the state to take inventory of communications assets – with the goal of providing broadband access.

That bill, which is under consideration in the Senate State Government Committee, would mandate the state Department of General Services conduct a thorough inventory of all state department, agency, commission or institution-owned communication towers, poles, bridges and facilities to leverage existing assets to provide access to areas without broadband service.

Two other measures are also being considered – one would direct the Legislative Budget and Finance Committee to conduct an audit on the compliance of telecommunications carriers with high-speed broadband universal service deployment mandates.

This committee would be responsible for determining whether these carriers have fulfilled their commitments to provide broadband availability to everyone in their distribution networks as of Dec. 31, 2015, as required by Act 67 of 1993 and Act 183 of 2004. An additional measure would establish a bipartisan, bicameral commission to provide recommendations to deploy broadband services.

If Pennsylvania is going to truly hold its own in attracting businesses and investments in the commonwealth, effectively teach our students, and provide cutting-edge medicine, it is vital that we be truly connected – not just certain areas of our state, but all Pennsylvanians. 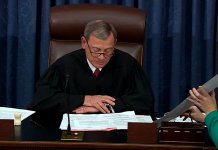 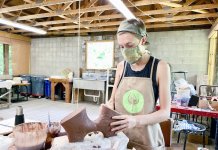