Home #PennForward Our gun violence epidemic is a uniquely American problem. But Americans have...

America is a great nation, problems and partisanship notwithstanding. Last month, a delegation of diplomats from China, as part of a U.S. cultural immersion tour, met with leaders from the the Pennsylvania Chapter of Moms Demand Action for Gun Sense in America.

There, we introduced the diplomatic delegation to our uniquely American public health and safety epidemic: gun violence.

The foreign diplomats learned that:

Red Flag Laws ( Extreme Risk Protection Orders): All too often after an act of gun violence, families will point to warning signs.  We can’t prevent every tragedy but we can give the people who are in a position to see these signs a way to intervene.  Red flag laws would allow families or law enforcement to ask a judge to temporarily suspend a person’s access to guns if there are clear signs of danger.

Restoring funding for gun violence research: Just as other epidemics receive funding, the gun violence epidemic needs research.  Congress must allow the Centers for Disease Control and Prevention to conduct research on firearm deaths and injuries by renewing funding.

Only in America do we have this unique problem of gun violence. But we Americans have never backed away from a problem and gun violence is no different. Join the nearly 6 million Moms Demand Action volunteers for common sense change to keep communities safe from gun violence at: momsdemandaction.org. Or text “Ready” to 644-33. 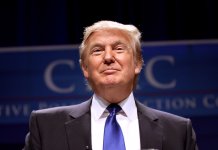