No, this is not an argument against gun control. Even if America is in the midst of a spiritual crisis, we can still keep guns out of the hands of violent lunatics, through background checks and red flag laws, and limit the mass availability of high capacity weapons.

Nor is this an argument for reliance on prayer. We should not just acknowledge the pervasiveness of human evil and call it a day.

But gun control is not enough—a culture filled with violence is going to keep producing killers.  And prayer actually does point in the needed direction. Something has gone wrong in American society at the level of spirit.

For we do not just have more mass shootings perpetrated by hate-filled individuals. We also have more anger and hatred in American life generally. You can see this when you look at Trump rallies. Sure, the President riles people up.  But his people do not need much riling. They come in angry.

And if we on the Left are candid, we have to admit that we are just as angry and hate filled. It won’t be long before average Democrats are chanting, “Lock him up.”

Mass shootings are just one visible manifestation our anger and frustration.  In other words, if you are angry about politics, you are part of the problem.

So, the question is, why are Americans so angry?

The two political parties both attribute our state to material causes. We are angry because wages have stagnated and good paying jobs are out of reach for many. The parties differ only in their accounts of why that has happened.

But a moment’s reflection will show that things are not that bad economically and have not been since around 2010. There is something to this economic explanation, but it cannot be the whole story.

Americans used to have a political faith. That faith was best expressed by Dr. Martin Luther King, Jr., when he taught that the arc of the moral universe was long, but it bends toward justice. We used to have a home in a reliable and beneficent universe in which the good would ultimately triumph. This faith was remarkably widespread historically in America among all sorts of believers and nonbelievers. It served as the foundation of our constitutional democracy.

But, then, as the philosopher Friedrich Nietzsche proclaimed, that God died. That ground of support and order disappeared.  People no longer found the notion of a father in heaven directing creation to be credible. Nietzsche did not mean people stopped going to houses of worship. He meant that people felt they could no longer depend on God. This is why religious believers today are just as angry as everybody else.

Nietzsche knew that the death of God would be a catastrophe for the West. And he said it would take a thousand years to bury God. We now know what he meant. Now we live in a universe of contingency and blind forces. Instead of relying on the triumph of good, we rely on our own efforts—what Nietzsche called, the will to power. The good will triumph only if I defeat my enemies. That is our politics today.

That is why we have mass shootings. That is also why we have the deaths of despair in the opioid epidemic. And the death of truth. And distrust of science.

All of this is our spiritual crisis.

Of course the question is, what can we do? A spiritual crisis cannot be resolved by an act of will. If the idea of God lost credibility, we cannot just go home to it again.

But there are steps we can take to try to regain spiritual health. The first such step is acknowledgment. The American Left tends to be suspicious and dismissive of religion. It will be hard for liberals to admit that at a fundamental level, religion was a force for good. It was the ground of Western civilization. Religion’s decline represents a real loss.

The next step is the search for new sources of meaning. That is not as daunting a task as it sounds. The universe has not actually changed. It is just as ordered and beneficent as ever. Humans retain their place in it. Right and wrong have not become interchangeable. And truth and the good continue to triumph.

Vladimir Putin has said that liberal values are obsolete because most people in the West have rejected them. Putin is right that we no longer have faith in constitutional government.

But he is wrong that our values are obsolete. They are as true today as they were in 1776. But the Left in particular, which has been so good at deconstruction, has work to do now of reconstruction. We have to rebuild the foundations of meaning for our culture. Only then will we really be addressing the crisis of mass shootings.  Now, would be a good time to start that effort. 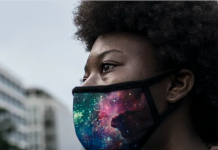 In swing states like Pa., young Blacks aren’t sold on Biden, Democrats, or voting. Why? | Opinion