By Patty Kim and Chris Rabb

It’s time to give hard-working Pennsylvanians their first pay raise in more than 10 years.

Many of the men and women in Pennsylvania we entrust with taking care of the people most important to us — our infants and small children while we work, our older family members, our loved ones with physical and cognitive disabilities — don’t earn enough to raise their own families. These working Pennsylvanians make tremendous sacrifices every day to support our families; we need to show them that we support theirs.

Our One Fair Wage proposal makes sure the working people who watch our children, clean our homes and hotel rooms, prepare and serve our food, and even care for our parents and grandparents earn a wage allowing them to support themselves and their families.

When we raise the minimum wage in Pennsylvania to $12 per hour, guarantee it’s raised annually until it reaches $15 an hour, and tie future raises to the actual cost of food, rent, and medicine, we make sure workers don’t fall behind again. We also make sure workers can afford to be customers, growing a stronger economy for everyone.

And, for the first time in our state’s history, One Fair Wage would set the tipped wage at the same level as the minimum wage. Right now the tipped wage is –- and we’re serious — $2.83 per hour.

The tipped wage has created a system of unfair pay that hurts women and people of color most of all. It’s a system that has roots in America’s legacy of gender and racial discrimination, and promotes the objectification of many Pennsylvania workers — such as servers, bussers, hosts, and bartenders — and devalues the difficult work they do.

Pennsylvanians working in these jobs experience sexual harassment at a rate that is five times higher than the national average and endure inappropriate comments, gestures, and touching just to be able to afford to live.

One Fair Wage would also give cities and counties the power to set wage laws without fear that special interests in Harrisburg would take away local control.

One Fair Wage would protect against wage theft by allowing the Department of Labor & Industry to recover wages and penalties for all violations, not just when a worker files a complaint. It would also update penalties for violations, which in some cases have not been adjusted since the 1960s, and bring enforcement into line with federal law by allowing workers to receive damages in addition to unpaid wages.

Finally, One Fair Wage would save taxpayers millions because people being paid a fair day’s pay for a hard day’s work wouldn’t need financial or food aid. The money we save would be used to support quality childcare options for more working families and to help home-based and community-based care providers improve pay for their workers.

One Fair Wage would help right many of the wrongs of the past and address the inequalities of the present, while demonstrating that we value the hard work all Pennsylvania women and men do for us and in support of their families. 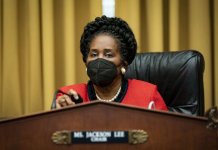