You kind of have to feel for state Treasurer Joe Torsella.  He may not be the most glamorous or high-profile of the three, statewide elected row officers. But that doesn’t mean he’s not carrying a heavy load.

As Pennsylvania’s elected CPA (let’s not mince words here) he’s responsible for managing billions of dollars in investments for the Commonwealth. His office oversees the savings program that’s probably going to help get your kid through college. He’s probably sitting on your Grandpa Morty’s misplaced War Bonds. And he’s picked a fight with maybe the most powerful adolescent on the planet.

So while The Other Two run around the state holding press conference after press conference, Torsella quietly putters along, racking up some serious achievements, with more than one eye on the 2022 bid for higher office he admirably refuses to talk about, but won’t say “No” to either.

He sat down with us not too long ago to explain his gig and how he’s absolutely, positively, not thinking about higher office.

The interview below has been lightly edited for clarity and content.

Q: So you’ve been keeping busy with a couple of fights. One is with Facebook. The other is with Wall Street. What’s going on there?

(Editor’s Note: As Pittsburgh City Paper reports, Torsella has called on Facebook CEO Mark Zuckerberg to step down as its Board chairman, arguing that the CEO and board chair positions should be separate because there needs to be a stronger system of checks and balances at the social media giant.)

On that Wall Street fight:

Torsella: “Treasury has also been named the lead plaintiff against 15 of the largest banks in the world.

“The long and short of it, we believe — and I always need to be careful — is that the evidence will show that they manipulated the price of government and agency bonds, like Fannie Mae and Freddie Mac, … in a way that’s hugely significant to Pennsylvania, because that was money out of every taxpayer’s pocket … Over the period in question, Treasury, on behalf of the Commonwealth, invested in — bought and sold — $63 billion worth of these [instruments].

“We think the economic evidence shows that these banks colluded to set the price of these bonds on both ends … meaning that the taxpayers got cheated in that, we paid more and got less, for these bonds than we deserved. I am optimistic that we’re going to recover, recover money for Pennsylvanians and, by the way, for every other investor around the country who we think was similarly disadvantaged and cheated.” 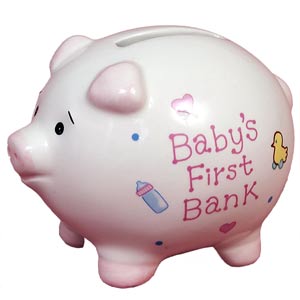 Q: Your office already runs the 529 college savings plan. But you also have a program called ‘Keystone Scholars.’ Can you talk a bit about that?

Torsella: “I kind of came to the office with the idea of starting some things for Pennsylvania. And one of the incredible programs that we’re doing is Keystone [Scholars].

“There’s research out there now that shows that kids who have a savings account when they are at or near birth, or even if the amount is modest, are up to seven times more likely to go to and graduate something right? So how does having a tiny bit of money help that along? And I thought back to my own childhood [and getting college savings bonds]. And, like you, I’m sure I thought it was the world’s worst gift when I was 10 years old.

“And, in retrospect, it was great gift. It was a message about their expectations for me, the expectations I should have for myself. So, now, every kid born, or adopted, in the Commonwealth, gets a starter $100 529 deposit, which will grow over time. But, also, we hope it’s sending a message to every kid in every corner of Pennsylvania.

“We funded the pilot by raising a couple million dollars from philanthropic givers. The ongoing program is funded with surplus investment earnings, as well as an ongoing philanthropic effort. The main thing is how we don’t fund it:  We do not fund any of it from the general fund [budget].

” … And we’re going to build on I hope, it is sort of like a platform not a destination. There’s more we can do to kind of layer on top of that.” 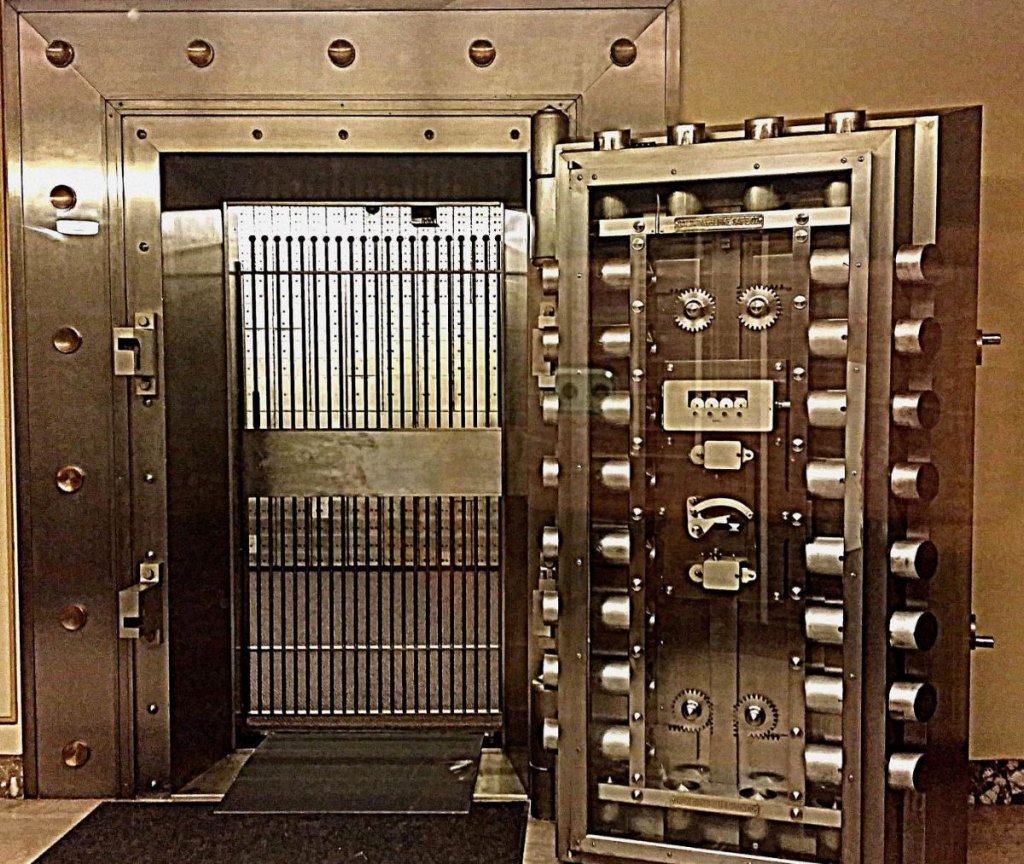 Q: So one of the biggest programs your office runs is the Unclaimed Property program. Did you realize, when you were sworn in, what a big thing it was?

Torsella: “So we gave back a historic amount of property. I can get you the exact figure, but we hit an all-time record. In fact, we’ll continue to keep hitting all-time records [*Updated: Torsella’s office said Monday the tally was $254 million in calendar year 2017].

“But I will tell you that, when I came in, I thought of unclaimed property as … this kind of odd, little interesting program, right, where you get to give people back their money. I now see it differently … I see it as one of the things we do to help financially empower Pennsylvanians.

“One in 10 people has unclaimed property. The average, which is not the same as median, so it’s a little misleading, but average is $2,000. The number of times we’ve gotten property back into people’s hands, and when it’s made a meaningful difference in their lives, are too numerous to count. So what seemed to me as a kind of quaint administrative program now seems like a really fundamental consumer protection program, because that’s sort of what it is.”

“I think the coolest part of the unclaimed  property program, is what we’ve done with military medals, which are among the physical things down there [in the Treasury Department’s vault].

“We’ve started a website … and we’ve made it, like, a crowdsourced thing.  We discovered we had hundreds of unclaimed military medals, which is physical property that’s never sold, or never bought. And we weren’t doing a good enough job of getting them back in people’s hands. Right? The staff got pretty excited about this and started doing detective work with their nights and weekends. And we’re now up to
200 [returned medals]. I’ve personally given back [medals] to living World War II veterans, some Purple Hearts and Bronze Stars.” 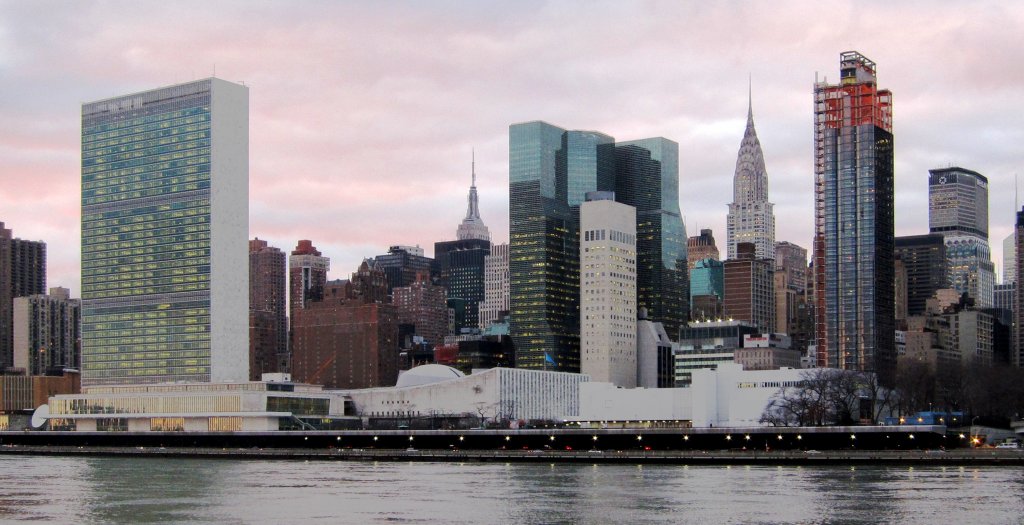 Q: So you’ve worked at the United Nations. You’ve been a deputy mayor [of Philadelphia]. You’ve been at the National Constitution Center. Where do you see this job fitting into the arc of your life in public service?

Torsella: “I’m going to give you like multiple choice, I’ll give you levels of answers. And you can decide what makes us okay, at the simplest level, I really like doing things. I don’t like talking about things. I like effecting change.

“And I think I’ve made choices in my career, some of which have been surprising to people, because I gravitate to where I think I can get things done. We have 350 great men and women who work here. Given the fact that three of my five elected predecessors — not appointed — found themselves facing, you know, federal charges.

“And given the corruption that sort of hovered around too much of Harrisburg. I think what we’ve done here is also of a piece with that, and and I like that, right?

“Third, the fiscal part of this job has always appealed to me, because I’m someone who comes at this from believing in government, not the reverse. I think you do have to care more, not less, about how it does what it does.  And truly, to my bones, waste and abuse and being taken advantage of really makes me mad.

“I’m sort of a cheapskate from way back. And it’s been a theme for how, you know, kind of how I’ve approached all these jobs — at the UN as Deputy Mayor, even at the Constitution Center — started, for me as a kind of a fiscal turnaround story.

“So I think the reason that, I mean, the fee stuff just makes me mad, because it looks to me like money is going from Pennsylvanians’ pockets to Wall Street’s pockets.”

Torsella: “So look, I love this job. I think it’s the best job in the state. I’m enormously proud of what I’ve done. I don’t know what the future holds. So I like to think I’m, you know, good at this and, and hopefully have a future and public service. But we’ll see where we go, we’ll see what happens. I don’t try hard to look around corners. I’ve tried hard while I’ve been here to keep my eye on this ball.”

Our Stuff.
Our Washington reporter, Allison Stevens, takes a look at state-level efforts on redistricting reform in the wake of the recent U.S. Supreme Court decision.

Stephen Caruso has what you need to know about last week’s gubernatorial veto of legislation tying funding for new voting machines to language eliminating straight-ticket voting.

On our Commentary Page, U.S. Rep. Madeleine Dean, D-4th District, talks about federal efforts to preserve abortion rights. And in keeping with the lazy summer vibe, here’s our tribute to the fine art of doing nothing — and how much you really do when you’re doing it.

Elsewhere.
Borders and customs jobs are open in Philly. But applicants face an ethical challenge, the Inquirer reports.
Most Pa. state workers will see their pay rise by 16 percent over the next four years under a new contract, PennLive reports.
New taxes  and new laws helped contribute to Pennsylvania’s budget surplus, the Post-Gazette reports.
Pennsylvania only has itself to blame for low participation in the REAL IDprogram, the Tribune-Review editorializes.
In the wake of a gubernatorial veto, state Sen. Lisa Boscola, D-Northampton, tells the Morning Call that Pennsylvania needs to ‘shake up’ its election laws.

More than 9,000 acres of farmland in Delaware County have been saved from development, WHYY-FM reports.
The PA Post looks at how York County, a half-century on, is trying to remember — and move on from — the legacy of its race riots.
The federal government is cutting back on foster group homes, and one state, North Carolina, says that’s a bad idea, Stateline.org reports.
PoliticsPA has last week’s winners and losers in state politics.
The inevitable shrinking of the Democratic primary field is about to begin, Politico reports.
Roll Call has the latest on the Trump administration’s fight to get a citizenship question on the Census.

Heavy Rotation.
Here’s a perfect summer throwback to get your week going. It’s the Fresh Prince and DJ Jazzy Jeff with  … ‘Summertime.’