State lawmakers and the Democratic Wolf administration may have set a land speed record late last month when they signed off on a $35.5 billion caretaker spending plan that will get Pennsylvania through the balance of this weird and tragic year.

Included within the spending plan is $16 million in assistance, through the Pennsylvania Farm Bill, that will underwrite grants, tax credits and other programs for farmers across the commonwealth, the state Agriculture Department said in a statement on Monday.

“We began this journey with the Pennsylvania Farm Bill two years ago, when [Gov. Tom] Wolf laid out his vision to strengthen Pennsylvania’s agriculture industry and secure a prosperous future,” Agriculture Secretary Russell Redding said in a statement. “And while no one could predict the toils of 2020, the governor’s 2019 multi-million dollar investment to support the industry that sustains life for us all put infrastructure in place that made 2020 a little less painful for some, and put others in a position to pivot and meet radically altered demand.

Below, a look at some of the programs that will be funded through the bill.

According to the Wolf administration, the $16 million appropriation will be divided up like this:

Senate Agriculture Committee Chairman Elder Vogel, R-Beaver, also threw the administration a shout-out for the $7.6 million in CARES Act-funded assistance the state delivered to Pennsylvania’s dairy farmers who have been struggling under the weight of the pandemic.

“During this difficult time, there is an even greater appreciation for the role dairy farmers play in our economy. It is [Pennsylvania’s] most essential industry and providing the necessary state funding at this time is more critical than ever,” Vogel wrote in a Nov. 24 tweet.

In a statement, Redding, the state agriculture secretary, said the commonwealth intended to use the experience of this year’s state budget to “to strengthen our programs for the industry we so clearly rely on.” 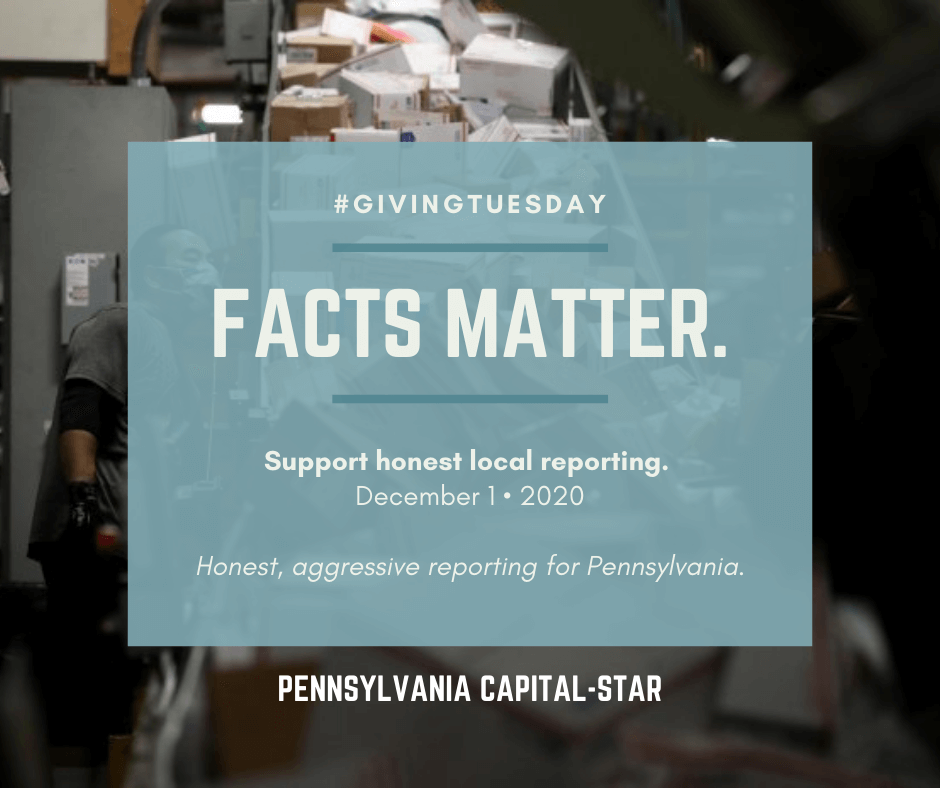 Friends,
Today is Giving Tuesday. Recognizing that there’s been a lot of pain this year because of the pandemic, we’ve deliberately stayed away from asking you to open your wallets to support our journalism at the Capital-Star.

So we’ll start instead, by thanking you.

We’ve appreciated every word of your support, every kind email and every thoughtful gesture as we’ve worked to arm you this strange and sad year with the information you need to make the decisions on the issues that affect you and your family. And that support has meant the world to us.

At the Capital-Star, we believe it’s critically important to hold the powerful to account. But we also believe that accountability means nothing without pointing the way toward the solutions that will make life better for people across the commonwealth.

From our news reporting to our Commentary Page; with our trademark explainers, thoughtful features, breaking news, and analysis you won’t get anyplace else, that’s what we try to do every day.

This diversity of voices, from every corner of Pennsylvania, is part of what makes the Capital-Star what is is: Your trusted source for news.

Just for today. we’re asking for you to support this ongoing work by making a single donation, or by making a recurring donation. Any amount, big or small, will go right back into bringing you the coverage you read every day.

And if you’d like, we’d urge you to tell a friend about the Capital-Star, ask them to read, and to consider supporting us. Our readers are our lifeline. You’re the reason we do what we do.

So thank you in advance for your support, and we hope to see all of you again very soon.

Our Stuff.
Pennsylvania broke a record for hospitalizations as COVID-19 cases continue to climb across the state, Stephen Caruso reports.

Our Helping the Helpers series, in cooperation with the Uniontown Herald-Standard, continues this morning, as we shine a spotlight on the SWPA deer hunters who are sharing their harvest to help feed the hungry.

In Sullivan County, near Wilkes-Barre, LGBTQ civil rights advocates are calling for the resignation of a local school board member who requested the removal of an LGBTQ pride exhibit, our partners at the Philadelphia Gay News report.

A Philadelphia native is examining the toll of gun violence in Pennsylvania’s largest city with a new, 5-part docuseries, our partners at the Philadelphia Tribune report.

On our Commentary Page, opinion contributor Sean Quinlan says President Donald Trump and Rudy Giuliani are chasing a white whale trying to find evidence of voter fraud. That only ends one way. And Pennsylvania doesn’t have to choose between good jobs and a clean environment, Joseph Otis Minott of the Clean Air Council writes. 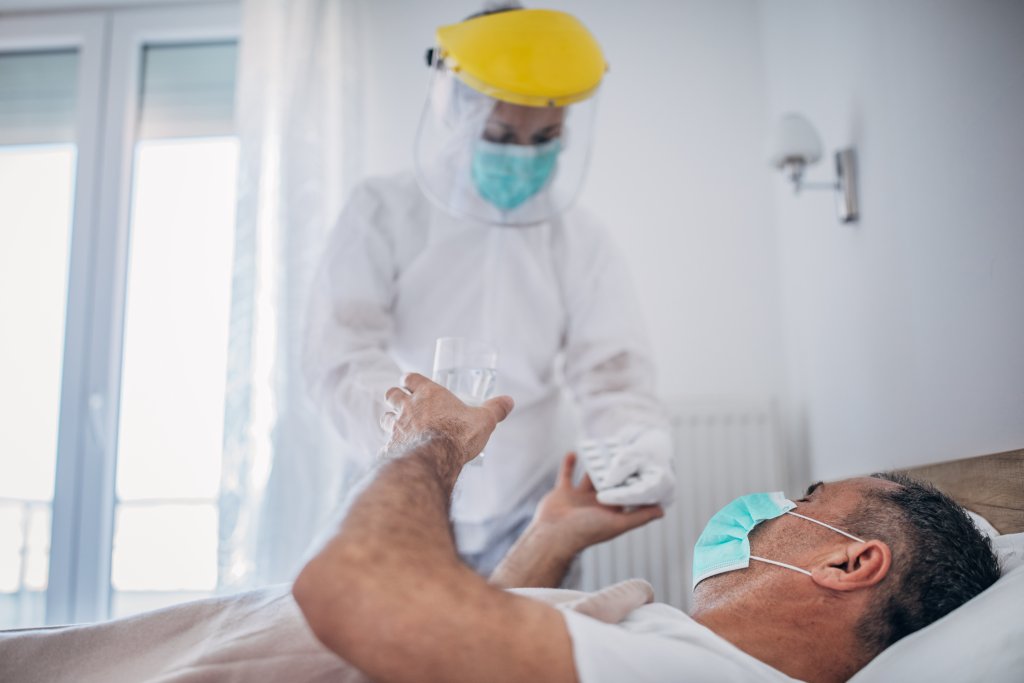 Elsewhere.
With hospitalizations rising, state officials are again asking people not to travel over the December holidays, the Inquirer reports.
A group of two-dozen conservative state House Republicans are continuing their attacks on the election results, the Tribune-Review reports.
Eighty-eight percent of the 400,000 applications filed under the Pandemic Unemployment Assistance Program were fraudulent, the state Department of Labor and Industry says, according to the Altoona Mirror.
State Sen. Judy Ward, R-Blair, who was at the GOP hearing in Gettysburg last week, has tested positive for COVID-19, PennLive reports.
The Wolf administration is looking for ways to keep PennDOT construction programs even though lawmakers failed to approve $600 million in borrowing as a part of last month’s state budget, the Morning Call reports.
A pair of nursing homes in Luzerne County have seen major COVID-19 outbreaks, the Citizens-Voice reports.

You Say It’s Your Birthday Dept.
Best wishes go out this morning to Alex Baloga, president and CEO of the Pa. Food Merchants Association, who celebrates today. Congrats and enjoy the day, sir.

Heavy Rotation.
Here’s one from Fiona Apple’s extraordinary ‘Fetch the Bolt Cutters’ from earlier this year. It’s ‘Under the Table.’

Tuesday’s Gratuitous Soccer Link.
As he recovers from a knee injury, Liverpool officials say they don’t expect to see Thiago Alcantara play again in 2020, FourFourTwo reports. The Spanish forward has not played since being tackled in last month’s Merseyside Derby against Everton.

Farm bill season arrives: What’s the outlook for 2023? by Allison Winter August 14, 2022
How Coraopolis is becoming a community hub for Pittsburgh’s… by Special To The Capital-Star August 11, 2022
Ag Sec Redding looks back on eight years of progress and… by Cassie Miller December 26, 2022