When he rode into office four years ago, Gov. Tom Wolf was pretty clear about one thing: The way Harrisburg was balancing its books wasn’t working. Simply moving pots of money around, and relying on one-time fixes to make ends meet had to change.

We’ve since come to refer to this as “The Pizza Law of Budgeting,” a hearkening back to your undergraduate days where you’d cobble together spare change, sell some of your used CDs, and maybe even donate a pint of plasma to pay the delivery guy for a large pie and a six-pack of Special Adult Beverage.

For Wolf, getting the state’s fiscal house in order meant raising Pennsylvania’s personal income tax and sales tax. After running into a brick wall of Republican resistance, Wolf jettisoned that plan by his third budget.

What a difference a couple of years can make.

During his annual budget address on Tuesday, Wolf won a standing ovation from Republicans when he said his proposed, $34.1 billion budget plan for the fiscal year that starts July 1 didn’t include even a whisper of a tax increase.

But, as The Capital-Star’s Stephen Caruso and Elizabeth Hardison report this morning, those GOP math lessons appear to have rubbed off.

To pay for $1 billion in new spending on public education, job-training and pre-K education, Wolf has proposed trimming nearly $63 million from the two departments responsible for testing drinking water, preserving state parks and forests and regulating the state’s natural gas industry among other environmental tasks.

Last year, the state provided $129 million from the general fund to the Department of Conservation and Natural Resources, while it allocated $92 million this year. The Department of Environmental Protection, meanwhile, received $132 million after getting $157 million last year.

The administration wants to move money from three independent funds — the Recycling Fund, Keystone Recreation, Parks and Conservation Fund, and the Environmental Stewardship Fund — to fill the gap.

Advocates, as you might expect, are raising red flags.

The administration, meanwhile, contends that this move to use fund money is different from House Republicans’ earlier proposal. It’s not as broad as transfers proposed by legislators in the midst of a drawn out budget clash, won’t interfere with funding new projects, and the revenue out will be replenished.

The debate here should be fascinating.

The Capital-Star’s Sarah Anne Hughes takes a closer look at the Wolf administration’s efforts to imitate a successful program at one northeastern Pennsylvania university that helps women and children climb out of poverty.

And Stephen Caruso profiles Draw the Lines, a group that’s trying to get citizens involved in the debate over gerrymandering reform,

Over on the Opinion side of the house, veteran political sages Terry Madonna and Mike Young say the latest push to legalize recreational marijuana looks awfully familiar.

Penn State politics professor Robert Speel says that, despite President Trump’s protestations to the contrary, Congress is perfectly capable of legislating and investigating at the same time – and it’s done it before.

The president of the Penn Hills school board in western Pa. has made pay-to-play allegations in response to a scathing grand jury report, The Post-Gazette reports.

BillyPenn looks at what a federal lawsuit over Philly’s safe-injection site could mean for the rest of the country. 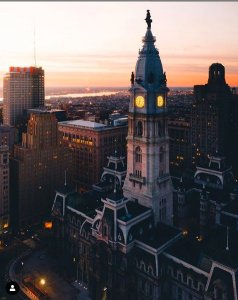 The Incline has everything you need to know about the criminal case against the Pittsburgh Water & Sewer Authority.

The Morning Call has a closer look at Gov. Tom Wolf’s second attempt to get communities without police departments to pay up for state police protection.

The Pa. Post looks at the winners and losers in Gov. Tom Wolf’s budget plan.

Stateline.org looks at the renewed push for gun-control in state legislatures across the country.

WolfWatch.
Gov. Tom Wolf stays on the road this Thursday.
At 1:15 p.m., he’s in East Lampeter Township, Lancaster County, to talk about his ‘comprehensive workforce development plan,’ at High Steel Structures on Old Philadelphia Pike. At 3 p.m., he’s at Dover Area High School in York County, to talk up his push to expand high-speed broadband across the state.

Thursday’s Gratuitous Hockey Link.
Toronto beat beat Ottawa 5-4 in the Battle of Ontario on Wednesday night. The ‘Leafs blew a two-goal lead, but managed to recover and hang on for the win.