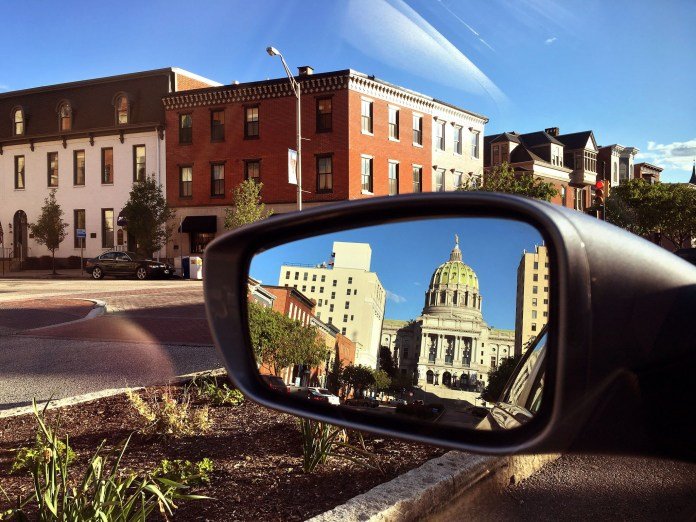 Today is Monday, June 17, 2019. Which means just 13 days remain until the Republican-controlled General Assembly and the Democratic Wolf administration run into the immovable wall that is the end of the 2018-2019 fiscal year at midnight on June 30.

Yes, we realize that, in past years, the June 30 date has sometimes been more a suggestion than a firm deadline to pass a spending plan. But judging by both the buzz around the building last week and, more importantly, the session days scheduled for the next two weeks, the end may well be in sight.

The House, which is the starting point for budget and tax bills, is currently scheduled to be in session from Monday through Thursday of this week, with a respite for the weekend. More session days are scheduled from June 24-28, which takes the chamber through the final weekday of the current fiscal year.

The Senate, meanwhile, is scheduled to be in session from Monday to Wednesday this week, with more session days scheduled from June 24-28, according to the legislative website.

So that’s the calendar. What’s hanging out there? Excellent question, Glad you asked.

More astute readers will recall that Gov. Tom Wolf has proposed a $34.1 billion spending plan for the fiscal year that begins July 1. It’s an increase from current, approved spending of $32.7 billion. As our friends at the AP note, “the increase largely would go toward early childhood education, public schools and growing costs for health care, pensions and debt.”

Last week, however, a top House Republican said a wage hike, the first since 2009, wasn’t on the table. Senate Republicans said they were still open to talks. And in Philadelphia, Wolf told us he was open to a deal.

Then there’s healthcare: As the AP reports, the administration is pushing for approval of a bill that would allow the state to take over the online Obamacare exchange. The House approved the proposal last week, where it was backed by the chamber’s Democratic and Republican floor leaders.

With a gubernatorial veto looming, there could be renewed skirmishing over a $100 million tax credit program for private and religious school scholarships.

As the Capital-Star’s Elizabeth Hardison reports, a Wolf veto, however, doesn’t mean the bill authored by House Speaker Mike Turzai, R-Allegheny, will necessarily be going away. It could be resuscitated in a different form.

As part of the state’s annual budget process, the governor signs off on dozens of code bills that authorize state statutes to take effect in the new fiscal year, Hardison reported. These bills are basically the instruction manuals for spending the money in the general fund budget bill. They can be tweaked with line-item amendments that could potentially include the cash for the tax-credit program.

Wolf, however, could turn right around and run his veto pen through those line items, setting up a potential stand-off with Turzai.

And that, folks, is when firm deadlines become suggestions.

Our Stuff.
Sarah Anne Hughes has your indispensable primer on the minimum wage debate.

Elizabeth Hardison explains how Pennsylvania’s EITC program works, how it’s funded, and who gets the money.

In case you missed it, Stephen Caruso deftly ran down a debate over eVerify for construction workers that’s dividing Big Labor and its allies in the Legislature.

On our Commentary Page, Dick Polman suggests there’s some method behind Joe Biden’s epic flip-flop on the Hyde Amendment.

Elsewhere.
The Daily News’ John Baer (kinda) feels sorry for Philly lawmakers during the budget crunch.
Pennsylvania has some room for improvement when it comes to the quality of children’s lives, PennLive reports.
The Wolf administration has been asked to investigate a possible linkbetween fracking and childhood cancers, The Post-Gazette reports.
Patients are looking for some clarity as UPMC and Highmark head a for a final divorce, The Tribune-Review reports.
A Lehigh Valley lawmaker is pushing legislation to bar charter schools from claiming that they’re ‘tuition-free,’ The Morning Call reports.

WHYY-FM explains how Philadelphia’s trash has become Chester’s air pollution.
In addition to a surplus, Pa. also has plenty of budgetary patches, the APreports (via WITF-FM).
BillyPenn has what you need to know about the debut of two, new magazines in Philadelphia.
You might want to think twice about celebrating National Naked Hiking Day on state-owned land, LancasterOnline reports.
The GOP is destined ‘for the waste bin of history,’ California Gov. Gavin Newsom has predicted, Politico reports.
Mitch McConnell’s re-elect could be the race to watch in 2020, Roll Call reports.

What Goes On.
The House and Senate both gavel in at 1 p.m. today.
9 a.m, Capitol Steps: Equal Parental Rights rally
10:30 a.m., Main Rotunda: Solar Energy jobs event (we can’t help but feel this should be flip-flopped with the location for the above event. It is, after all, outside).
1:30 p.m., Main Rotunda: The Dept. of Human Services has a minimum wage event
3 p.m., Governor’s Residence: Minimum Wage Day of Action rally (Again, location, location, location).

Monday’s Gratuitous Baseball Link.
Boston completed its sweep of Baltimore on Sunday. The Sox beat the Birds 8-6 in Camden Yards.