You have to keep your eyes wide open during budget season – things get hidden in code bills, deals get made, and bills that are supposed to do one thing all of sudden become vehicles to do something else.

This is happening right now as the Pennsylvania House and Senate take up legislation (SB621) sponsored by Sen. Mike Regan, R-Cumberland. It’s a measure focused on school security that has now become a vehicle to arm teachers.

We all want our schools to be safe places for students to learn and teachers to teach.  And for the most part, they are.

Despite what we see in the news and the growing focus on school shootings, schools are some of the safest places for our children, with only a very small percentage of homicides of school-age children occurring on school grounds, on the way to or from school or during school-sponsored events.

We also know that the way to keep our schools safe is to focus on investment in services our students need, to prevent any incidents of violence.

When Regan’s bill was first introduced, it was designed to allow school districts to hire a new category of security personnel.

Our organizations were both concerned; there are already processes by which school districts can hire armed law enforcement, and adding school security personnel has not been shown to improve student safety. We also were worried that creating this new category of “school security guards” might be a backdoor attempt to begin arming teachers and other school staff.

Could the math teacher, for example, become a “security guard” under this new bill? We were assured, however, that this was not the intent.

As the bill has made its way through the legislature, amendments have transformed it into a vehicle that can be exploited to allow the arming of teachers. Language limiting the authority of school districts to arm personnel – security or otherwise – has been stripped from the bill, as has language that defines security guards as those who do not otherwise engage in programming with students.

So, our concerns were realized – the math teacher might indeed become a “security guard” as defined in the current version of the bill.

But don’t take our word for it. One of the most rabid gun lobby groups in Pennsylvania emailed legislators this week touting the benefits of arming teachers and urging passage of Regan’s bill.

It barely mentioned security personnel at all, instead arguing: “As parents, we must stand up and tell our Representatives that we need our schools to be policed by law-abiding citizens; parents, teachers and school officials willing to conceal carry for our children’s protection.”

Make no mistake, this bill has quietly become a backdoor vehicle to do what the legislature has been unable to do openly – because of opposition from parents, students, teachers,  and school safety experts.

Regan’s proposal is misguided, dangerous, and has now become a tool to arm teachers. This won’t make our schools safer.

It will heighten the threat of gun violence for all students and staff, raising particular risks for students of color and students with disabilities. We urge our legislators and Gov. Tom Wolf to reject this legislation. 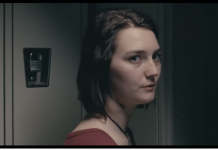