A week after voters said yes to democracy, the GOP is working to topple an election

Just a week ago, Pennsylvania voters stood up for democracy, rejecting an election-denier vying to become the state’s chief executive, and saying ‘no thanks’ to Denier-in-Chief Donald Trump’s handpicked candidate for U.S. Senate.

It was an echo of results around the country that saw election-deniers lose key races for offices in every 2020 battleground state, as the Washington Post reports, and as strong an affirmation as you were likely to get for the legitimacy of elections, and the sanctity of the ballot box.

The reaction from Pennsylvania House Republicans? Hold my beer.

On Tuesday, in the midst of a lame-duck session, and with the balance of power in the state House on the bubble, the Republican-controlled House Judiciary Committee voted to send articles of impeachment against Philadelphia District Attorney Larry Krasner to the House floor for a vote that could come as soon as today.

An unprecedented Senate vote could happen in next year’s legislative session, making this tumble through the legislative looking glass complete.

It’s hard to count the things that are wrong with this picture, but we’ll start with this one: Republicans, who allegedly cherish local control, are actively working to thwart the will of Philadelphia voters who overwhelmingly re-elected the progressive-minded Krasner in 2021.

Keep in mind, Krasner didn’t win in a squeaker, he so thoroughly trounced Republican Chuck Peruto that his opponent paid tribute, telling 6ABC in Philadelphia that “I want to congratulate him. He beat my pants off.”

The impeachment articles, brought forth by the lone Republican member of Philadelphia’s legislative delegation, Rep. Martina White, are the end product of a push by GOP lawmakers who live hours away from the state’s largest city: Reps. Josh Kail, of Beaver County, and Toren Ecker, of Adams County, as the Capital-Star’s Peter Hall reported on Tuesday.

The two are allegedly incensed by something that makes sense on its face: Rising crime and violence in the state’s largest city, and what they believe is Krasner’s refusal to adequately prosecute offenders.

But you don’t have to like or support Krasner to realize this premise is nonsense.

Blaming Krasner entirely for rising crime and gun violence in the city is the same, as the comedian Bobcat Goldthwait was wont to say, as blaming Ronald McDonald when you get a bad cheeseburger.

By the time the finished product gets to the table, too much already has gone wrong, and all you can do is clean up the mess made by those responsible for it.

House Democrats correctly point out that majority Republicans have done exactly nothing to stop the flood of illegal weapons into the city by refusing to pass an assault weapons ban, strengthen background check requirements, implement a red flag law, or ban the possession of high-capacity magazines.

Yes, full credit for the gun violence prevention money in this year’s state budget — but that’s a read guard action. But it does not address the root causes of violence, or, again, take weapons off the streets.

To extend the clean-up metaphor a bit further: Krasner’s mop-up rate isn’t too shabby. His office said in a statement that it has a 87 percent conviction rate for all homicides and 83 percent for fatal shootings.

The prosecutor’s office, which also has employed unique ways to fight crime on the front end, also noted that police make arrests in only 30 percent of fatal shootings and 20 percent in non-fatal shootings, Hall reported on Tuesday.

To coin another phrase, you can only put away the bad guys you have, not the ones you wish you had.

But the GOP’s insistence on impeaching Krasner, which is the tail-end of a failed election year strategy to scare voters into submission and to target progressive prosecutors, thuds mindlessly onward nonetheless.

And that’s despite clear evidence that progressive prosecutors such as Krasner are not responsible for homicide spikes in their jurisdictions. 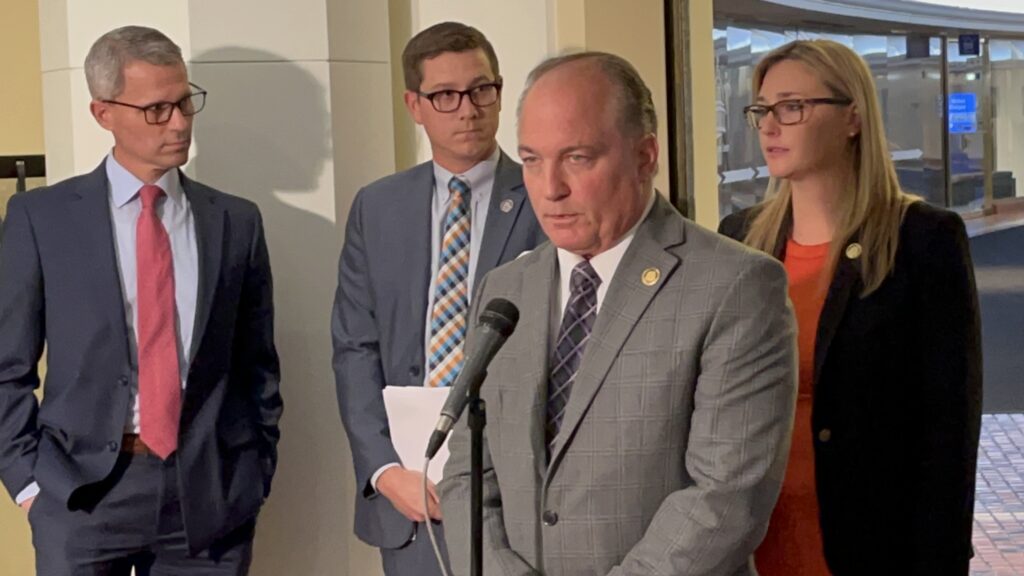 But the perhaps most offensive thing about this entire charade is that it’s happening in the lame duck session, where some of the votes to topple the results of a legitimate election and to thwart the will of the people of Philadelphia either will be cast by retiring legislators or vanquished lawmakers whose constituents decided to show them the door last week.

None of them will ever have to face the voters again or be brought to account for their actions.

As an added bonus, today’s likely vote comes with control of the House in doubt for next year’s legislative session, adding a further shoddiness to the already rushed proceedings.

” … When you consider that those leading this effort rushed to hold a vote even as the balance of power remains undecided in the state House is remarkably cynical,” Elizabeth Randol, of the Pennsylvania American Civil Liberties Union, said in a statement.

Control of the House will be determined by the outcome of a pair of legislative district races in Bucks and Montgomery counties that remained, as of Tuesday, too close to call. Vote counting will not be complete until Friday, the earliest, Hall reported.

It is difficult to imagine a scenario — outside of a star chamber — that is less democratic, and flies more in the face of the constitutional norms that Republicans swear they cherish.

Pennsylvania voters sent a clear message to Harrisburg and Washington last week on how they feel about democracy. Despite the obviously long odds, it’s still not too late for the GOP to listen.

GET THE MORNING HEADLINES DELIVERED TO YOUR INBOX