During this special, annual celebration, Palmer, the supervisor at the Kensington branch of the Free Library of Philadelphia, puts together a slate of special programming to draw patrons to the branch library at 104 W. Dauphin St. in the city.

But this year, in the midst of the COVID-19 pandemic, Palmer “felt a pang of loss,” when she realized she wouldn’t be able to offer the usual range of programming. So she got creative.

“As a nod to Poetry Month, in late March I posted a link on our Facebook page to a tweet from Patrick Stewart, who has been performing one Shakespeare sonnet a day,” she said in an email. Palmer said a former library co-worker and local poet, Aja Beech, got in touch and asked if there was a way she could help out.

“Together, we cooked up the idea of regular [Facebook] posts in which local poets could share their own — or another Philadelphia-area poet’s work. We would also post writing prompts connected to each post,” Palmer said. 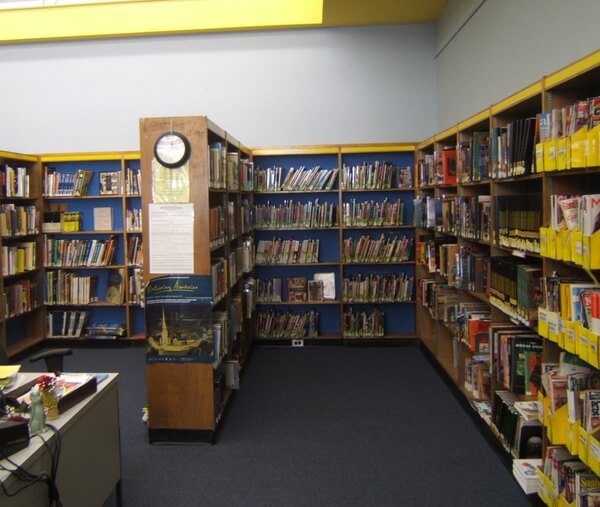 Recent posts have featured poems by Ursula Rucker and Charles Harper Webb, among others.

Asked for her favorite poem, Palmer says it’s “Nosotros los hombres” [“We men” or “We humans”],” by the Costa Rican poet Jorge DeBravo (You can hear it in its original Spanish here).

And asked for the poet who most exemplifies Philadelphia, she chose Sonia Sanchez, who’s “one of our city’s most well-known contemporary poets. But Philly is rich in poetry.”

At a tumultuous time, Palmer said poetry is the perfect balm. If you want to participate, you can visit the library’s Facebook page here.

“For me, reading poetry (and writing it) is grounding,” she said. “A poem cuts past the surface level of our anxieties, expanding our awareness of what is essential, what is true and alive in this moment.”

Which is something we could all use a bit more of these days.

Our Stuff.
Stephen Caruso was in the thick of Monday’s anti-lockdown protest in front of the Capitol on Monday. He filed this report.

In the midst of the protest, Gov. Tom Wolf announced a phased reopening of the state starting May 8. Associate Editor Cassie Miller has the details. Miller also caught up with state lawmakers concerned about the state’s massive backlog of unemployment claims.

NEPA Correspondent Patrick Abdalla was on-hand for the opening of the state’s newest drive-thru testing site at Mohegan Sun Arena in Luzerne County. It will not surprise you to learn that security was tight.

Erie Correspondent Hannah McDonald has everything you need to know about the first day of drive-up liquor sales at more than 175 state-owned liquor stores across Pennsylvania.

From our partners at the Philadelphia Tribune: A new small business task force has been charged with reimagining the city’s post-pandemic economy.

From our partners at the Pittsburgh Current, a Braddock, Pa., restaurant owner who posted pictures of himself on Facebook imitating state Health Secretary Dr. Rachel Levine backpedaled and removed them after getting a social media shaming.

On our Commentary Page, opinion regular Fletcher McClellan points out the big difference between President Donald Trump and state governors. And Misericordia University professor Stacy Gallin says we need to pass down a story of unity from generation to generation about COVID-19.

Elsewhere.
Miss your local coffee shop? These Philly baristas told the Inquirer how you can up your game at home.
There’s now a paid sick leave bill pending before Allegheny County Council. Pittsburgh City Paper has the details.
Healthcare workers reacted to Monday’s protest at the Capitol, telling PennLive they didn’t want to see protesters in their ICUs.
After 16 COVID-19 deaths, a Lehigh Valley nursing home offered an explanation, the Morning Call reports.

Philly food banks have been hit by a ‘double whammy’ during the pandemic, WHYY-FM reports.
The PA Post has more details on Gov. Tom Wolf’s expected veto of a bill that would have allowed more businesses to reopen.
Politico has moved U.S. Rep. Brian Fitzpatrick’s R-1st District, re-election campaign from ‘toss-up’ to ‘leans Republican’ (via PoliticsPA).
With protests spreading, Stateline.org looks at the steps that states are taking to avoid aggravating public sentiment.
U.S. House Speaker Nancy Pelosi, D-Calif., says the next COVID-19 aid package is ‘down to the fine print,‘ Roll Call reports.

What Goes On.
The House and Senate are both in action today.
Here’s the day’s committee action in the House:

Heavy Rotation.
Here’s a bit of tropical house from Kygo to get your morning rolling. It’s ‘Freedom.‘

Tuesday’s Gratuitous Baseball Link.
MLB.com ranks every MVP of the last 20 years. Did they get it right?